The newly discovered issue could undermine efforts by Boeing and airlines to restore passenger confidence in the plane and as the company works to resolve quality issues that have dogged some of its commercial and military jets.

The potential problem also creates operational headaches for U.S. airlines just as travel has started to pick up again, forcing some to cancel flights and reaccommodate customers or quickly substitute jets as flights have been getting fuller.

Boeing said it had told 16 MAX operators to inspect their jets for a potential electrical problem that was discovered during assembly of a plane being built in Seattle. Some carriers were alerted to the problem overnight or early Friday morning. The four U.S. airlines that fly the MAX said they had pulled 67 of the planes from schedules.

The Federal Aviation Administration said in a statement that a manufacturing issue that could affect the operation of a backup power control unit, and said it would ensure the issue was addressed. Boeing on Friday said it is working with the FAA on resolving the issue and was continuing production of the MAX.

The MAX re-entered service in December having been grounded since March 2019 following two fatal accidents which claimed 346 lives. Boeing has delivered 89 new planes since the MAX was ungrounded, according to data provider Ascend by Cirium.

Boeing said it was too early to know how long it would take to inspect the planes, ensure that the affected part is correctly installed and make any required fixes.

Fewer than 100 planes in airline fleets around the world could be affected by the potential problem, according to people familiar with the matter. Federal regulators don't consider it to be an immediate safety issue, one of the people said.

In another new snag for the company, Boeing found that a particular type of motor that moves the MAX's horizontal stabilizer could be prone to problems, a spokeswoman said late Friday. The specific version of the motor had been installed on seven MAX aircraft, and has been replaced on five of them. The remaining two will have the part replaced before they fly again, she said.

"This is not a safety issue; in the event of a failure, the airplane remains capable of continued safe flight and landing," she said. The Seattle Times previously reported the issue with the motors. American Airlines Group Inc. said it removed the component from two of its planes.

Until now, the MAX's reintroduction had gone smoothly. Carriers have said few customers were seeking to avoid the plane. Airlines had been flying 175 of the jets, most of them manufactured before the prolonged grounding, according to Ascend by Cirium.

While thousands of airliners remain parked, airlines have been eager to take new jets such as the MAX that are more fuel efficient. And Boeing has won new orders for the MAX, including from Southwest Airlines Co., the jet's largest customer.

Boeing is relying heavily on the resumption of MAX deliveries to generate cash and reverse heavy losses caused by the grounding of the global MAX fleet and the pandemic-driven travel slowdown. Boeing shares were down 1.4% in midday trading.

The workhorse jet has faced intense scrutiny from regulators and was finally cleared by U.S. authorities in November to fly again, with others including Brazil and the European Union following suit.

Regulators have looked at Boeing's production system, as well as the redesign of the faulty flight control system implicated in the two crashes. Boeing also addressed other problems that emerged during the review, including electrical wires that were laid out in a potentially hazardous way, and debris that workers mistakenly left in fuel tanks or other interior spaces of MAX aircraft.

The company has been producing a small number of planes, but planned to boost monthly output to more than 30 early next year.

The electrical issue relates to a component unrelated to the automated flight-control system malfunction that led to the crashes of planes flown by Indonesia's Lion Air in October 2018 and Ethiopian Airlines in March 2019, according to a Boeing spokesperson.

David Seymour, chief operating officer of American Airlines, said in a message to employees Monday that Boeing had traced the issue to a production change made in the installation process that occurred after American had received its last aircraft before the grounding.

The airline said it took 17 of its most recently-delivered MAX aircraft out of service to complete necessary inspections. American still has 24 other MAX jets in its fleet that it said were produced before the plane was recertified by regulators last year.

Southwest said 30 of its 58 MAX jets were involved and had been removed from flying, but didn't expect its operations to be affected as the pandemic-driven travel slowdown has left it with surplus jets.

United Airlines Holdings Inc. said it was taking 16 MAX jets out of service, out of the 30 it has in its fleet. The airline said it was working to cover the flying with other planes and didn't have an estimate of when it would be able to bring back the affected MAX jets.

Alaska Air Group Inc. said it had taken all four of its MAX jets out of service for inspection.

More than 100 MAX jets have re-entered service since regulators cleared the plane to restart commercial service, with Boeing working through a backlog of 400 undelivered jets as well as 380 operating when regulators grounded the global fleet.

Write to Alison Sider at alison.sider@wsj.com and Doug Cameron at doug.cameron@wsj.com 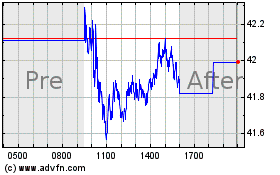