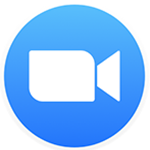 The San Jose, Calif.-based company, whose video-conferencing tools are being used by millions of people working from home during the pandemic, last week launched OnZoom, among other features. Hosts and organizers can advertise their virtual events via OnZoom -- yoga classes, cooking sessions, art workshops, for example -- and include them in an open directory, potentially attracting new customers.

Zoom has seen rapid growth since the beginning of the pandemic, with revenues rising 355% to $663.5 million in the quarter ended July 31 compared with the prior year period. The company is forecast to book roughly $2.4 billion in revenue for its current fiscal year, up from $622.7 million in the previous fiscal year.

Zoom recently introduced Zoom Phone, a voice-over-internet protocol phone service, and Zoom Rooms, a conference room system, to broaden its portfolio. It also presented an end-to-end encryption service following concerns earlier this year about its privacy protections, and a tool to integrate applications such as Slack into its platform.

The company plans to charge hosts, who usually take a fee for their virtual events advertised on OnZoom, next year, said Kelly Steckelberg, the chief financial officer.

"We are in the early stages of this," she said, referring to the company's plans to monetize the new offering. "There will be some way of charging hosts."

Zoom expects the events platform to contribute to its revenue in the fiscal year ending in January 2022, Ms. Steckelberg added.

The company currently generates the majority of its revenue from the monthly subscriptions companies pay for using its communications platform. OnZoom could provide additional growth as in-person events remain restricted in many parts of the country, said Dan Romanoff, an analyst at Morningstar Research Services LLC.

"I like that it is an extension of the company's service into a new but highly related area to its core business which should help with monetization," said Joseph Bonner, an analyst at Argus Research.

Zoom is facing competition from other video-conferencing providers, including Cisco Systems Inc.'s Webex or Microsoft Corp.'s Teams, forcing it to build out its product range. "Demand is spiking in an unprecedented way right now. There is room for multiple winners in my view," Mr. Romanoff said.

OnZoom could become a feature designed for paying users to expand their own content and services through Zoom, said Tom Roderick, an analyst at Stifel Financial Corp., an investment banking firm.

"I don't necessarily foresee it becoming its own revenue category as a function of revenue-sharing, but rather, an appealing branding tool to incentivize consumer-facing businesses to sign up for premium levels of Zoom usage," Mr. Roderick said. OnZoom is currently available only to paying customers.

Ms. Steckelberg's focus will be on pricing the new product and evaluating its financial success, Mr. Bonner said. Forecasting demand for a new solution such as OnZoom could pose a challenge, Mr. Romanoff said, adding that it might require some additional investments in infrastructure.

"We can scale both ends of the spectrum," she said. 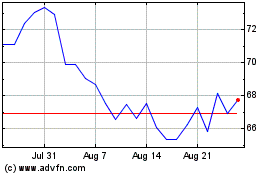 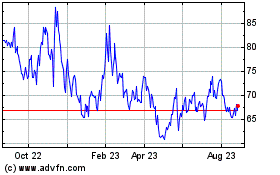 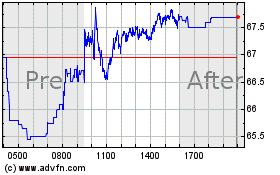