Indicate by check mark if the registrant is submitting the Form 6-K in paper as permitted by Regulation S-T Rule 101(b)(1): o

Indicate by check mark if the registrant is submitting the Form 6-K in paper as permitted by Regulation S-T Rule 101(b)(7): o

Yatra Announces Board of Director Changes

Yatra Online, Inc., (“Yatra”) today announced that Terrapin’s nominee director Sanjay Arora is resigning from Yatra’s Board of Directors due to other commitments and will be replaced by Stephen Schifrin who has served as an observer on Yatra’s board since December 2016.  Mr. Arora’s resignation will be effective April 30th, 2021 and Mr. Schifrin’s effective appointment date to the Board will be May 1st , 2021.

Mr. Dhruv Shringi, Co-Founder and CEO of Yatra said, “Sanjay has been a strong and committed member of the Yatra Board and has chaired and served on numerous board committees during his long and valued tenure. I would like to personally thank him for his leadership and positive support. At the same time, I take the opportunity to welcome Mr. Schifrin as a Board Member. Mr. Schifrin has been a valuable board observer since our IPO in December 2016 and we look forward to his continued contribution to our business. Given Stephen’s tenure as an observer on Yatra’s board, expect the transition to be a seamless one.” 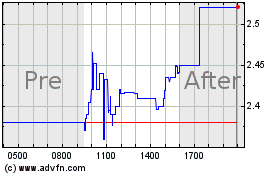