Major indexes had been wavering between small gains and losses for much of the session before the swift shift in sentiment. The S&P 500 and the Dow Jones Industrial Average dropped 1.2%, while the technology-heavy Nasdaq Composite fell 1.3%.

Bloomberg News reported Thursday afternoon that Mr. Biden is planning a capital gains tax increase to as high as 39.6%, an increase from the current 20%.

The planned tax increase is far from a surprise, but the fall in stocks is the markets' knee jerk reaction, said Quincy Krosby, chief market strategist at Prudential Financial.

Shares of Equifax jumped 17% after the credit-reporting agency late Wednesday raised financial projections for the year and said it expects to buy back more than $100 million worth of stock.

Blackstone Group shares gained 3.6% after the private-equity firm swung to a record profit of $1.75 billion in the first quarter.

Intel and Snap are among companies scheduled to report results after markets close.

Some investors are wary of the earnings to come. "We're just going to have to see [what happens] when you take away the stimulus and the cash payments," said Kimberly Woody, a senior portfolio manager at Globalt Investments. "We're kind of on a sugar high."

Bond yields steadied. The 10-year U.S. Treasury yield ticked down to 1.563% from 1.566% Wednesday. Yields, which move in the opposite direction to bond prices, have fallen from a high of 1.749% in late March.

In overseas markets, shares of tech and utility companies led the Stoxx Europe 600 up 0.7%.

Shares of Credit Suisse Group fell 3% after the Swiss lender said it would issue new shares after losses from Archegos Capital Management wiped out a strong first quarter. Renault shares lost 1.3% after the French car maker said revenue fell in the first quarter. 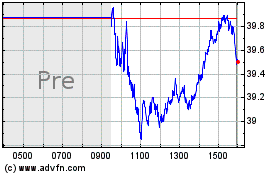