vTv Therapeutics Inc.
(Exact name of registrant as specified in its charter)

On December 23, 2020, Jeffrey B. Kindler resigned from the Board of Directors of vTv Therapeutics, Inc. (the “Company”), effective as of such date.  Mr. Kindler did not resign as a result of any disagreement with the Company relating to the Company’s operations, policies or practices.

On December 30, 2020, the Board of Directors (the “Board”) of vTv Therapeutics Inc. (the “Company”), upon recommendation of the Nominating and Corporate Governance Committee of the Board, appointed Robin E. Abrams, as Executive Chairman and a member of the Board, effective immediately.  Ms. Abrams will serve a term through the date of the next annual meeting of the Company’s stockholders.  In addition, Ms. Abrams will serve as a member of the Nominating and Corporate Governance Committee. In connection with her appointment, Ms. Abrams resigned from her role as Executive Vice President and General Counsel of the Company, a position which she has held since 2016.

In connection with her appointment as Executive Chairman, the Company entered into a services agreement with Ms. Abrams. The services agreement provides for a base fee of not less than $250,000. Ms. Abrams is also eligible to receive annual cash and equity performance bonuses in respect of each completed fiscal year as determined by the Compensation Committee of the Company. The services agreement does not specify the performance metrics and goals for the annual target cash and equity awards, which metrics and goals will be established by the Compensation Committee. Any such equity awards will generally vest in three equal installments of 33.33% on each anniversary of the date of grant, subject to continued performance of services on the applicable vesting date (provided that upon certain qualifying terminations, such awards shall vest in full). The services agreement contains a customary one-year post termination non-compete and non-solicit and other customary terms.

Though the services agreement with Ms. Abrams does not provide for severance, it does provide for full acceleration of vesting of outstanding equity awards upon certain qualifying terminations of services.

Ms. Abrams is General Counsel and Chief Administrative Officer of SIGA Technologies, Inc. a position she has held since April 2016.  Prior to her roles at SIGA and the Company, Ms. Abrams had an extensive career in the pharmaceutical industry and served as an Assistant United States Attorney in the Southern District of New York.

David M. Lambert III (“Trey”) has been promoted to Senior Vice President and General Counsel in connection with Ms. Abrams’ appointment as Executive Chairman and resignation as Executive Vice President and General Counsel, as more fully described in Item 5.02 above.  Mr. Lambert was previously Vice President, Senior Counsel for the Company, a role he has held since 2016.  Prior to his role at the Company, Mr. Lambert was an associate at Latham & Watkins LLP in its Washington, D.C. office and at Womble Bond Dickinson in its Winston-Salem, NC office.  Mr. Lambert holds a J.D. and an MBA from the University of North Carolina at Chapel Hill. 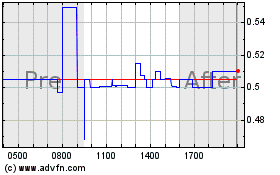