Vistagen (NASDAQ: VTGN) a late clinical-stage biopharmaceutical company aiming to transform the treatment landscape for individuals living with anxiety, depression and other central nervous system (CNS) disorders, today announced the U.S. Food and Drug Administration (FDA) has granted Fast Track designation for the development of PH10, one of the Company’s investigational nasal sprays, for the treatment of major depressive disorder (MDD). The FDA’s Fast Track program facilitates the expedited development and review of new drugs that are intended to treat serious or life-threatening conditions and demonstrate the potential to address unmet medical needs, with the intention to bring promising new medicines to patients sooner.

“Vistagen is laser focused on bringing an innovative treatment option to individuals suffering with debilitating depression. The FDA’s grant of the Fast Track designation for the development of PH10 in major depressive disorder is a significant regulatory milestone, aligned with our belief in PH10’s potential to improve the standard of care in a significant market where new and differentiated treatments are urgently needed,” stated Shawn Singh, Chief Executive Officer of Vistagen. “Nearly two-thirds of diagnosed and treated depression patients do not achieve remission with a first line therapy. With 21 million adults in the U.S. suffering at least one major depressive episode in the past year, potentially millions of individuals are not getting the help they need. We look forward to working with the FDA’s Fast Track program as we advance development of PH10 in the United States.”

The FDA’s decision is informed by the results of Vistagen’s nonclinical studies and three prior clinical studies of PH10, including a Phase 2A clinical study in MDD. At a 6.4 μg dose administered intranasally twice daily for 8 weeks in the published randomized, double-blind, placebo-controlled parallel design Phase 2A study of PH10 in MDD, PH10 significantly reduced depressive symptoms as early as one week based on the 17-item Hamilton Depression Scale (HAM-D-17) scores compared to placebo (p = 0.022). PH10 was well-tolerated and did not cause psychological side effects (such as dissociation or hallucinations) or other safety concerns that may be associated with other approved pharmacological therapies for MDD. More information about the PH10 Phase 2A study in MDD can be found in the peer-reviewed article, A Placebo Controlled Trial of PH10: Test of a New Rapidly Acting Intranasally Administered Antidepressant, published in the November-December 2019 edition of the British Journal of Pharmaceutical and Medical Research. For more information on the FDA’s Fast Track designation, please visit https://www.fda.gov/patients/fast-track-breakthrough-therapy-accelerated-approval-priority-review/fast-track.

PH10 is an investigational pherine nasal spray designed with a potential rapid-onset mechanism of action (MOA) that is fundamentally differentiated from the MOA of all currently approved treatments for depression disorders. PH10, which is administered at microgram-level doses, engages and activates chemosensory neurons in the nasal passages, connected to neural circuits in the brain that produce antidepressant effects. Specifically, PH10’s proposed MOA involves binding to receptors for chemosensory neurons in the nasal passages to regulate the olfactory amygdala “fear on” neural circuits believed to increase activity of the limbic-hypothalamic sympathetic nervous system and increase the release of catecholamines. Importantly, unlike all currently approved oral antidepressants and rapid-onset ketamine-based therapy (KBT), including both intravenous ketamine and intranasal ketamine, we believe PH10 does not require systemic uptake to produce rapid-onset of antidepressant effects and does not cause the side effects and safety concerns potentially associated with rapid-onset KBT.

Vistagen (Nasdaq: VTGN) is a late clinical-stage biopharmaceutical company aiming to transform the treatment landscape for individuals living with anxiety, depression and other CNS disorders. The Company is advancing therapeutics with the potential to be faster-acting, and with fewer side effects and safety concerns, than those that are currently available. Vistagen’s clinical-stage candidates are targeting multiple forms of anxiety and depression. PH94B and PH10 belong to a new class of drugs known as pherines, which are odorless and tasteless investigational neuroactive steroids designed with a novel rapid-onset mechanism of action that activates chemosensory neurons in the nasal passages and can impact the olfactory-amygdala neural circuits without systemic uptake or direct activity on CNS neurons in the brain. Vistagen is passionate about transforming mental health care and redefining what is possible in the treatment of anxiety and depression. Connect at www.Vistagen.com.

This press release contains certain forward-looking statements within the meaning of the federal securities laws. These forward-looking statements involve known and unknown risks that are difficult to predict and include all matters that are not historical facts. In some cases, you can identify forward-looking statements by the use of words such as “may,” “could,” “expect,” “project,” “outlook,” “strategy,” “intend,” “plan,” “seek,” “anticipate,” “believe,” “estimate,” “predict,” “potential,” “strive,” “goal,” “continue,” “likely,” “will,” “would” and variations of these terms and similar expressions, or the negative of these terms or similar expressions. Such forward-looking statements are necessarily based upon estimates and assumptions that, while considered reasonable by Vistagen and its management, are inherently uncertain. As with all pharmaceutical products, there are substantial risks and uncertainties in the process of development and commercialization, and actual results or developments may differ materially from those projected or implied in these forward-looking statements. Among other things, there can be no guarantee that any of the Company’s drug candidates will successfully complete ongoing or future clinical trials, receive regulatory approval or be commercially successful. Other factors that may cause such a difference include, without limitation, risks and uncertainties relating to the Company’s ongoing clinical studies of PH94B, PH10 and AV-101; delays in launching, conducting and/or completing ongoing and/or planned clinical trials, including delays or other adverse effects due to the COVID-19 pandemic; fluctuating costs of materials and other resources required to conduct the Company’s ongoing and/or planned clinical and non-clinical trials; market conditions; the impact of general economic, industry or political conditions in the United States or internationally; and other technical and unexpected hurdles in the development, manufacture and commercialization of the Company’s CNS drug candidates. These risks are more fully discussed in the section entitled "Risk Factors" in the Company’s most recent Annual Report on Form 10-K for the fiscal year ended March 31, 2022 and in the Company’s most recent Quarterly Report on Form 10-Q for the quarter ended September 30, 2022, as well as discussions of potential risks, uncertainties, and other important factors in our other filings with the U.S. Securities and Exchange Commission (SEC). The Company’s SEC filings are available on the SEC’s website at www.sec.gov. You should not place undue reliance on these forward-looking statements, which apply only as of the date of this press release and should not be relied upon as representing the Company’s views as of any subsequent date. The Company explicitly disclaims any obligation to update any forward-looking statements, other than as may be required by law. If the Company does update one or more forward-looking statements, no inference should be made that the Company will make additional updates with respect to those or other forward-looking statements. 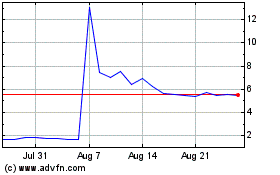 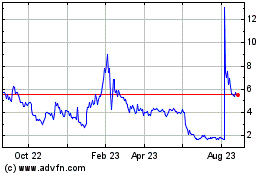 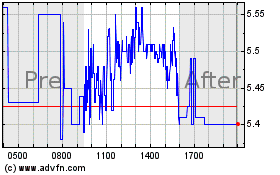