Members Exchange, or MEMX, executed its first trade at 7:48 a.m. ET, with 100 shares of Consolidated Edison Inc. changing hands for $73.90 a share. Initially the exchange will handle trades in seven stocks, including Alphabet Inc. and Exxon Mobil Corp. On Sept. 29, MEMX plans to extend trading to all U.S. exchange-listed securities.

Traders and analysts expect MEMX to be a formidable competitor to the incumbent exchanges. The New Jersey-based startup has raised more than $135 million from firms including Charles Schwab Corp., Citadel Securities, Goldman Sachs Group Inc. and Virtu Financial Inc. Backers of MEMX are expected to direct some of their trading activity to MEMX, helping it get off the ground.

"There hasn't been a launch of a new market in U.S. equities for a long time that's had as good a chance of success," said Matthew Andresen, founder of Headlands Technologies LLC, a trading firm that isn't involved in the MEMX launch.

The consortium behind MEMX came together after years of frustration among banks and trading firms with the fees charged by the major exchanges. Many Wall Street firms say the exchanges abuse their dominant position in the marketplace to overcharge for market data and other key services. The big three exchange operators say their fees are reasonable and deny abusing their market power.

MEMX plans to undercut the big exchanges on price, initially giving away its data.

New exchanges often fail because traders gravitate toward markets where there are already many other participants to trade with -- a powerful factor in favor of incumbents. MEMX hopes to attract trading activity with a lavish promotional-pricing scheme. Drawing on its cash hoard, it will pay out more in rebates than it collects in transaction fees. Such a strategy means MEMX will lose money, at least initially, as it tries to build a liquid marketplace.

"We're prepared to be aggressive and lose money on every transaction to get people to participate," MEMX Chief Executive Jonathan Kellner said in an interview.

MEMX will also use new technology built from scratch to provide a better trading platform than those offered by the established exchanges, Mr. Kellner said. MEMX's tech team includes veterans of Nasdaq and Virtu.

Still, there's no guarantee MEMX will succeed. Incumbents like NYSE and Nasdaq may respond with aggressive rebates and price schemes of their own to avoid losing market share, said Shane Swanson, senior analyst at research firm Greenwich Associates.

"It's a highly competitive environment," Mr. Swanson said. "The other exchanges aren't going to just sit there."

MEMX's rollout comes amid a flurry of launches of new U.S. stock exchanges.

These include the Long-Term Stock Exchange, which went live in late August. LTSE, which is backed by an array of Silicon Valley entrepreneurs and venture-capital firms, plans to list companies that favor long-term strategic thinking over hitting short-term financial targets.

On Friday, options-exchange operator Miami International Holdings Inc. plans to kick off trading at its first U.S. stock exchange, called MIAX Pearl Equities, which is being positioned as a low-cost, tech-savvy competitor to the NYSE and Nasdaq.

Yet another startup, called Dream Exchange, plans to apply for stock-exchange status with the Securities and Exchange Commission next year, according to its founder and CEO, Joe Cecala. Dream Exchange aspires to be a listing venue for early-stage companies, with an emphasis on minority-owned businesses. 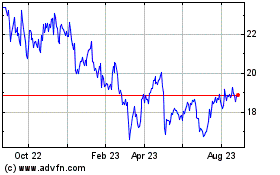 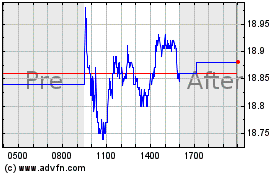