On April 29, 2021, the Company held the Special Meeting in lieu of the 2021 annual meeting of the Company’s stockholders, at which holders of 45,423,288 shares of common stock (consisting of 33,923,288 shares of Class A Stock and 11,500,000 shares of Class B Stock) were present in person or by proxy, representing 78.99% of the voting power of the shares of the Company’s common stock as of April 14, 2021, the record date for the Special Meeting, and constituting a quorum for the transaction of business. Each of the proposals listed below is described in more detail in the Proxy Statement, and incorporated herein by reference. A summary of the voting results at the Special Meeting for each of the proposals is set forth below:

1. The stockholders approved that certain Agreement and Plan of Merger dated December 8, 2020 by and among the Company, Hydrate Merger Sub I, Inc., a Delaware corporation and wholly owned subsidiary of the Company (“Merger Sub I”), Hydrate Merger Sub II, LLC, a Delaware limited liability company and wholly owned subsidiary of the Company (“Merger Sub II”), LCP Edge Intermediate, Inc., a Delaware corporation and indirect parent of Edge Systems LLC d/b/a The HydraFacial Company (“HydraFacial”), and LCP Edge Holdco, LLC (“LCP,” and, in its capacity as the stockholders’ representative, the “Stockholders’ Representative”) (the “Merger Agreement”) and transactions contemplated thereby, including (i) the merger of Merger Sub I with and into HydraFacial, with HydraFacial continuing as the surviving corporation (the “First Merger”) and (ii) immediately following the First Merger and as part of the same overall transaction as the First Merger, the merger of HydraFacial with and into Merger Sub II, with Merger Sub II continuing as the surviving entity (the “Second Merger” and, together with the First Merger, the “Mergers” and, together with the other transactions contemplated by the Merger Agreement, the “Business Combination”). 2,672,690 shares of Class A Stock were presented for redemption in connection with the Business Combination. The voting results for this proposal were as follows:

2. The stockholders approved, for purposes of complying with applicable Nasdaq listing rules, the issuance of more than 20% of the Company’s issued and outstanding common stock in connection with the Business Combination and a private placement pursuant to which certain investors have agreed to purchase an aggregate of 35,000,000 shares of Class A Stock. The voting results for this proposal were as follows:

3. The stockholders adopted the Second Amended and Restated Certificate of Incorporation of the Company (the “A&R Certificate”). The voting results for this proposal were as follows:

4A. To amend the Company’s Amended and Restated Certificate of Incorporation (the “Existing A&R Certificate”) to change the stockholder vote required to amend certain provisions of the post-combination company’s proposed certificate and bylaws:

Group”) and their respective successors and affiliates or their transferees or any person whose ownership of shares in excess of the 15 percent limitation set forth therein is the result of any action taken solely by the Company from the definition of “interested stockholder,” and to make certain related changes:

4D. To amend the Existing A&R Certificate to provide that certain transactions are not “corporate opportunities” and that each of BLS Investor Group, Linden Manager III LP (an affiliate of LCP, the majority owner of HydraFacial), DW Management Services, L.L.C. (an affiliate of DW Healthcare Partners IV (B), L.P., a minority owner of HydraFacial) and the investment funds affiliated with the foregoing and their respective successors and affiliates and all of their respective partners, principals, directors, officers, members, managers, equity holders and/or employees, including any of the foregoing who serve as officers or directors of the Company, will not be subject to the doctrine of corporate opportunity:

5. The stockholders elected seven directors to serve staggered terms on the Company’s board of directors until the 2022, 2023 and 2024 annual meetings of stockholders, as applicable, and until their respective successors are duly elected and qualified. The voting results for each nominee were as follows:

6. The stockholders approved the 2021 Plan, including the authorization of the initial share reserve under the 2021 Plan. The voting results for this proposal were as follows:

7. The stockholders approved the ESPP, including the authorization of the initial share reserve under the ESPP. The voting results for this proposal were as follows:

8. The stockholders approved the proposal to adjourn the Special Meeting to a later date or dates, if necessary, to permit further solicitation and vote of proxies if there are insufficient votes for, or otherwise in connection with, the approval of proposals 1, 2, 3 and 5 described above. The voting results for this proposal were as follows: 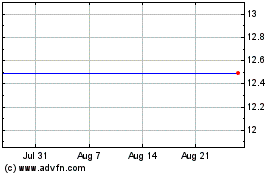 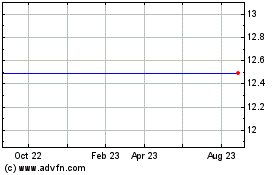 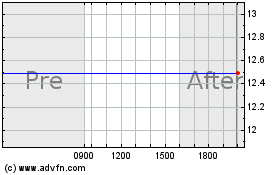