Shares of Verrica Pharmaceuticals Inc. plunged more than 50% and hit a new all-time low on Wednesday after the dermatology therapeutics company's latest setback in its bid to win regulatory approval for its lead drug candidate.

Verrica late Tuesday said the U.S. Food and Drug Administration again turned away its application for VP-102 for the skin disease molluscum contagiosum due to problems at the contract manufacturing plant where the drug is made in bulk.

The FDA initially rejected Verrica's application for VP-102 in July 2020, asking for additional details on some aspects of the company's chemistry, manufacturing and controls process and human factors validation.

The agency again rejected Verrica's application last September, in part due to issues identified during an inspection of the contract manufacturing plant, owned by privately-held Sterling Pharmaceuticals Services LLC.

Verrica said it believed the issues had been resolved to the FDA's satisfaction when it resubmitted its application in November, but the company on Tuesday said an FDA reinspection of the plant found deficiencies that resulted in Sterling being placed on "Official Action Indicated" status, meaning the agency will recommend regulatory and/or administrative actions.

Verrica said that the FDA, in its complete response letter indicating that the agency won't approve the VP-102 application in its current form, didn't identify any deficiencies other than those at the Sterling plant and that none of the issues the FDA found during reinspection were specific to the manufacturing of VP-102.

The West Chester, Pa., company said that the FDA had no open questions on its review of the application and was ready to communicate the VP-102 label, but that agency policy prevents it from communicating a label and approving a drug when a contract manufacturing organization is on Official Action Indicated status.

Following the latest setback, analysts Gregory Renza and Yinglu Zhang at RBC Capital Markets lowered their recommendation on Verrica shares to sector perform from outperform and cut their price target on the shares to $4 from $16, saying they are moving to the sidelines as they await clarity on a new path to approval.

Verrica said it is working to help Sterling address the issues the FDA identified, and that it is also engaging another contract manufacturing organization as an alternative supplier of VP-102's bulk solution.

The company also said PBM Capital, a healthcare-focused investment firm run by Paul Manning, Verrica's chairman and largest shareholder, has expressed its continued support and that it is confident it will have access to adequate capital to fund its operations through the potential approval of VP-102 for molluscum, a highly contagious viral skin disease for which there are currently no FDA-approved treatments.

The RBC analysts said while an attractive molluscum end-market awaits VP-102, they expect a relatively longer timeline toward potential deficiency resolution and resubmission of the application given the greater severity of issues at Sterling and the potential switch to a new supplier.

Verrica shares were recently changing hands at $2.23, down nearly 60%, after falling to $2.20--their lowest level since the company went public in June 2018--early in the session. 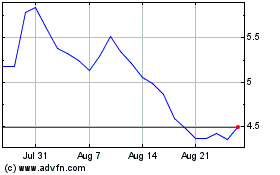 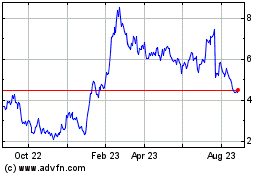 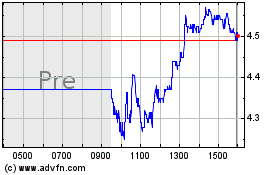