Effective January 20, 2022, Mr. Jeffrey Clayborne (“Mr. Clayborne”), Verb Technology Company, Inc.’s (the “Company”) Chief Financial Officer and Treasurer, resigned from the Company and, as further described below, is being replaced by Salman H. Khan (“Mr. Khan”), who joined the Company in May 2021, following his role as business division Chief Financial Officer, among other senior executive level positions at Occidental Petroleum Corporation (NYSE: OXY) and its spinoff, California Resources Corporation (NYSE: CRC), a New York Stock Exchange listed company with a market capitalization of approximately $3.5 billion. Mr. Clayborne will remain with the Company as a consultant to assist with transition matters. Mr. Clayborne’s departure is not due to a dispute or disagreement with the Company.

Effective January 20, 2022, the Company appointed Mr. Khan, age 43, as its Interim Chief Financial Officer, Treasurer, Principal Financial Officer and Principal Accounting Officer. Mr. Khan will oversee the Company’s mergers and acquisitions, capital markets, investor relations, financial reporting, financial planning and analysis and accounting functions. Mr. Khan previously served as the Company’s Executive Vice President of Corporate Development and Strategic Planning, and in that capacity worked closely with the Company’s CEO in connection with mergers and acquisitions and capital markets activities, and with the Company’s finance teams, and as such is thoroughly familiar with the Company’s financial systems and processes. Mr. Khan has more than 20 years of finance and accounting experience and has held senior executive level leadership roles at business divisions of OXY and CRC, including the role of business division Chief Financial Officer. During his time at OXY and CRC, Mr. Khan led the companies’ corporate development and finance initiatives, and established a renewable energy business. Mr. Khan previously spent eight years at Arthur Andersen, PricewaterhouseCoopers and Ernst & Young, where he served domestic and international clients in the technology, media, telecommunications, entertainment, and biotechnology industries. Mr. Khan holds a Masters in Business Administration from the University of Michigan, Ross School of Business and is a licensed chartered certified accountant (UK).

The Compensation Committee of the Company’s Board of Directors will make recommendations with respect to Mr. Khan’s new employment agreement and compensation. The Company will file a subsequent Current Report on Form 8-K to disclose such new arrangements.

There are no arrangements or understandings between Mr. Khan and any person other than with the Company pursuant to which he was appointed as Interim Chief Financial Officer, Treasurer, Principal Financial Officer or Principal Accounting Officer. There is no family relationship between Mr. Khan and any director or executive officer of the Company or any person nominated or chosen to become a director or executive officer of the Company. Mr. Khan has no direct or indirect material interest in any transaction required to be disclosed pursuant to Item 404(a) of Regulation S-K.

Verb Technology (NASDAQ:VERB)
Historical Stock Chart
From Apr 2022 to May 2022 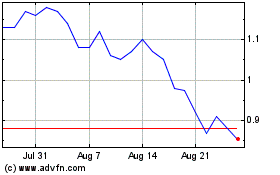 Verb Technology (NASDAQ:VERB)
Historical Stock Chart
From May 2021 to May 2022 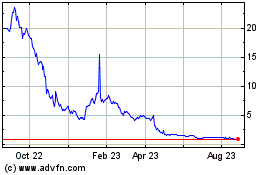 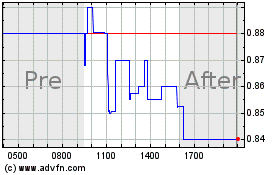