The Transportation Department said it fined United Airlines Holdings Inc. $1.9 million for violating the department's rule prohibiting long tarmac delays, the largest fine it has issued for such violations.

The department on Friday said its Office of Aviation Consumer Protection found that the airline allowed 20 domestic flights and five international flights at various U.S. airports between December 2015 and February 2021 to remain on the tarmac for a lengthy period without providing passengers the opportunity to deplane. The delays affected 3,218 passengers, it said.

A United spokesman said the 25 flights were out of nearly 8 million flights operated by United and United Express during the timeframe. Since 2015, the company has implemented a diversion-monitoring system that identifies available airports for a flight affected by weather and invested in ground-service equipment, he said.

"We remain committed to fully meeting all DOT rules and will continue identifying and implementing improvements in how we manage difficult operating conditions while maintaining the safety of our customers and employees," the spokesman said.

At U.S. airports, airlines operating aircraft with 30 or more passenger seats are prohibited from letting their domestic flights remain on the tarmac for more than three hours and international flights to stay on the tarmac for longer than four hours without giving passengers the opportunity to leave the plane, the department said. The rule for domestic flights went into effect in 2010 and was expanded to international flights in 2011.

The department ordered the airline to cease and desist from future similar violations. 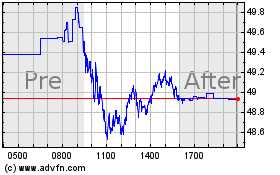