On September 7, 2022, Tyme Technologies, Inc. (“Tyme”) issued a press release announcing the recommendations of the independent proxy advisory firms Glass, Lewis & Co. and Institutional Shareholder Services Inc. with respect to the proposed merger of Tyme with a wholly owned subsidiary of Syros Pharmaceuticals, Inc. A copy of the press release is attached hereto as Exhibit 99.1 and is incorporated herein by this reference.

Pursuant to the requirements of the Securities Exchange Act of 1934, the registrant has duly caused this Form 8-K to be signed on its behalf by the undersigned hereunto duly authorized.

BEDMINSTER, New Jersey, September 7, 2022 – Tyme Technologies, Inc. (NASDAQ:TYME) (“Tyme” or the “Company”), today announced that independent proxy advisory firms Glass, Lewis & Co. (“Glass Lewis”) and Institutional Shareholder Services Inc. (“ISS”) have recommended that Tyme stockholders vote “FOR” the previously announced merger of Tyme and Syros Pharmaceuticals, Inc. (“Syros”) and “FOR” all other matters to be voted upon at the Company’s upcoming Special Meeting of Stockholders (the “Special Meeting”) scheduled for September 15, 2022 at 11:00 a.m., Eastern Time.

As previously announced, on July 3, 2022, Syros and Tyme entered into an Agreement and Plan of Merger, pursuant to which Tyme will merge with a wholly owned subsidiary of Syros. In the merger, it is expected that Syros would issue approximately 74.3 million shares of its common stock to Tyme stockholders to acquire Tyme and Tyme stockholders are expected to receive approximately 0.4312 shares of Syros common stock for each share of Tyme common stock. The actual number of shares to be issued in the merger and the exchange ratio will be subject to adjustment based on the amount of Tyme’s net cash at closing and the number of Tyme shares outstanding at closing. Upon closing of the merger, Tyme will become a wholly owned subsidiary of Syros.

Concurrent with the merger, Syros announced a $130 million private investment in public equity (PIPE) financing at a price per unit of $0.94. New and existing investors in the PIPE which was led by a life sciences-focused investment fund include Syros co-founder and founding investor Flagship Pioneering, Avidity Partners, Deep Track Capital, entities affiliated with Bain Capital Life Sciences, Invus, Samsara BioCapital, Adage Capital Partners LP and Ally Bridge Group, as well as other investors.

Tyme’s Board of Directors recommends that you vote “FOR” the proposed merger.

All Tyme stockholders of record as of the close of business on August 8, 2022 are entitled to vote at the Special Meeting.

Tyme’s stockholders are reminded that their vote is extremely important, no matter how many shares they own. To follow the recommendations of Glass Lewis, ISS and Tyme’s Board of Directors, stockholders should vote “FOR” the proposed merger and “FOR” all other matters to be voted upon at the Special Meeting.

Tyme is an emerging biotechnology company developing cancer metabolism-based therapies (CMBTs™) that are intended to be effective across a broad range of solid tumors and hematologic cancers, while also maintaining patients’ quality of life through relatively low toxicity profiles. Unlike targeted therapies that attempt to regulate specific mutations within cancer, Tyme’s therapeutic approach is designed to take advantage of a cancer cell’s innate metabolic weaknesses to cause cancer cell death.

The Company is currently focused on developing its novel compound, SM-88 and its preclinical pipeline of novel CMBT™ programs. Tyme believes that early clinical results demonstrated by SM-88 in multiple advanced cancers, including prostate, sarcomas and breast, reinforce the potential of its emerging CMBT™ pipeline.

This press release may contain forward-looking statements (including within the meaning of Section 21E of the Securities Exchange Act of 1934, as amended, and Section 27A of the Securities Act of 1933, as amended (the “Securities Act”)) concerning Syros, Tyme, the proposed transactions and other matters. These statements may discuss goals, intentions and expectations as to future plans, trends, events, results of operations or financial condition, or otherwise, based on current beliefs of the management of Syros and Tyme, as well as assumptions made by, and information currently available to, management of Syros and Tyme. Forward-looking statements generally include statements that are predictive in nature and depend upon or refer to future events or conditions, and include words such as “may,” “will,” “should,” “would,” “expect,” “anticipate,” “plan,” “likely,” “believe,” “estimate,” “project,” “intend,” and other similar expressions. Statements that are not historical facts are forward-looking statements. Forward-looking statements are based on current beliefs and assumptions that are subject to risks and uncertainties and are not guarantees of future performance. Actual results could differ materially from those contained in any forward-looking statement as a result of various factors, including, without limitation: the risk that the conditions to the closing of the proposed transactions are not satisfied, including the failure to obtain stockholder approval for the transactions or to complete the PIPE financing in a timely manner or at all; uncertainties as to the timing of the consummation of the transactions and the ability of each of Syros and Tyme to consummate the transaction, including the PIPE financing; risks related to Tyme’s continued listing on the Nasdaq Stock Market until closing of the proposed transactions; risks related to Syros’ and Tyme’s ability to correctly estimate their respective operating expenses and expenses associated with the transactions, as well as uncertainties regarding the impact any delay in the closing would have on the anticipated cash resources of the combined company upon closing and other events and unanticipated spending and costs that could reduce the combined company’s cash resources; the ability of Syros or Tyme to protect their respective intellectual property rights; competitive responses to the transaction; unexpected costs, charges or expenses resulting from the transaction; potential adverse reactions or changes to business relationships resulting from the announcement or completion of the transaction; and legislative, regulatory, political and economic developments.

The foregoing review of important factors that could cause actual events to differ from expectations should not be construed as exhaustive and should be read in conjunction with statements that are included herein and elsewhere, including the risk factors included in the Registration Statement on Form S-4 filed by Syros in connection with the merger (the “Registration Statement”), Syros’ Annual Report on Form 10-K for the year ended December 31, 2021, Syros’ Quarterly Report on Form 10-Q for the quarter ended June 30, 2022, Tyme’s Annual Report on Form 10-K for the year ended March 31, 2022, and Tyme’s Quarterly Report on Form 10-Q for the quarter ended June 30, 2022, each of which is on file with the Securities and Exchange Commission (the “SEC”). In addition, the extent to which the COVID-19 pandemic continues to impact the proposed transactions will depend on future developments, which are highly uncertain and cannot be predicted with confidence, including the duration and severity of the pandemic, additional or modified government actions, and the actions that may be required to contain the virus or treat its impact. Syros and Tyme can give no assurance that the conditions to the transactions will be satisfied. Except as required by applicable law, Syros and Tyme undertake no obligation to revise or update any forward-looking statement, or to make any other forward-looking statements, whether as a result of new information, future events or otherwise.

This communication is not intended to and shall not constitute an offer to buy or sell or the solicitation of an offer to buy or sell any securities, nor shall there be any sale of securities in any jurisdiction in which such offer, solicitation or sale would be unlawful prior to registration or qualification under the securities laws of any such jurisdiction. No offering of securities shall be made, except by means of a prospectus meeting the requirements of the Securities Act.

Syros and Tyme, and their respective directors and executive officers, may be deemed to be participants in the solicitation of proxies in respect of the merger. Information regarding such persons and certain interests they have in the merger is set forth in the Proxy Statement/Prospectus, which may be obtained free of charge from the sources indicated above. 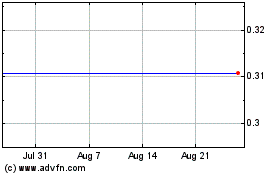 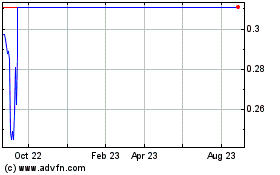 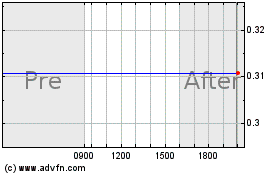