Patterson has been a proven leader throughout his career. Most recently, through June 2021, he was at Amazon, where he held leadership roles in the transportation and healthcare groups. He has scaled operations, programs, and engineering groups from pilot organizations to hundreds of facilities as well as thousands of employees and assets. Prior to Amazon, Patterson was an executive at TTM Technologies (Nasdaq: TTMI), a leading global printed circuit board (PCB) manufacturer, focusing on quick-turn and volume production of technologically advanced PCBs. Patterson has managed manufacturing operations, led multiple aerospace and defence manufacturing plants and was involved in a strategic $1B+ acquisition and restructuring. While at TTM, he oversaw the expansion of its PCB assembly plants and vertical growth within its supply chain. Patterson was also a first adopter of Nano Dimension equipment as he pushed to revolutionize legacy manufacturing processes.

“I am excited by the opportunity to impact the electronics manufacturing industry, an area I know first-hand, and one that is prime for disruption,” commented Patterson. “In speaking with the Nano Dimension team over the last few months, it is worth noting that I am not only excited about the opportunity, but also by the actions they have already taken, the foundation they have built, and the vision we will make a reality.  I have been a proponent of revolutionizing electronics manufacturing since first entering this industry many years ago, and I am thrilled to be part of the company leading the change.”

Nano Dimension is proud to recognize Patterson’s service as a U.S. Navy Submarine Officer following his time at the United States Naval Academy, where he earned a BS in Systems Engineering, which was complemented by an MS in Nuclear Science and Engineering from the Massachusetts Institute of Technology.

Yoav Stern, Chairman and Chief Executive Officer of Nano Dimension, added, “Sean is joining Nano Dimension to head what is planned to be an anchor in our success and a highly important commercial focus – our U.S. operations. Through his extensive experience at Amazon, TTM, and in the U.S. Navy, he was consistently proven to be a leader at every point in his career.  I am convinced that he will serve our customers and shareholders well as we drive transformation across our entire business and industry.”

About Nano Dimension Nano Dimension (Nasdaq: NNDM) is a provider of intelligent machines for the fabrication of Additively Manufactured Electronics (AME). High fidelity active electronic and electromechanical subassemblies are integral enablers of autonomous intelligent drones, cars, satellites, smartphones, and in vivo medical devices. They necessitate iterative development, IP safety, fast time-to-market, and device performance gains, thereby mandating AME for in-house, rapid prototyping and production. The DragonFly LDM® system is being deployed in a wide range of industries, including academic and research institutions, defence, aerospace, autonomous automotive, robotics, and biotech. Its ability to enable on-site prototyping in a matter of hours instead of weeks; create products with better performance; reduce the size and weight of electronic parts and devices; enable innovation; and critically important, protect IP, is a paradigm shift in how industry and research institutions will research, develop, and produce High-Performance Electronic Devices (Hi-PEDs®.) Nano Dimension machines serve cross-industry needs by depositing proprietary consumable conductive and dielectric materials simultaneously, while concurrently integrating in-situ capacitors, antennas, coils, transformers, and electromechanical components, to function at unprecedented performance. Nano Dimension bridges the gap between PCB and semiconductor integrated circuits. A revolution at the click of a button: From CAD to a functional high-performance AME device in hours, solely at the cost of the consumable materials. For more information, please visit www.nano-di.com. 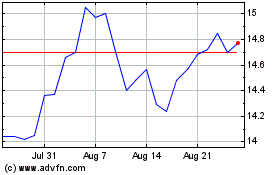 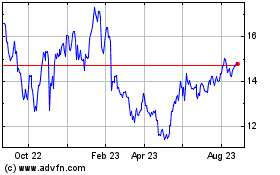 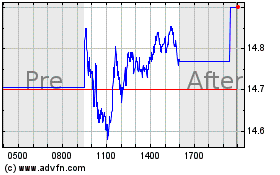