On September 22, 2022, Trevi Therapeutics, Inc. (the “Company”) entered into an underwriting agreement (the “Underwriting Agreement”) with SVB Securities LLC (“SVB Securities”), Stifel, Nicolaus & Company, Incorporated and Oppenheimer & Co. Inc., as representatives of the several underwriters (the “Underwriters”), relating to an underwritten public offering (the “Offering”) of 14,252,670 shares (the “Shares”) of the Company’s common stock, par value $0.001 per share (the “Common Stock”), and, in lieu of Common Stock to certain investors, pre-funded warrants (the “Pre-Funded Warrants”) to purchase 14,247,330 shares of Common Stock (the “Warrant Shares”). All of the Shares and Pre-Funded Warrants are being sold by the Company. The price to the public in the Offering is $1.93 per share, and the price of the Pre-Funded Warrants to the public is $1.929 per Pre-Funded Warrant. Under the terms of the Underwriting Agreement, the Company granted the Underwriters an option, exercisable for 30 days, to purchase up to an additional 4,275,000 shares of Common Stock (the “Additional Shares”), at the same price per share as the Shares.

The Company estimates that the net proceeds from the Offering will be approximately $51.4 million, or approximately $59.1 million if the Underwriters exercise in full their option to purchase Additional Shares, in each case, after deducting underwriting discounts and commissions and estimated offering expenses.

The Shares, the Pre-Funded Warrants and any Additional Shares, will be issued pursuant to a prospectus supplement dated September 22, 2022 and an accompanying base prospectus that form a part of the registration statement on Form S-3 that the Company filed with the Securities and Exchange Commission (“SEC”) (File No. 333-239499) on June 26, 2020 and was declared effective by the SEC on July 2, 2020. The closing of the Offering is expected to take place on or about September 27, 2022, subject to the satisfaction of customary closing conditions.

The Underwriting Agreement contains customary representations, warranties, covenants and agreements by the Company, customary conditions to closing, indemnification obligations of the Company and the Underwriters, including for liabilities under the Securities Act of 1933, as amended, other obligations of the parties and termination provisions. The representations, warranties and covenants contained in the Underwriting Agreement were made only for purposes of such agreement and as of specific dates, were solely for the benefit of the parties to such agreement, and may be subject to limitations agreed upon by the contracting parties.

The Company may not effect the exercise of any Pre-Funded Warrant, and a holder will not be entitled to exercise any portion of any Pre-Funded Warrant if, upon giving effect to such exercise, the aggregate number of shares of Common Stock beneficially owned by the holder (together with its affiliates) would exceed 9.99% of the number of shares of Common Stock outstanding immediately after giving effect to the exercise, which percentage may be increased or decreased at the holder’s election upon 61 days’ notice to the Company subject to the terms of such Pre-Funded Warrants, provided that such percentage may in no event exceed 19.99%.

SVB Securities and/or its affiliates have provided, and may in the future provide, various investment banking, lending and other financial services for the Company for which services they have received, and may in the future receive, customary fees. Silicon Valley Bank, an affiliate of SVB Securities, is the lender under a term loan in the original principal amount of $14.0 million provided to the Company pursuant to the Loan and Security Agreement, dated August 13, 2020, as amended, between the Company and Silicon Valley Bank.

A copy of the legal opinion and consent of Wilmer Cutler Pickering Hale and Dorr LLP relating to the Shares, the Pre-Funded Warrants, the Warrant Shares and the Additional Shares is attached as Exhibit 5.1 hereto.

On September 23, 2022, the Company issued a press release announcing the pricing of the Offering. A copy of the press release has been filed as Exhibit 99.1 to this Current Report on Form 8-K and is incorporated herein by reference.

The Company currently expects to use its existing cash, cash equivalents and marketable securities, plus the net proceeds from the Offering, to fund the clinical development of its investigational therapy Haduvio for the treatment of chronic cough in adults with idiopathic pulmonary fibrosis, or IPF, and other chronic cough indications, including refractory chronic cough, for working capital and for other general corporate purposes. The Company has announced that, subject to alignment on the design of a planned Phase 2b clinical trial in adult patients with IPF and the filing of an IND with the FDA, it aims to initiate the trial in the first half of 2023. The Company also plans to develop Haduvio for additional chronic cough indications, which it expects will commence initially with a Phase 2 clinical trial of Haduvio for the treatment of refractory chronic cough.

The Company is continuing to conduct the open-label extension portion of its Phase 2b/3 PRISM trial evaluating Haduvio in subjects with prurigo nodularis, but does not intend to use the proceeds from the Offering for further development of its prurigo nodularis program. Following discussions with the FDA and other regulatory authorities, the Company plans to determine next steps with respect to its prurigo nodularis program, including with respect to a Phase 3 clinical trial, which, subject to additional funding, the Company had previously planned to initiate in the first half of 2023.

The Company believes that, based on its current plans, the anticipated net proceeds from the Offering, together with its existing cash, cash equivalents and marketable securities, will be sufficient to enable it to fund its operating expenses and capital expenditure requirements into 2026. The Company aims to have top-line data from its planned clinical trials of Haduvio for the treatment of chronic cough in adults with IPF and refractory chronic cough by such time. However, the expected net proceeds from the Offering will not be sufficient to fund Haduvio for any indication or any future product candidates through regulatory approval, and the Company will need to raise substantial additional capital to complete the development and commercialization of Haduvio and any future product candidates. The Company has based its estimates as to how long it expects it will be able to fund its operations and the timing and costs of its planned trials on assumptions that may prove to be wrong and it could use its available capital resources sooner than it currently expects, in which case it would be required to obtain additional financing, and its trials may be delayed or take longer that it currently expects.

Statements contained in this Current Report on Form 8-K regarding matters that are not historical facts are “forward-looking statements” within the meaning of the Private Securities Litigation Reform Act of 1995. Such statements are subject to risks and uncertainties and actual results may differ materially from those expressed or implied by such forward-looking statements. Such statements include, but are not limited to, statements regarding the anticipated closing of the Offering, the size of the Offering, Trevi’s business plans and objectives, including future plans or

expectations for Trevi’s product candidates and plans with respect to future clinical trials, and other statements containing the words “believes,” “anticipates,” “plans,” “expects,” and similar expressions. Risks that contribute to the uncertain nature of the forward-looking statements include: uncertainties related to market conditions and the completion of the Offering on the anticipated terms or at all; uncertainties regarding the success, cost and timing of Trevi’s product candidate development activities and ongoing and planned clinical trials; uncertainties regarding Trevi’s ability to execute on its strategy; uncertainties with respect to regulatory authorities’ views as to the data from Trevi’s clinical trials and next steps in the development path for Trevi’s product candidates in the United States and foreign countries; uncertainties inherent in estimating Trevi’s cash runway, future expenses and other financial results, including Trevi’s ability to fund future operations, including clinical trials; uncertainties regarding the scope, timing and severity of the COVID-19 pandemic, the impact of the COVID-19 pandemic on Trevi’s clinical operations and actions taken in response to the pandemic; as well as other risks and uncertainties set forth in the “Risk Factors” section of the preliminary prospectus supplement filed with the SEC on September 22, 2022, the quarterly report on Form 10-Q for the quarter ended June 30, 2022 filed with the SEC and in subsequent filings with the SEC. All forward-looking statements contained in this Current Report on Form 8-K speak only as of the date on which they were made. The Company undertakes no obligation to update such statements to reflect events that occur or circumstances that exist after the date on which they were made, except as required by law. 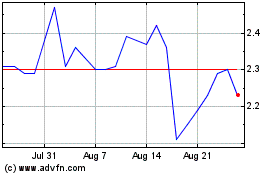 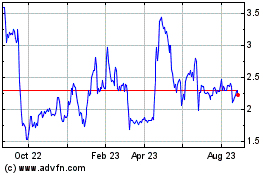 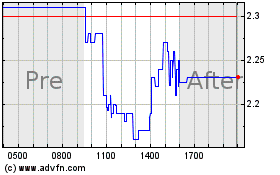