Futures tied to the S&P 500 declined 0.3%, indicating that the benchmark index could come under pressure after the New York opening bell. The pan-continental Stoxx Europe 600 fell 0.4%.

In premarket trading, shares in Take-Two Interactive Software Inc., the company behind Grand Theft Auto and other gaming franchises, rose 4.4% after it raised financial projections for the year on higher demand for videogames during the pandemic. Shares in game maker Activision Blizzard and Sony Corp.'s U.S.-traded shares rose 2.4% and 2.8%, respectively. Shares in Emerson Electric rose 2% after the conglomerate raised its full-year expectations following global economic reopenings.

In Europe, shares in BP climbed 5.4% after the British oil-and-gas producer slashed its quarterly dividend for the first time in a decade and launched a new strategy to pivot away from oil and gas. Discount airline easyJet rose more than 8% on a better-than-expected outlook.

More than three-quarters of S&P 500 companies have reported earnings, with the majority beating analyst expectations, according to UBS. This has led estimates for the third quarter to rise by 2.5% since the end of June.

Investors, who worried that an uptick of coronavirus infections last month would slow economic recovery, have been closely watching a recent decline in new cases.

Bond markets have remained cautious though, with bond yields ticking lower even as stocks have climbed, Mr. Kamal said. The yield on the 10-year Treasury declined to 0.526% from 0.562% Monday.

"There's more truth in the bond market, and if you look at the yields they're still at record lows. There's still a very palpable sense of fear among investors that there could be tail risks that materialize," he said.

Markets are monitoring negotiations among Democratic leaders and White House officials on a new coronavirus aid package. The two sides remain at odds over whether to cut a $600-a-week federal jobless supplement or provide aid to financially strapped states and localities.

"The market's assumption is that the U.S. economy is not yet ready to stand on its own two feet. It appears that there is agreement that more needs to be done, it's just about the shape of that package," said Hugh Gimber, strategist at J.P. Morgan Asset Management.

Shares in spirits maker Diageo, which owns Johnnie Walker whiskey and Smirnoff vodka among other brands, fell 5.7% after it reported that operating profit fell as the coronavirus pandemic drove down sales in the second half of the year. North American sales were strong as consumers shifted alcohol buying from bars to grocery stores, but the growth didn't make up for shortfalls in other markets.

Shares in Bayer fell 3% after the chemicals and pharmaceuticals company said it swung to a net loss of EUR9.55 billion ($11.23 billion) in the second quarter. Bayer set aside provisions for its multibillion-dollar settlement with plaintiffs alleging the company's Roundup herbicides cause cancer. Shares in WeWork competitor IWG fell 3.1% after the flexible-workspace company said it swung to a loss for the first half and scrapped its dividend.

Write to Caitlin Ostroff at caitlin.ostroff@wsj.com 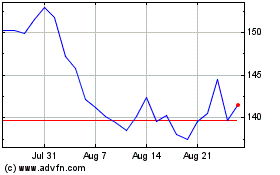 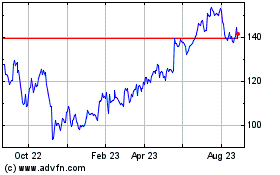 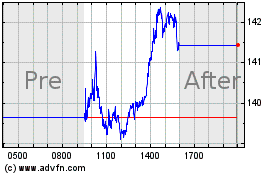