On February 24, 2021, STRATA Skin Sciences, Inc. (the “Company”) and Dr. Dolev Rafaeli entered into an employment separation agreement and release (the “Separation Agreement”), pursuant to which, among other things, Dr. Rafaeli resigned as the Company’s Chief Executive Officer and President and as a member of the Company’s board of directors on February 28, 2021. In connection with Dr. Rafaeli’s separation, upon the expiration of the revocation of a general release delivered by Dr. Rafaeli to the Company, the Company will (i) pay Dr. Rafaeli (a) his base salary, less applicable legal deductions, through May 29, 2021 consistent with normal payroll procedures, (b) a lump sum amount equal to 12 weeks of pay as a payout of his accrued but unused vacation days, (c) reimbursements of his monthly COBRA premium payments for up to 18 months following February 28, 2021, and (d) an amount up to $10,000 to reimburse Dr. Rafaeli for reasonable attorneys’ fees in connection with the negotiation of the Separation Agreement, and (ii) vest all outstanding options held by Dr. Rafaeli (to the extent not then vested) and have them remain exercisable until August 22, 2021. Subject to the foregoing restrictions and the Company’s insider trading policies, Dr. Rafaeli will be permitted to exercise the options as permitted under the Company’s equity incentive plan, including cashless exercises, until August 22, 2021. Certain provisions contained in the employment agreement, dated as of March 30, 2018 (the “Rafaeli Employment Agreement”), between the Company and Dr. Rafaeli survive and continue to apply under the Separation Agreement, including, but not limited to, covenants related to confidentiality, assignment of developments, and covenant not to compete. The Company and Dr. Rafaeli also agreed to mutual non-disparagement and communication restriction provisions and granted customary general releases to each other. Until May 29, 2021, Dr. Rafaeli agreed to cooperate in good faith with the Company in transitioning his duties to one or more persons as determined by the Company’s board of directors.

On March 1, 2021, the Company appointed Robert Moccia, age 62, as its Chief Executive Officer and President and as a member of the Company’s board of directors. Pursuant to such appointment, the Company and Mr. Moccia entered into an employment agreement, dated as of March 1, 2021 (the “Employment Agreement”), which provides for, among other things, (i) a three-year term commencing on March 1, 2021, which renews for successive one year additional terms unless a party gives the other party a notice of non-renewal at least 90 days prior to the end of the then applicable employment term, (ii) an annual base salary of $500,000, (iii) an incentive bonus opportunity equal to at least 65% of his base salary for such year, (iii) an initial option (the “Option”) to purchase 1,632,590 shares of common stock, with a strike price as of the close of trading on March 1, 2021, vesting over a three year period, with 544,198 options vesting on the first anniversary of the date of grant and 136,049 options vesting every three months thereafter, (iv) participation in long-term incentive plans and employee benefit plans, including health and 401(k) plans, (v) 20 days of annual vacation, plus 10 established holiday days, per full calendar year of employment, (vi) an automobile allowance of $1,250 per month, and (vi) his appointment to the Company’s board of directors as of March 1, 2021, and nomination and recommendation for election as a director thereafter at annual meetings of stockholders during his employment term when his election is to be considered. The Option shall be granted in the form of stock option agreement (the “Option Agreement”) attached hereto as Exhibit 10.4 and is intended to constitute an employment inducement grant under Nasdaq Listing Rule 5635(c)(5). The Company will also pay Mr. Moccia a bonus equal to two times his then base salary if, during the term of his employment, (a) a “Change in Control” (as defined in the Company’s 2016 Omnibus Incentive Plan, as amended from time to time) occurs and (b) as of such Change in Control, the price per share of the Company’s common stock is two times or more than the price of the Company’s common stock as of March 1, 2021.

Prior to joining the Company, Mr. Moccia was president, chief executive officer and co-founder of Encore Dermatology, Inc., a privately held fully integrated dermatology company, since April 2015. Until March 30, 2021, Mr. Moccia may assist, without any time or other restrictions, Encore Dermatology, Inc., in a consulting or advisory basis, with existing matters and pending work in process. Except as set forth in the Employment Agreement, there are no other arrangements or understandings between Mr. Moccia and any other persons with respect to his appointment as a director. Mr. Moccia does not have an interest requiring disclosure under Item 404(a) of Regulation S-K. There have been no transactions, nor are there any current proposed transactions, to which the Company or any of its subsidiaries was or is to be a party in which Mr. Moccia, or any member of his immediate families, had, or will have, a direct or indirect material interest.

On March 1, 2021, the Company’s board of directors appointed LuAnn Via, a current director, to the position of Vice Chairperson of the Board of Directors. 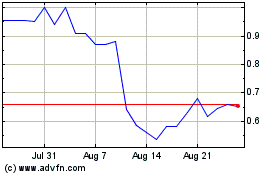 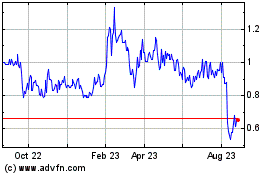 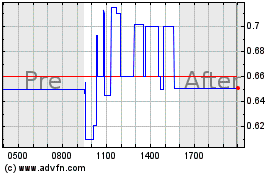