Note: Schedules filed in paper format shall include a signed original and five copies of the schedule, including all exhibits. See § 240.13d-7(b) for other parties to whom copies are to be sent.

This Statement on Schedule 13D (this “Statement”) relates to the ordinary shares, par value $0.0001 per share (the “Ordinary Shares”), of SPI Energy Co, Ltd., a Cayman Islands corporation (the “Issuer”). The Issuer’s principal executive offices are located at #1128, 11/F, No. 52 Hung To Road, Kwun Tong, Kowloon, Hong Kong SAR, China.

(ii) Jilun He, a citizen of the People’s Republic of China.

MII Group Limited is a company wholly owned by Jilun He.

The principal business of MII Group Limited is investment.

The principal business of Jilun He is merchant.

(d), (e) During the last five years, none of the Reporting Persons has been (i) convicted in a criminal proceeding (excluding traffic violations or similar misdemeanors), or (ii) a party to a civil proceeding of a judicial or administrative body of competent jurisdiction and as a result of such proceeding was or is subject to a judgment, decree or final order enjoining future violations of, or prohibiting or mandating activities subject to, federal or state securities laws or finding any violation with respect to such laws.

(f) The citizenship of Jilun He is the People’s Republic of China.

The foregoing description of the terms of each of the Purchase Agreement, the Option Agreement and the Supplemental Agreement is qualified in its entirety by reference to its full text, a copy of which is included as Exhibit 99.1, Exhibit 99.2 and Exhibit 99.3 of this Statement, respectively, and is incorporated herein by reference.

The purchase of the Purchased Common Shares was funded from the working capital of MII Group Limited.

Solar Power merged with the Issuer and reorganized as a Cayman Islands company on January 4, 2016, each share of common stock of Solar Power was converted into one share of Ordinary Share of the Issuer. The Issuer completed a 1-for-10 share split on September 19, 2017, a 10-for-1 share combination on November 6, 2017 and another 10-for-1 share combination on November 15, 2018. As of the date of this Statement, MII Group Limited held 1,296,370 shares of Ordinary Shares converted from the Purchased Common Shares.

The information set forth in Items 3, 5 and 6 of this Statement is hereby incorporated by reference in this Item 4.

The Reporting Persons purchased the Purchased Common Shares from the Issuer and in the open market for investment purposes. The Reporting Persons intend to review their equity interest in the Issuer on a regular basis and, as a result thereof, may at any time or from time to time determine, either alone or as part of a group, (a) to acquire additional securities of the Issuer, through open market purchases, privately negotiated transactions or otherwise, (b) to dispose of all or a portion of the securities of the Issuer owned by them in the open market, in privately negotiated transactions or otherwise, or (c) to take any other available course of action, which could involve one or more of the types of transactions or have one or more of the results described in the next paragraph of this Item 4. Any such acquisition or disposition or other transaction would be made in compliance with all applicable laws and regulations. In reaching any decision as to their course of action (as well as to the specific elements thereof), the Reporting Persons currently expect that they would take into consideration a variety of factors, including, but not limited to, the following: current and anticipated future trading prices of the securities of the Issuer; the financial condition, results of operations and prospects of the Issuer; general economic conditions; and money and stock market conditions, including the market price of the securities of the Issuer.

Other than as set forth in this Statement, the Reporting Persons have no present plans or proposals which relate to or would result in:

(a) An extraordinary corporate transaction, such as a merger, reorganization or liquidation, involving the Issuer or any of its subsidiaries;

(b) A sale or transfer of a material amount of assets of the Issuer or of any of its subsidiaries;

(c) Any change in the present board of directors or management of the Issuer, including any plans or proposals to change the number or term of directors or to fill any existing vacancies on the board;

(d) Any material change in the present capitalization or dividend policy of the Issuer;

(e) Any other material change in the Issuer’s business or corporate structure;

(f) Changes in the Issuer’s charter, bylaws or instruments corresponding thereto or other actions which may impede the acquisition of control of the Issuer by any person;

(h) A class of equity securities of the Issuer becoming eligible for termination of registration pursuant to Section 12(g)(4) of the Act; or

(i) Any action similar to any of those enumerated above.

(c) The trading dates, number of shares of Ordinary Shares purchased or sold and the price per share for all transactions in the shares of Ordinary Shares of the Issuer effected on behalf of each Reporting Person within the last 60 days, which were all ordinary brokerage transactions effected in the open market, are set forth in Schedule A and are incorporated herein by reference.

Except as disclosed in this Statement, neither of the Reporting Persons has effected any transaction in the shares of Ordinary Shares or other securities of the Issuer during the past 60 days.

(d) Except as set forth in this Item 5, no person other than the Reporting Persons is known to have the right to receive or the power to direct the receipt of dividends from, or the proceeds from the sale of, such securities.

The information set forth in Items 3 and 4 of this Statement is hereby incorporated by reference.

The Reporting Persons entered into a joint filing agreement on October 22, 2020 (the “Joint Filing Agreement”), pursuant to which they have agreed to file this Statement jointly in accordance with the provisions of Rule 13d-1(k)(1) under the Securities Exchange Act of 1934, as amended. A copy of the Joint Filing Agreement is attached hereto as Exhibit 99.4.

Except as set forth herein, neither of the Reporting Persons has any contracts, arrangements, understandings or relationships (legal or otherwise) with respect to any securities of the Issuer, including but not limited to transfer or voting of any of the securities, finder’s fees, joint ventures, loan or option arrangements, puts or calls, guarantees of profits, division of profits or loss, or the giving or withholding of proxies. None of the Ordinary Shares beneficially owned by the Reporting Persons is pledged or otherwise subject to a contingency the occurrence of which would give a person voting power or investment power over such securities.

TRANSACTIONS IN PAST 60 DAYS

The following sale transactions were made by MII Group Limited in open-market broker transactions:

The following sale transactions were made by Jilun He in open-market broker transactions: 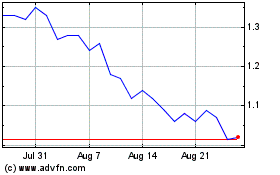 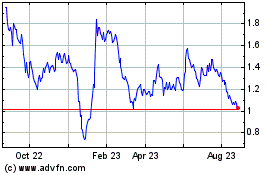 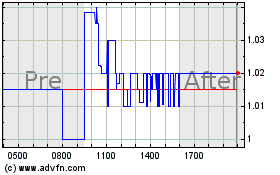