(Former Name, or Former Address, if Changed Since Last Report)

Securities Registered pursuant to Section 12(b) of the Act:

On December 14, 2020, Scilex Pharmaceuticals Inc. (“Scilex”), an indirect subsidiary of Sorrento Therapeutics, Inc. (the “Company”), the Company, U.S. Bank National Association, as trustee (the “Trustee”) and collateral agent (the “Agent”), and the beneficial owners of the senior secured notes due 2026 (the “Securities”) and the holders of such Securities listed on the signature pages thereto (the “Holders”) entered into a Consent Under and Amendment No. 3 to Indenture and Letter of Credit (the “Amendment”), which amended: (i) that certain Indenture, as amended, dated September 7, 2018, by and among Scilex, the Company, the Trustee and the Agent (the “Indenture”), and (ii) that certain Irrevocable Standby Letter of Credit, as amended, issued by the Company to Scilex in the maximum aggregate amount of $35,000,000, with a date of issuance of September 7, 2018 (the “Letter of Credit”). Pursuant to the Indenture, the Company agreed to irrevocably and unconditionally guarantee, on a senior unsecured basis, the punctual performance and payment when due of all obligations of Scilex under the Indenture.

A portion of the proceeds from the offering of the Securities were used to fund a $20.0 million segregated reserve account (the “Reserve Account”) and a $25.0 million segregated collateral account (the “Collateral Account”) pursuant to the terms of the Indenture. Pursuant to the Indenture, funds in the Reserve Account were to be released to Scilex upon receipt by the Trustee of an officer’s certificate under the Indenture from Scilex confirming receipt of a marketing approval letter from the United States Food and Drug Administration with respect to SP-103 or a similar product with a concentration of not less than 5% (the “Marketing Approval Letter”) on or prior to July 1, 2023. Funds in the Collateral Account were to be used to secure Scilex’s obligations under the Indenture.

Pursuant to the Amendment, the Holders agreed to release all of the aggregate $45.0 million in restricted funds held in the Reserve Account and the Collateral Account for the purpose of consummating the repurchase of an aggregate of $45.0 million of principal amount of the Securities from the Holders on a pro rata basis at a purchase price equal to 100% of the principal amount thereof (such repurchase, the “Effective Date Repurchase”). In connection with the Effective Date Repurchase, the parties also agreed to remove Scilex’s obligations under the Indenture to (i) repurchase $25.0 million of Securities from the holders if the Letter of Credit is drawn on, and (ii) repurchase $20.0 million of Securities from the holders if Scilex does not receive the Marketing Approval Letter on or prior to July 1, 2023.

The Amendment also revised the minimum cash covenant in the Indenture to provide that the amount of cash equivalents in bank accounts that Scilex is required to have as of the end of any calendar month shall, commencing with the month ending December 31, 2020, be equal to at least $4.0 million in the aggregate, provided that if Scilex does not effectuate (i) the December Optional Repurchase (as defined below) and (ii) at least one of either (x) the February Optional Repurchase (as defined below) or (y) the April Optional Repurchase (as defined below), then, commencing with the month ending April 30, 2021, and for each month thereafter, such amount shall be at least $10.0 million in the aggregate. If Scilex fails to meet the foregoing minimum cash requirements, then Scilex will be required to draw on the Letter of Credit.

The Amendment further provides that in the event that the Letter of Credit is drawn upon by Scilex, then Scilex shall, within five business days of such draw, repurchase Securities from the holders thereof on a pro rata basis in an aggregate amount equal to the lesser of $20.0 million or the then-outstanding principal amount of Securities, at a purchase price in cash equal to 100% of the principal amount thereof.

Pursuant to the Amendment, the Holders also consented to Scilex incurring up to $10.0 million of indebtedness in connection with an accounts receivable revolving loan facility with another lender and the incurrence of liens and the pledge of collateral to such lender in connection therewith.

Amendment were made only for purposes of such agreement and as of specific dates, were solely for the benefit of the parties to the Amendment, and may be subject to limitations agreed upon by the contracting parties. Accordingly, the Amendment is incorporated herein by reference only to provide investors with information regarding the terms of the Amendment, and not to provide investors with any other factual information regarding the Company or its business, and should be read in conjunction with the disclosures in the Company’s periodic reports and other filings with the Securities and Exchange Commission. 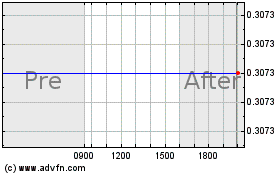