32.71
-0.88 (-2.62%)
Upgrade to Real-Time
Afterhours (Closed)
32.71
Current Report Filing (8-k)
March 16 2021 - 04:56PM
Edgar (US Regulatory)
0001314727false00013147272020-03-112020-03-11
UNITED STATES
SECURITIES AND EXCHANGE COMMISSION
Washington, DC 20549
FORM 8-K
CURRENT REPORT
Pursuant to Section 13 or 15(d) of
The Securities Exchange Act of 1934
Date of Report (Date of earliest event reported)
March 11, 2021
SONOS, INC.
(Exact name of registrant as specified in its charter)
614 Chapala Street
Santa Barbara, California 93101
(Address of principal executive offices, including zip code)
(805) 965-3001
(Registrant’s telephone number, including area code)
Not applicable
(Former name or former address, if changed since last report)
Check the appropriate box below if the Form 8-K filing is intended to simultaneously satisfy the filing obligation of the registrant under any of the following provisions (see General Instruction A.2):
Securities registered pursuant to Section 12(b) of the Act:
Indicate by check mark whether the registrant is an emerging growth company as defined in Rule 405 of the Securities Act of 1933 (§230.405 of this chapter) or Rule 12b-2 of the Securities Exchange Act of 1934 (§240.12b-2 of this chapter).
Emerging growth company ☐
If an emerging growth company, indicate by check mark if the registrant has elected not to use the extended transition period for complying with any new or revised financial accounting standards provided pursuant to Section 13(a) of the Exchange Act. ☐
Item 5.07    Submission of Matters to a Vote of Security Holders.
The Annual Meeting of Stockholders of Sonos, Inc. (the “Company”) was held on March 11, 2021 (the “Annual Meeting”). At the Annual Meeting, there were present, in person or by proxy, holders of 87,163,417 shares of the Company's common stock, or approximately 73.02% of the total outstanding shares eligible to be voted. The holders present voted on the three proposals presented at the Annual Meeting as follows.
Proposal One — Election of Directors
The Company’s stockholders approved the election of two Class III directors to the Company’s Board of Directors for three year terms or until their respective successors are elected and qualified or until their earlier resignation or removal, by the following votes:
Proposal Two — Ratification of Appointment of Independent Registered Public Accounting Firm
The Company’s stockholders ratified the appointment of PricewaterhouseCoopers LLP as the Company’s independent registered public accounting firm for the fiscal year ending October 2, 2021 by the following votes:
Proposal Three — Advisory Vote to Approve Named Executive Officer Compensation
The Company’s stockholders approved, on an advisory basis, the compensation of the Company's named executive officers as described in the Company's definitive proxy statement filed with the Securities and Exchange Commission on January 22, 2021 by the following votes:
SIGNATURE
Pursuant to the requirements of the Securities Exchange Act of 1934, the registrant has duly caused this report to be signed on its behalf by the undersigned hereunto duly authorized. 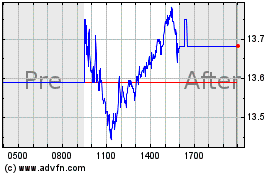