PROXY STATEMENT PURSUANT TO SECTION 14(a) OF THE

Filed by the Registrant  ☒

Filed by a Party other than the Registrant  ☐

SUPPLEMENT NO. 1. TO THE PROXY STATEMENT

FOR THE SPECIAL MEETING OF SONIM TECHNOLOGIES, INC.

This Supplement No. 1, dated June 23, 2022 (this “Supplement No. 1”), updates and supplements the proxy statement dated May 23, 2022 (as supplemented to date, the “Proxy Statement”) with information relating to the composition of Sonim Technologies, Inc.’s (the “Company’s) board of directors (the “Board of Directors”) upon consummation of the transactions contemplated by the Subscription Agreement, by and between the Company and AJP Holding Company, LLC.

This Supplement is not complete without, and may not be utilized except in connection with, the Proxy Statement, including any supplements and amendments thereto.

You should read carefully and in their entirety this Supplement and the Proxy Statement and all accompanying annexes and exhibits.

This supplement to the Proxy Statement is dated June 23, 2022.

Mr. Alan Howe, 60, has served as a member of the Company’s Board of Directors since October 2017. Since April 2001, Mr. Howe has served as co-founder and Managing Partner of Broadband Initiatives, LLC, a boutique corporate development and strategic consulting firm since 2001. Previously, Mr. Howe held various executive management positions at Covad Communications, Inc., a provider of broadband voice and data communications, Teletrac, Inc., a location-tracking software company, Sprint Corporation, a telecommunications company, and Manufacturers Hanover Trust Company, a commercial bank. Mr. Howe currently serves on the boards of Babcock and Wilcox, a company providing environmental technologies for the power industry, Orion Energy Systems, Inc., a LED lighting and intelligent controls company, Resonant Inc., a hardware development company for mobile devices, and Spartacus Acquisition Corporation, a blank check company formed for the purpose of a merger with one or more business. Mr. Howe previously served on the board of directors for Data I/O Corporation, magicJack, VocalTec, Ltd., a cloud communications company, CafePress, an online retailer of user-customized products, Urban Communications, a provider of fiber optic services, Qualstar Corporation, a data storage products manufacturer, Determine. Inc., a provider of life cycle management solutions software, and Widepoint Corporation, a provider of technology products and services. The Board of Directors believes that Mr. Howe’s extensive financial, executive and board experience with multiple private and public companies qualifies him to serve on our Board of Directors.

Mr. Jack Steenstra, 60, has served as the Chief Technology Officer of Meta Technologies Inc. since August 2017. From November 2015 to August 2017, he was a freelance technology consultant with various startups including VRx Medical, an immersive digital therapeutics company, contributing to the technical, business, and product innovation of new products, services, and associated businesses developing new wireless devices. From July 1995 to November 2015, Mr. Steenstra was Vice President of Engineering at Qualcomm, where he led a cross-functional department developing new products to support new business opportunities. Prior to that, he was an engineer at Abbott Laboratories, where he developed digital surveillance systems, software, and medical devices. Since January 2012, he has been a board member of Stepping Stone San Diego, a drug and alcohol rehabilitation and treatment program specializing in the Gay, Lesbian, Bisexual and Transgender community. Mr. Steenstra holds a BS in Electrical and Electronics Engineering from the University of Michigan and a MS in Electrical and Electronics Engineering from the University of Southern California. The Board of Directors believes that Mr. Steenstra’s extensive operational experience with wireless mobile technology and executive experience qualifies him to serve on our Board of Directors.

Mr. Jeffrey Wang, 29, has served as a Software Engineer at Plaid Inc., a California-based financial services company, since April 2022. Previously he was a Senior Software Engineer at Waymo LLC, Google LLC’s autonomous driving technology company, from August 2019 to April 2022 with the data warehouse team, a Senior Software Engineer with the search ads backend infrastructure at Google LLC from February 2015 to August 2019, and a Software Development Intern with both Amazon Web Services, Inc. and Amazon.com, Inc. (NASDAQ: AMZN) in 2014 and 2013. Mr. Wang holds a BA in Computer Science from the University of California, Berkeley. The Board of Directors believes that Mr. Wang’s experience with multiple conglomerates qualifies him to serve on our Board of Directors.

Mr. James Cassano, 76, is currently a Partner & Chief Financial Officer of CoActive Health Solutions, LLC, a worldwide contract research organization, supporting the pharmaceutical and biotechnology industries. He also has been serving as a board member of Ideanomics, Inc. (NASDAQ: IDEX), a global electric vehicle company, since January 2008. Mr. Cassano has served as executive vice president, chief financial officer, secretary and director of Jaguar Acquisition Corporation a Delaware corporation (OTCBB: JGAC), a blank check company, since its formation in June 2005. Mr. Cassano has served as a managing director of Katalyst LLC, a company which provides certain administrative services to Jaguar Acquisition Corporation, since January 2005. In June 1998, Mr. Cassano founded New Forum Publishers, an electronic publisher of educational material for secondary schools, and served as its chairman of the Board and chief executive officer until it was sold to Apex Learning, Inc., a company controlled by Warburg Pincus, in August 2003. He remained with Apex until November 2003 in transition as vice president business development and served as a consultant to the company through February 2004. In June 1995, Mr. Cassano co-founded Advantix, Inc., a high volume electronic ticketing software and transaction services company which handled event related client and customer payments, that was renamed Tickets.com and went public through an IPO in 1999. From March 1987 to June 1995, Mr. Cassano served as senior vice president and chief financial officer of the Hill Group, Inc., a privately-held engineering and consulting organization, and from February 1986 to March 1987, Mr. Cassano served as vice president of investments and acquisitions for Safeguard Scientifics, Inc., a public venture development company. From May 1973 to February 1986, Mr. Cassano served as partner and director of strategic management services (Europe) for the strategic management group of Hay Associates. Mr. Cassano received a BS in Aeronautics and Astronautics from Purdue University and an MBA from Wharton Graduate School at the University of Pennsylvania. Mr. Cassano has significant senior management experience, including service as chief executive officer, executive vice president, chief financial officer, secretary and director. The Board of Directors believes that Mr. Cassano’s extensive executive experience with public and private companies and his educational background led us to the conclusion that he is qualified to serve on our Board of Directors. 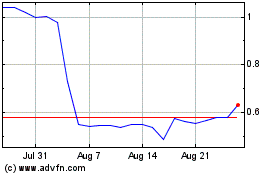 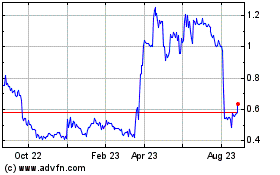 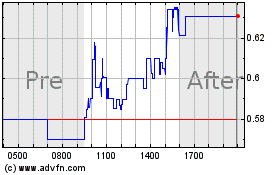