No one said replacing the London interbank offered rate would be easy, but many regulators and investors contend the cumbersome process remains on track despite setbacks including the global coronavirus pandemic.

Deeply rooted in markets after decades and linked to trillions of dollars of financial products, Libor is slated for replacement by the end of 2021. Policy makers and regulators moved to scrap the benchmark after concluding it was balky and prone to manipulation, as exposed by a 2012 scandal that led to convictions for some traders and penalties for numerous banks.

If the transition doesn't go as planned, it could leave everyone worse off. Consumers could end up on the hook for increased payments on credit-card loans and other borrowings, while small businesses could face higher fixed rates for loans. About $190 trillion of interest-rate derivatives and $3.4 trillion of business loans are tied to the rate.

Bankers and others in the market for short-term lending say a number of developments this year give them confidence that they can manage Libor's demise and the transition to alternative lending benchmarks.

A Federal Reserve committee of regulators, banks and asset managers chose the Secured Overnight Financing Rate, or SOFR, as the official replacement.

The Alternative Reference Rates Committee, consisting of major banks, insurers and asset managers alongside the New York Fed, have been rallying derivatives investors and users of Libor to be ready for the end. Fannie Mae and Freddie Mac have said they would stop accepting adjustable-rate mortgages tied to Libor by the end of 2020. Banks are spending millions of dollars and mobilizing everyone from lawyers to trading-floor staff.

But efforts were put on ice for more than a month as financial institutions grappled with tumbling stocks, margin calls and clients racing for cash as the coronavirus sent markets into a tailspin prompting unprecedented action by the Fed.

The temporary breakdown of U.S. Treasury markets in March led some to question the stability of SOFR, which is based on the cost of transactions in the market for overnight repurchase agreements, or repos. That is where financial companies borrow cash overnight using U.S. government debt as collateral.

SOFR dropped to 0.26% on March 16 before doubling the next day, only to fall again. Moves that week reminded investors of volatility last September, when SOFR surged above 5% because of idiosyncratic strains in the repo market.

"There is a growing consensus that SOFR as a replacement for Libor doesn't really work," said Scott Shay, co-founder of New York-based Signature Bank.

Smaller and midsize banks are favoring another benchmark: Ameribor. Established by Richard Sandor, a key player in the creation of futures markets in the 1970s, Ameribor is based on rates set on the American Financial Exchange, which he founded.

Smaller banks say Ameribor reflects the cost of funds in trading in financial markets for banks that aren't among the Fed's exclusive counterparties -- also known as primary dealers.

Some wonder whether the deadline for the transition away from Libor will be pushed back. Investment-bank analysts and salespeople estimate that only a quarter of clients are ready for the benchmark to disappear.

"I think Libor will go away, but will everybody be ready for it in 18 months?" said Paul Noring, managing director at BRG, a consulting firm in Washington, D.C.

Tom Wipf, a vice chairman at Morgan Stanley who is chairman of the Alternative Reference Rates Committee, said that the move to SOFR was on track and that the committee was able to double the number of virtual meetings -- with travel schedules restrained by lockdowns related to the pandemic -- to get the job done.

He said policy makers weren't pleased with Libor's volatility during the March stress period, underscoring the need to make the transition in a timely manner.

"All the concerns that got us here in the first place were revealed again during that period of market stress," said Mr. Wipf.

The U.K. regulator in charge of overseeing Libor made it clear a deadline extension was out of the question. Edwin Schooling Latter, a senior regulator at the Financial Conduct Authority, said in July that Libor's death notice wouldn't be pushed back by the impact of the coronavirus.

"The four to six months ahead of us are arguably the most critical period in the transition away from Libor," Mr. Latter said in a speech.

Josh Younger, head of interest-rate derivative research at JPMorgan Chase & Co., said investors and asset managers saw significant risks of a delay until U.K. officials came up with a solution in June to overcome one of the biggest hurdles blocking a smooth transition away from Libor: so-called tough legacy contracts.

These include floating-rate notes that require bondholders to agree on a new reference rate, which is a nearly impossible task, according to lawyers at companies advising banks and clients.

To avoid litigation, the U.K. government said in June it would amend the rulebook, handing the FCA, the benchmark's overseer, the power to craft what some call a "zombie-type" Libor that could exist for certain legacy contracts.

"Dealing with tough legacy contracts potentially accelerates the time frame over which this transition can happen," Mr. Younger said. 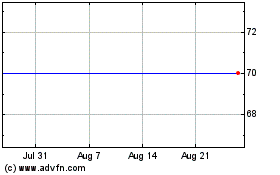 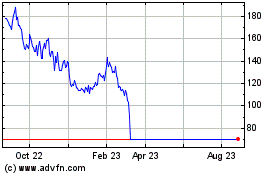 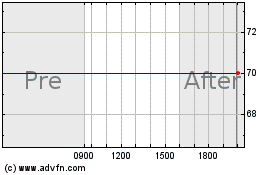