Not applicable
(Former name or former address, if changed since last report)

If an emerging growth company, indicate by check mark if the registrant has elected not to use the extended transition period for complying with any new or revised financial accounting standards provided pursuant to Section 13(a) of the Exchange Act. [   ]

On July 19, 2021, SigmaTron International, Inc. (the “Company”), Remy Pom, Inc., a wholly-owned subsidiary of the Company (the “Merger Sub”), Wagz, Inc. (“Wagz”), and Terry B. Anderton, solely in his capacity as Wagz shareholders’ representative, entered into an Agreement and Plan of Merger (the “Agreement”), pursuant to which, subject to the terms and conditions therein, Merger Sub will be merged with and into Wagz, resulting in Wagz being the surviving corporation and a wholly-owned subsidiary of the Company (such surviving corporation, the “Surviving Corporation”, and such transaction, the “Merger”).

Wagz is a privately held company in the pet technology business. The Company has previously filed a Current Report on Form 8-K reporting on, and attaching, the Company’s press release dated June 4, 2020, which announced a Letter of Intent among the same parties relating to the Merger, and contained further information about Wagz and the reasons the Company contemplated a business combination with Wagz.

The Agreement sets forth a closing date of (a) September 30, 2021, or a date mutually agreed upon in writing by the parties, or (b) on the second business day following the satisfaction or waiver of all closing conditions contained in the Agreement.

After the closing of the Merger (the “Closing”), all of the assets, property and rights of Wagz will vest in the Surviving Corporation, which shall also assume all the debts, liabilities and duties of Wagz. For U.S. federal income tax purposes, it is intended that the Merger will qualify as a “reorganization” within the meaning of Section 368(a)(2)(E) of the Internal Revenue Code (the “Code”), and that the Agreement will constitute a “plan of reorganization” for purposes of Sections 354 and 361 of the Code.

Subject to the terms and conditions set forth in the Agreement, the Company expects to issue 2,443,870 shares of common stock of the Company to the stockholders of Wagz. As a result, based on Convertible Debt as of April 30, 2021, the stockholders of Wagz are expected to hold in aggregate up to approximately 28% of the Company’s common stock after Closing. The Closing is subject to achievement of certain milestones and satisfaction of terms and conditions by both parties prior to Closing, including, among other things, the Company having determined that the Wagz Freedom Smart Dog Collar™ meets certain technological standards, performance criteria and regulatory requirements, and the approval by the stockholders of both the Company and Wagz.

In addition to these terms and conditions, the Agreement contains a number of other terms and conditions as requirements for the Closing, many of which are typical for similar business combinations between a public company and a private company. Following the Closing, the parties have agreed that Mr. Terry B. Anderton shall remain the Chief Executive Officer of the Surviving Corporation.

On July 21, 2021, the Company issued a press release announcing the entry into the Agreement described above in Item 1.01 of this 8-K. A copy of the press release is filed as Exhibit 99.1 to this 8-K and is incorporated herein by reference. 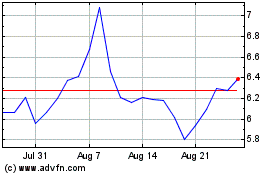 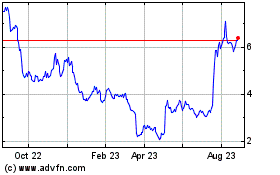 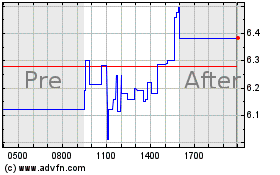