Seanergy Maritime Holdings Corp. (the “Company” or “Seanergy”) (NASDAQ: SHIP) announced today that the application of United Maritime Corporation (“United”) to list its common shares on the Nasdaq Capital Market has been approved. In addition, the registration statement on Form 20-F filed by United in connection with its spin-off from Seanergy has been declared effective by the U.S. Securities and Exchange Commission (the “SEC”).

Through United, Seanergy intends to effect a spin-off of the Company’s oldest Capesize vessel, the M/V Gloriuship. United is expected to adopt a diversified business model, with investments across various maritime sectors.

Seanergy Maritime Holdings Corp. is the only pure-play Capesize ship-owner publicly listed in the US. Seanergy provides marine dry bulk transportation services through a modern fleet of Capesize vessels. Upon completion of the spin-off and the delivery of the previously announced vessel acquisition, the Company's operating fleet will consist of 17 Capesize vessels with an average age of approximately 12 years and aggregate cargo carrying capacity of approximately 3,020,012 dwt.

The Company is incorporated in the Marshall Islands and has executive offices in Glyfada, Greece. The Company's common shares trade on the Nasdaq Capital Market under the symbol “SHIP”.

Forward-Looking StatementsThis press release contains forward-looking statements (as defined in Section 27A of the Securities Act of 1933, as amended, and Section 21E of the Securities Exchange Act of 1934, as amended) concerning future events, including statements regarding the anticipated spin-off of United, including transaction timing and certainty, the planned record and distribution dates, our and United’s anticipated competitive positioning and positioning for future success following the spin-off, and our intention to acquire an additional Capesize vessel. Words such as "may", "should", "expects", "intends", "plans", "believes", "anticipates", "hopes", "estimates" and variations of such words and similar expressions are intended to identify forward-looking statements. These statements involve known and unknown risks and are based upon a number of assumptions and estimates, which are inherently subject to significant uncertainties and contingencies, many of which are beyond the control of the Company. Actual results may differ materially from those expressed or implied by such forward-looking statements. Factors that could cause actual results to differ materially include, but are not limited to, the impact of regulatory requirements or other factors on the Company’s ability to consummate the proposed spin-off; the Company's operating or financial results; the Company's liquidity, including its ability to service its indebtedness; competitive factors in the market in which the Company operates; shipping industry trends, including charter rates, vessel values and factors affecting vessel supply and demand; future, pending or recent acquisitions and dispositions, including the consummation of the Capesize vessel identified for acquisition; business strategy, areas of possible expansion or contraction, and expected capital spending or operating expenses; risks associated with operations outside the United States; broader market impacts arising from war (or threatened war) or international hostilities, such as between Russia and Ukraine; risks associated with the length and severity of the ongoing novel coronavirus (COVID-19) outbreak, including its effects on demand for dry bulk products and the transportation thereof; and other factors listed from time to time in the Company's filings with the SEC, including its most recent annual report on Form 20-F. The Company's filings can be obtained free of charge on the SEC's website at www.sec.gov. Except to the extent required by law, the Company expressly disclaims any obligations or undertaking to release publicly any updates or revisions to any forward-looking statements contained herein to reflect any change in the Company's expectations with respect thereto or any change in events, conditions or circumstances on which any statement is based. 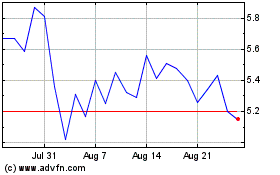 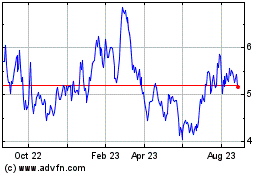 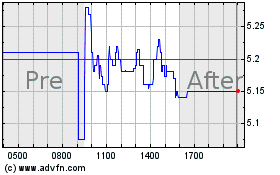