The Fifth Amendment requires the Company and its subsidiaries to meet minimum aggregate cash holding requirements through March 2021 in an amount equal to the following amount for each month set forth below:

The Fifth Amendment also removes the requirement that the Company use 50% of the aggregate net cash proceeds from equity issuances after May 7, 2020 in excess of $30.0 million to repay loans outstanding until the Company could demonstrate compliance with certain financial covenants.

In connection with the closing of the Fifth Amendment, the Company repaid $20.2 million in loans so that a total of $115.0 million (excluding $4.8 million in letters of credit) is currently outstanding under the credit facility.  The current interest rate for borrowings under the revolving credit facility is 3.75%.

Item 2.03. Creation of a Direct Financial Obligation or an Obligation under an Off- Balance Sheet Arrangement of a

The discussion of the Fifth Amendment to Credit Agreement set forth under Item 1.01 of this Current Report on Form 8-K is incorporated herein by reference in this Item 2.03. 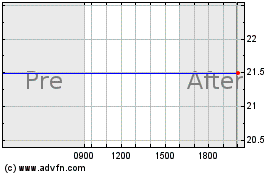