Roku, Inc. (NASDAQ: ROKU) and Laugh Out Loud, the multi-platform comedy brand, today announced Kevin Hart’s comedy action series, ‘Die Hart,’ will return to The Roku Channel for a second season titled, ‘Die Harter.’ Following the series premiere on May 20, the greenlight is the first Roku Original renewal for The Roku Channel. 'Die Hart' had a spectacular weekend debut, with a record number of households streaming the series.

“‘Die Hart’ exploded out of the gate and after a spectacular debut weekend, has quickly become one of the most watched Roku Originals on The Roku Channel,” said Colin Davis, Roku’s Head of Original Scripted Programming. “We couldn’t be more excited to bring an equally hilarious, action-packed second season to the record number of viewers who have watched in recent days.”

‘Die Harter’ will be produced by LOL Studios - Laugh Out Loud’s in-house production division. In addition to returning to his starring role, Hart will also executive produce the second season; Laugh Out Loud CEO and Hart’s longtime business partner, Jeff Clanagan, will serve as producer on the project. Tripper Clancy, Candice Wilson, Bryan Smiley, and Thai Randolph also serve as executive producers. Eric Appel will return to direct the second season. Additional casting will be announced at a later date.

“It’s been great to see the incredible response to ‘Die Hart’ on The Roku Channel,” said LOL founder and chairman, Kevin Hart. “We’re excited to be partnering with Roku to bring another season to its audience.”

“The return of ‘Die Hart’ marks a pivotal moment in the continued growth and expansion of LOL Studios,” said LOL CEO Jeff Clanagan. “We’re excited for the opportunity to team up with Roku and be the first Roku Original to get a second season. We can’t wait for fans to dive into what is sure to be an even bigger, more action-packed season two.”

The Roku Channel has seen record growth this year, reaching U.S. households with an estimated 70 million people in Q1 2021. Launched in 2017, The Roku Channel is the home of free and premium entertainment on the Roku platform. It features a diverse lineup of more than 40,000 free movies and programs and 190+ free live linear television channels. The Roku Channel licenses and distributes content from more than 175 partners. In addition to Roku devices, The Roku Channel is available on Web, iOS and Android devices, Amazon Fire TV and select Samsung TVs and can be accessed internationally in the U.S., Canada and the U.K.

About Laugh Out Loud

Laugh Out Loud is a comedy brand and multi-platform entertainment company dedicated to keeping the world laughing together. Founded by comedian, actor, and producer Kevin Hart, LOL delivers the best in comedic content and experiences across its multiple divisions—LOL Audio, LOL Network, LOL Studios, and LOLX. From stand-up legends to the next generation of comedic talent, LOL curates comedy’s boldest voices to produce original scripted and unscripted series, stand-up specials, radio shows and podcasts, live broadcasts, experiential activations, and more. LOL content is distributed to a diverse, global audience of more than 100 million fans across the LOL OTT Network of FAST Channel partners including Pluto, Peacock, Tubi, Roku, Xumo, Redbox, and more. LOL Audio has access to an additional 100 million listeners via our partnerships with SiriusXM, Stitcher, and Pandora. Known for content such as Cold As Balls, What the Fit, Die Hart, and more, the company has amassed more than 1 billion video views across its digital platforms, and has worked with brand partners such as AT&T, Headspace, Lyft, Old Spice, P&G, Viacom, and more. Find us online at www.laughoutloud.com or on Facebook, Instagram, Tiktok, Twitter, YouTube, and Snapchat via @lolnetwork.

This press release contains “forward-looking” statements that are based on our beliefs and assumptions and on information currently available to us on the date of this press release. Forward-looking statements may involve known and unknown risks, uncertainties and other factors that may cause our actual results, performance or achievements to be materially different from those expressed or implied by the forward-looking statements. These statements include but are not limited to the content, benefits, features, timing and availability of Die Harter and other Roku Originals on The Roku Channel; trends related to TV streaming; and the features, benefits, growth and reach of The Roku Channel and the Roku platform. Except as required by law, we assume no obligation to update these forward-looking statements publicly, or to update the reasons actual results could differ materially from those anticipated in the forward-looking statements, even if new information becomes available in the future. Important factors that could cause our actual results to differ materially are detailed from time to time in the reports Roku, Inc. files with the Securities and Exchange Commission, including our Annual Report on Form 10-K for the year ended December 31, 2020 and our Quarterly Report on Form 10-Q for the quarter ended March 31, 2021. Copies of reports filed with the SEC are posted on Roku’s website and are available from Roku without charge.

Roku is a registered trademark of Roku, Inc. in the U.S. and in other countries. Trade names, trademarks and service marks of other companies appearing in this press release are the property of their respective holders. 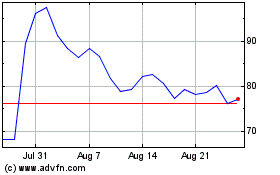 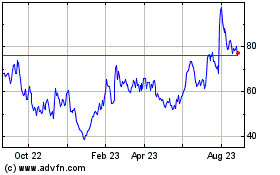 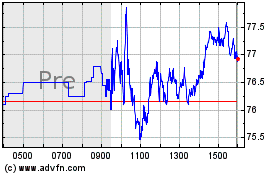