—      Top-line readout from Phase 2 pivotal trial of RP-L201 for Leukocyte Adhesion Deficiency-I expected on Thursday, May 19 —

“We are highly encouraged by the initial safety data from the two pediatric patients in the Phase 1 Danon Disease trial that suggest RP-A501 was well-tolerated,” said Gaurav Shah, M.D., Chief Executive Officer of Rocket Pharma. “These two patients had markedly reduced complement activation and no complement-related adverse events. They received preventative therapy with a modified immunosuppressive regimen. We believe today’s results represent an important step forward in optimizing the safety of AAV9-based gene therapy for Danon Disease and the Danon patient community. Updated data are anticipated in the third quarter, and we believe that the totality of data from seven patients treated in Phase 1 will support a rapid advance toward a Phase 2 pivotal study.”

“In our Phase 2 pivotal study in Fanconi Anemia, five of nine patients sustained increasing bone marrow cell resistance to mitomycin-C (MMC) confirmed over two consecutive timepoints,” said Dr. Shah. “In these patients, MMC-resistance increased to 51%-94% at 18 to 21 months, up from 21%-42% at 12 to 18 months. The increase in MMC resistance was accompanied by concomitant genetic markings and hematologic stabilization. Addressing the hematologic aspects of Fanconi Anemia is essential because this devastating disorder leads to bone marrow failure in the first decade of life. With these results, we have reached our primary endpoint as defined in the trial protocol and are initiating dialogue with health authorities on next steps forward.”

Dr. Shah continued, “Today’s positive updates from a subset of our world-class gene therapy pipeline highlight the momentum of our targeted and multi-platform approach toward developing potential cures for these rare, devastating bone marrow-derived and cardiovascular diseases for which viable treatment options are extremely limited.”

The data described in this oral presentation are from the ongoing first-in-human Phase 1 clinical trial evaluating a single intravenous infusion of RP-A501, the Company’s investigational gene therapy for the treatment of Danon Disease. The presentation includes previously disclosed safety and efficacy data from patients in the low-dose (6.7 x 1013 GC/kg; n=3) and high-dose (1.1 x 1014 GC/kg; n=2) young adult and adolescent cohort and new initial safety data from the low-dose (6.7 x 1013GC/kg; n=2) pediatric cohort.

Danon Disease is a rare X-linked inherited disorder caused by mutations in the gene encoding lysosome-associated membrane protein 2 (LAMP-2), an important mediator of autophagy. This results in accumulation of autophagosomes and glycogen, particularly in cardiac muscle and other tissues, which ultimately leads to heart failure, and for male patients, frequent death during adolescence or early adulthood. It is estimated to have a prevalence of 15,000 to 30,000 patients in the U.S. and Europe. The only available treatment option for Danon Disease is cardiac transplantation, which is associated with substantial complications and is not considered curative. There are no specific therapies available for the treatment of Danon Disease.

Fanconi Anemia (FA) is a rare pediatric disease characterized by bone marrow failure, malformations and cancer predisposition. The primary cause of death among patients with FA is bone marrow failure, which typically occurs during the first decade of life. Allogeneic hematopoietic stem cell transplantation (HSCT), when available, corrects the hematologic component of FA, but requires myeloablative conditioning. Graft-versus-host disease, a known complication of allogeneic HSCT, is associated with an increased risk of solid tumors, mainly squamous cell carcinomas of the head and neck region. Approximately 60-70% of patients with FA have a Fanconi Anemia complementation group A (FANCA) gene mutation, which encodes for a protein essential for DNA repair. Mutations in the FANCA gene leads to chromosomal breakage and increased sensitivity to oxidative and environmental stress. Increased sensitivity to DNA-alkylating agents such as mitomycin-C (MMC) or diepoxybutane (DEB) is a ‘gold standard’ test for FA diagnosis. Somatic mosaicism occurs when there is a spontaneous correction of the mutated gene that can lead to stabilization or correction of a FA patient’s blood counts in the absence of any administered therapy. Somatic mosaicism, often referred to as ‘natural gene therapy’ provides a strong rationale for the development of FA gene therapy because of the selective growth advantage of gene-corrected hematopoietic stem cells over FA cells.

Pyruvate kinase deficiency (PKD) is a rare, monogenic red blood cell disorder resulting from a mutation in the PKLR gene encoding for the pyruvate kinase enzyme, a key component of the red blood cell glycolytic pathway. Mutations in the PKLR gene result in increased red cell destruction and the disorder ranges from mild to life-threatening anemia. PKD has an estimated prevalence of 3,000 to 8,000 patients in the United States and the European Union. Children are the most commonly and severely affected subgroup of patients. Currently available treatments include splenectomy and red blood cell transfusions, which are associated with immune defects and chronic iron overload.

Various statements in this release concerning Rocket’s future expectations, plans and prospects, including, without limitation, Rocket’s expectations regarding its guidance for 2022 in light of COVID-19, the safety and effectiveness of product candidates that Rocket is developing to treat Fanconi Anemia (FA), Leukocyte Adhesion Deficiency-I (LAD-I), Pyruvate Kinase Deficiency (PKD), and Danon Disease, the expected timing and data readouts of Rocket’s ongoing and planned clinical trials, Rocket’s plans for the advancement of its Danon Disease program following the lifting of the FDA’s clinical hold and the safety, effectiveness and timing of related pre-clinical studies and clinical trials, and Rocket’s plans for the advancement of its Danon Disease, FA and PKD programs based on the data presented at ASGCT and the potential for therapeutic benefit related thereto, may constitute forward-looking statements for the purposes of the safe harbor provisions under the Private Securities Litigation Reform Act of 1995 and other federal securities laws and are subject to substantial risks, uncertainties and assumptions. You should not place reliance on these forward-looking statements, which often include words such as "believe," "expect," "anticipate," "intend," "plan," "will give," "estimate," "seek," "will," "may," "suggest" or similar terms, variations of such terms or the negative of those terms. Although Rocket believes that the expectations reflected in the forward-looking statements are reasonable, Rocket cannot guarantee such outcomes. Actual results may differ materially from those indicated by these forward-looking statements as a result of various important factors, including, without limitation, Rocket’s ability to monitor the impact of COVID-19 on its business operations and take steps to ensure the safety of patients, families and employees, the interest from patients and families for participation in each of Rocket’s ongoing trials, our expectations regarding the delays and impact of COVID-19 on clinical sites, patient enrollment, trial timelines and data readouts, our expectations regarding our drug supply for our ongoing and anticipated trials, actions of regulatory agencies, which may affect the initiation, timing and progress of pre-clinical studies and clinical trials of its product candidates, Rocket’s dependence on third parties for development, manufacture, marketing, sales and distribution of product candidates, the outcome of litigation, and unexpected expenditures, as well as those risks more fully discussed in the section entitled "Risk Factors" in Rocket’s Annual Report on Form 10-K for the year ended December 31, 2021, filed February 28, 2022 with the SEC. Accordingly, you should not place undue reliance on these forward-looking statements. All such statements speak only as of the date made, and Rocket undertakes no obligation to update or revise publicly any forward-looking statements, whether as a result of new information, future events or otherwise. 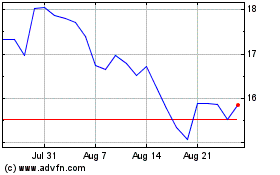 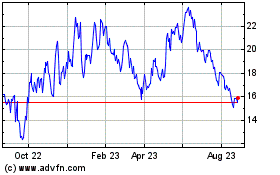 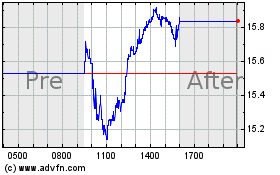