CELESTIQ’s full-glass roof is expected to be one of the first to feature a four-quadrant, suspended-particle-device (SPD) smart glass. With this smart glass, each occupant of the vehicle can set their own level of roof transparency. The driver and front-seat passenger will enjoy a pillar-to-pillar freeform display with active privacy to help mitigate driver distraction while rear-seat passengers have personalized entertainment screens. Console screens between seats in the front and back will separate individualized comfort settings from entertainment displays to minimize distractions.

SPD-Smart light control film, invented and patented by Research Frontiers (Nasdaq: REFR), is a key component in SPD-SmartGlass products. This film allows users to instantly, precisely and uniformly control the shading of glass or plastic products, either manually or automatically at the touch of a button. Products using Research Frontiers’ smart glass technology are being used in tens of thousands of cars, aircraft, yachts, trains, homes, offices, museums and other buildings.

Joseph M. Harary, President and CEO of Research Frontiers, noted: “SPD-SmartGlass will give each occupant of the CELESTIQ the ability to control the heat, light and glare coming into the vehicle, enhancing comfort, security and privacy, while also allowing them to better see information on their entertainment systems and devices. SPD-SmartGlass also can increase the driving range of electric vehicles.” 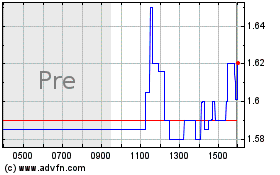