Making his triumphant debut onto the mainstream music scene, Rufio Hooks né Sebastian Garcia co-wrote BTS’ “Butter,” the group’s second English single. The track debuted at #1 on Billboard’s Hot 100, where it has remained for seven weeks, in addition to topping the Digital Song Sales chart. Upon release, "Butter" set several new all-time records; it had the biggest song debut on Spotify ever, with over 11 million first-day streams, and the music video soared to a record-breaking 113 million views within 24 hours and more than 3.9 million concurrent views. It is also the best-selling download of 2021 thus far. “Butter” also received widespread critical acclaim with the likes of Billboard, Forbes, Consequence of Sound, Entertainment Tonight, NME, and others referencing it as “Song of the Summer” in their reviews.

Originally from New Jersey, and now based out of Nashville, Rufio has quickly established himself as a rising pop-forward songwriter, producer, and artist. Beyond the BTS collaboration, his knack for crafting melodies and lyrics, skill in vocal production, and propensity for blending together sounds from Pop, R&B, Folk, and Country has led to sessions with Zach Crowell, Filmore, Jennifer Denmark, Jimmie Allen, Seaforth, Sophia Quinn, Cameron Bedell, and Stephen Kirk, among others.

“I am excited to team up with Reservoir and start this next chapter of my career,” says Rufio. “I think the culture that they have built in both Nashville and LA is really special.”

Reservoir EVP of Creative, John Ozier adds, “Seasoned songwriters dream of achieving the kind of record-breaking success that ‘Butter’ has, but the fact that this is Rufio’s first cut is utterly extraordinary and only speaks to his remarkable talent. He has such a strong ability to write across various genres, and we’re eager to tap into his natural gift and identify future collaborations for him across the industry.”

Rufio was represented in the deal by Brett Bassock at Renegade Songs and Bret Disend at Ozone Entertainment and Mike McKoy at Serling Rooks Hunter McKoy Worob & Averill LLP.

This news comes following the announcement that Reservoir has entered into an agreement with Roth CH II ($ROCC), a special purpose acquisition company, taking the first step toward becoming a publicly traded company listed on the Nasdaq.

Reservoir is an independent music company based in New York City and with offices in Los Angeles, Nashville, Toronto, London, and Abu Dhabi. Founded as a family-owned music publisher in 2007, the company has grown to represent over 130,000 copyrights and 36,000 master recordings with titles dating as far back as 1900, and hundreds of #1 releases worldwide. Reservoir holds a regular Top 10 U.S. Market Share according to Billboard’s Publishers Quarterly, was twice named Publisher of the Year by Music Business Worldwide’s The A&R Awards, and won Independent Publisher of the Year at the 2020 Music Week Awards.

The company also represents a multitude of recorded music through Chrysalis Records, Tommy Boy Records, and Philly Groove Records and manages artists through its ventures with Blue Raincoat Music and Big Life Management. 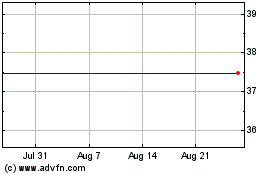 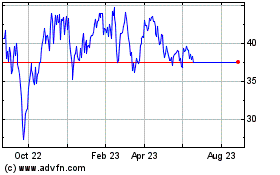 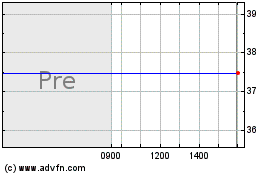