On September 13, 2021, Radius Global Infrastructure, Inc. (the “Company”) issued $264.5 million in aggregate principal amount of its 2.50% convertible senior notes due 2026 (the “Notes”), which amount includes the exercise in full of the $34.5 million option granted to the Initial Purchasers (as defined below) of the Notes, in a private offering to persons reasonably believed to be qualified institutional buyers pursuant to Rule 144A under the Securities Act of 1933, as amended (the “Securities Act”). The Notes are fully and unconditionally guaranteed by APW OpCo LLC (the “Guarantor”), the Company’s majority-owned subsidiary, and are senior, unsecured obligations of the Company and the Guarantor. The Notes bear interest at a fixed rate of 2.50% per year, payable semi-annually in arrears on March 15 and September 15 of each year, beginning on March 15, 2022. The Notes are convertible into cash, shares of the Company’s Class A common stock, $0.0001 par value per share (“Class A Common Stock”), or a combination thereof, at the Company’s election, and may be settled as described below. The Notes will mature on September 15, 2026 (the “Maturity Date”), unless earlier repurchased, redeemed or converted in accordance with their terms.

The net proceeds from the offering of the Notes were approximately $255.1 million, after deducting fees and estimated expenses payable by the Company. The Company used approximately $33.2 million of the net proceeds from the Notes to pay the cost of the Capped Call Transactions (as defined below) entered into in connection with the offering. The Company intends to use the remainder of the net proceeds for general corporate purposes, including acquisitions of real property interests and contractual rights underlying wireless communications cell sites and other telecommunications-related assets, other business opportunities, capital expenditures and working capital.

The Company issued the Notes pursuant to an indenture, dated as of September 13, 2021, among the Company, the Guarantor and U.S. Bank National Association, as trustee (the “Indenture”).

Prior to the close of business on the business day immediately preceding March 15, 2026, the Notes will be convertible at the option of the holders only under certain conditions and during certain periods. On or after March 15, 2026, until the close of business on the second scheduled trading day immediately preceding the Maturity Date, holders may convert their Notes, at their option at the conversion rate then in effect, irrespective of these conditions.

The conversion rate for the Notes will initially be 44.2087 shares of Class A Common Stock per $1,000 principal amount of Notes (equivalent to an initial conversion price of approximately $22.62 per share of Class A Common Stock). The conversion rate and the corresponding conversion price will be subject to adjustment in some events but will not be adjusted for any accrued and unpaid interest. The Company may redeem for cash all or part of the Notes, at its option, on or after September 20, 2024 and on or before the 61st scheduled trading day immediately prior to the Maturity Date, if certain liquidity conditions are satisfied and the last reported sale price of the Company’s Class A Common Stock has been at least 130% of the conversion price then in effect on (1) each of at least 20 trading days (whether or not consecutive) during any 30 consecutive trading day period ending on, and including, the trading day immediately preceding the date on which the Company provides notice of redemption and (2) the trading day immediately preceding the date the Company provides such notice, at a redemption price equal to 100% of the principal amount of the Notes to be redeemed, plus accrued and unpaid interest to, but excluding, the redemption date (as defined in the Indenture).

The Indenture provides for customary events of default, which include (subject in certain cases to grace and cure periods), among others: nonpayment of principal or interest; breach of covenants or other agreements in the Indenture; defaults with respect to certain other indebtedness; and certain events of bankruptcy, insolvency or reorganization. Generally, if an event of default occurs and is continuing under the Indenture, either the trustee or the holders of at least 25% in aggregate principal amount of the Notes then outstanding may declare the principal amount plus accrued and unpaid interest on such Notes to be immediately due and payable.

The Capped Call Transactions are separate transactions entered into by the Company with the Option Counterparties, are not part of the terms of the Notes, and will not change the rights of the holders of the Notes under such Notes.

The description of the Capped Call Transactions above is qualified in its entirety by reference to the text of the form of capped call confirmation, which is attached as Exhibit 10.1 to this Current Report on Form 8-K.

The information set forth in Item 1.01 of this Current Report on Form 8-K is incorporated herein by reference.

The information set forth in Item 1.01 and Item 8.01 of this Current Report on Form 8-K is incorporated herein by reference. The Company offered and sold the Notes to the Initial Purchasers in reliance on the exemption from the registration requirements provided by Section 4(a)(2) of the Securities Act for resale to persons reasonably believed to be qualified institutional buyers as defined in, and in reliance on, Rule 144A of the Securities Act. The Company relied on these exemptions from registration based in part on representations made by the Initial Purchasers in the Purchase Agreement (as defined below) pursuant to which the Company sold the Notes to the Initial Purchasers. The Notes and the underlying shares of the Company’s Class A Common Stock issuable upon conversion of the Notes, if any, have not been and will not be registered under the Securities Act, and may not be offered or sold in the United States absent registration or an applicable exemption from registration requirements.

On September 7, 2021, the Company issued a press release announcing its intention to offer convertible senior notes in a private placement to persons reasonably believed to be qualified institutional buyers pursuant to Rule 144A under the Securities Act. A copy of the press release is attached as Exhibit 99.1 to this Current Report on Form 8-K and is incorporated herein by reference.

On September 8, 2021, the Company issued a press release announcing the pricing of its offering of convertible senior notes in a private placement to persons reasonably believed to be qualified institutional buyers pursuant to Rule 144A under the Securities Act. A copy of the press release is attached as Exhibit 99.2 to this Current Report on Form 8-K and is incorporated herein by reference. 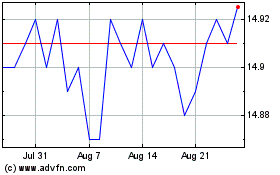 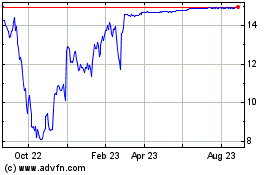 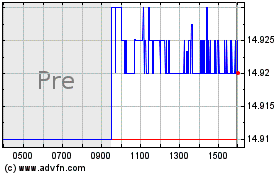