The class action alleges that QTT violated federal securities laws by issuing materially false and/or misleading information in its IPO offering documents and in its public statements while trading on NASDAQ. Specifically, that QTT failed to disclose to investors that: (1) Qutoutiao replaced its advertising agent with a related party, thereby bypassing third-party oversight of the content and quality of the advertisements; (2) the Company placed advertisements on its mobile application for products whose claims could not be substantiated and thus were considered false advertisements under applicable regulations; (3) as a result, the Company would face increasing regulatory scrutiny and reputational harm; (4) as a result, the Company's advertising revenue was reasonably likely to decline; and (5) as a result of the foregoing, Defendants' positive statements about the Company's business, operations, and prospects, were materially misleading and/or lacked a reasonable basis.

QTT offers a mobile application called Qutoutiao, meaning "fun headlines" in Chinese, that provides a customized feed to its users of aggregated articles and short videos from professional media and freelancers. On September 14, 2018, QTT issued its IPO, and sold 13.8 million shares at a price of $7.00 per share.

On December 10, 2019, Wolfpack Research published a report, alleging among other things, that the Company had overstated its revenues by recording non-existent advances from advertising customers. Moreover, the report alleged that Qutoutiao replaced its third-party advertising agent with a related party, thereby bypassing the agent's oversight and allowing the Company to "perpetrate the unmitigated ad fraud that [Wolfpack] observed in [its] sample." On this news, the Company's share price fell $0.12, nearly 4%, to close at $2.86 per share on December 11, 2019, on unusually heavy trading volume.

The truth was fully revealed on July 15, 2020 when China's state-controlled broadcasting network aired its annual consumer rights event. That evening, the hosts stated that Qutoutiao had allowed ads on its platform promoting exaggerated or impossible claims from weight-loss products. For example, one such ad offered free weight-loss products valued at $14,300 that would help users lose more than 30 pounds a month. On this news, the Company's share price fell $0.85, or 23%, to close at $2.84 per share on July 16, 2020, on unusually heavy trading volume.

In appointing Roche Cyrulnik Freedman LLP as Lead Counsel, the Court recognized that the firm "is sufficiently qualified, experienced, and capable to represent the interests of class members in this action." The Court accepted the Parties' stipulation and proposed order requiring Lead Plaintiff James Pappa to file and serve a consolidated amended complaint no later than January 15, 2021. 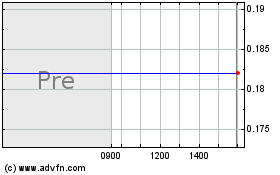