U.S. stocks jumped Monday following the holiday weekend, lifted by shares of everything from medical technology companies to banks.

Global stocks have rallied to start the week, with China's Shanghai Composite Index soaring to its highest level since early 2018. That was even as data continued to point to a rise in coronavirus cases in the U.S., which some investors have worried might force officials to further delay reopening plans across the country.

At least part of stocks' recent gains appear to stem from bets that the U.S. will be able to avoid having to reinstate widespread restrictions on business.

Shares of Becton Dickinson rose 2.2% after the company said it was launching a rapid diagnostic test for the new coronavirus.

Meanwhile, Uber Technologies added 4.3% after it said that it would buy Postmates for about $2.65 billion in an all-stock transaction.

Bank shares also bounced higher, with Bank of America rising 1.7% and Goldman Sachs up 3.1%. Many bank stocks are down substantially for the year, hurt by prospects of a drop in lending and consumer activity due to the pandemic.

Some analysts cautioned that the market's recent surge could run out of momentum in the coming months, given the potential for economic data to disappoint at a time when stocks look expensive relative to expected earnings. Although reports have shown swaths of the economy rebounding, many measures of consumer spending remain far below prepandemic levels.

"Quite frankly, we're not that optimistic about markets for the second half of the year," said John Vail, chief global strategist at Nikko Asset Management, who added that the firm is expecting middling returns for U.S. stocks for the year.

Elsewhere, the Stoxx Europe 600 rose 1.1% after data showed German factory orders rebounded 10.4% in May after falling sharply during the lockdown in April. The increase was driven by both domestic and foreign orders, as economies around the world began to reopen. Data also showed eurozone retail sales were stronger than expected in May.

Shares of Germany's second-largest lender Commerzbank jumped 8.2% after the bank said its chairman and chief executive would step down. The bank has been under pressure from one of its major investors, Cerberus Capital Management.

"In recent weeks, the data has looked very positive from China. Its economy is back in motion, and that should lift global equities a bit," said Seema Shah, chief strategist at Principal Global Investors.

China market analysts said it was hard to pinpoint a single clear driver for Monday's surge, though some pointed to a front-page editorial in state-owned China Securities Journal. It said fostering a "healthy bull market" was important, given China's increasingly complicated international relations, intense financial and technological competition, and the challenge of controlling internal financial risks.

Investors compared the leap in Chinese financial markets to a wave of optimism that drove a historic bull run in 2014 and 2015 that eventually ended in a ruinous market crash.

"The article was a clear indication that China's government is determined to support the rally in local stocks. They're capable of doing that. They've proved that in the past by using state-owned entities to purchase local stocks," said Piotr Matys, foreign exchange strategist at Rabobank.

Xie Yu contributed to this article.

Write to Anna Isaac at anna.isaac@wsj.com and Akane Otani at akane.otani@wsj.com 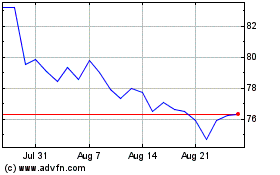 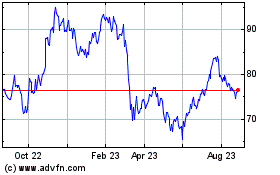 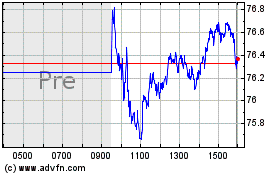