Pluristem Therapeutics Inc. (Nasdaq:PSTI) (TASE:PSTI), a leading regenerative medicine company developing a platform of novel biological therapeutic products, today reported the first clinical results for PLX-R18 in humans from its Phase I study evaluating PLX-R18 as a treatment for incomplete hematopoietic recovery following hematopoietic cell transplantation (HCT). The initial results consisted of the analysis of the first 19 patients enrolled, and not all patients completed a one year follow up.

The initial data from the Phase I trial demonstrated:

Incomplete hematopoietic recovery poses a significant life-threatening condition to HCT recipients who fail to respond to standard of care treatments, making them vulnerable to infections and bleeding. PLX-R18 may address the unmet need in this patient population by stimulating the regenerative potential of bone marrow where other treatments have proven ineffective. The U.S. Food and Drug Administration (FDA) has granted Orphan Drug Designation to PLX-R18 in this indication.

Prof Hillard M. Lazarus commented on the results, “The use of Pluristem’s PLX-R18 product candidate in a group of patients who had extremely low blood counts resulted in actual clinical improvement with a significant rise in critical blood counts.”

Pluristem CEO and President Yaky Yanay stated, “These first PLX-R18 data in humans support our expectations that our PLX platform can yield multiple regenerative therapeutics. This significant milestone adds to a pivotal year ahead with four readouts in Critical Limb Ischemia (CLI), muscle regeneration following hip fracture, COVID-19 complicated by Acute Respiratory Distress Syndrome (ARDS), and HCT evaluating both our PLX-PAD and PLX-R18 product candidates. We are committed to developing solutions for unmet medical needs based on our expertise attained over a decade and supported by our advanced platform technology and in-house manufacturing capabilities.”

The ASH Annual Meeting is the world’s most comprehensive hematology event of the year featuring scientific abstracts highlighting updates on the most critical topics in hematology. With more than 18,000 members from nearly 100 countries, ASH is the world's largest professional society serving both clinicians and scientists around the world who are working to conquer blood diseases.

Safe Harbor StatementThis press release contains express or implied forward-looking statements within the Private Securities Litigation Reform Act of 1995 and other U.S. Federal securities laws. For example, Pluristem is using forward-looking statements when it discusses its Phase I HCT study, expected timing for reporting top line results from the full clinical study, its anticipation for a significant year with four readouts in CLI, muscle regeneration following hip fracture, COVID-19 complicated by ARDS, and HCT evaluating both our PLX-PAD and PLX-R18 product candidates, that these first PLX-R18 data in humans support its expectations that its PLX platform can yield multiple regenerative therapeutics or when it discusses developing solutions for unmet medical needs. These forward-looking statements and their implications are based on the current expectations of the management of Pluristem only, and are subject to a number of factors and uncertainties that could cause actual results to differ materially from those described in the forward-looking statements. The following factors, among others, could cause actual results to differ materially from those described in the forward-looking statements: changes in technology and market requirements; Pluristem may encounter delays or obstacles in launching and/or successfully completing its clinical trials; Pluristem’s products may not be approved by regulatory agencies, Pluristem’s technology may not be validated as it progresses further and its methods may not be accepted by the scientific community; Pluristem may be unable to retain or attract key employees whose knowledge is essential to the development of its products; unforeseen scientific difficulties may develop with Pluristem’s process; Pluristem’s products may wind up being more expensive than it anticipates; results in the laboratory may not translate to equally good results in real clinical settings; results of preclinical studies may not correlate with the results of human clinical trials; Pluristem’s patents may not be sufficient; Pluristem’s products may harm recipients; changes in legislation may adversely impact Pluristem; inability to timely develop and introduce new technologies, products and applications; loss of market share and pressure on pricing resulting from competition, which could cause the actual results or performance of Pluristem to differ materially from those contemplated in such forward-looking statements. Except as otherwise required by law, Pluristem undertakes no obligation to publicly release any revisions to these forward-looking statements to reflect events or circumstances after the date hereof or to reflect the occurrence of unanticipated events. For a more detailed description of the risks and uncertainties affecting Pluristem, reference is made to Pluristem's reports filed from time to time with the Securities and Exchange Commission. 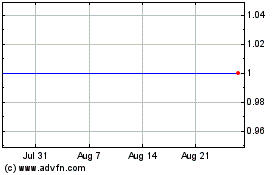 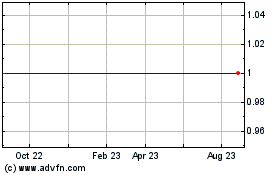 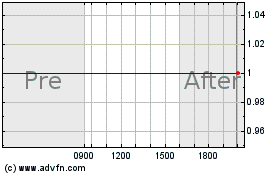