PharmaCyte Biotech, Inc. (NASDAQ: PMCB) (PharmaCyte or Company), a biotechnology company focused on developing cellular therapies for cancer and diabetes using its signature live-cell encapsulation technology, Cell-in-a-Box®, today announced that the Company will expand its product pipeline to again include its diabetes program and its malignant ascites program. Expanding the product pipeline was made possible after PharmaCyte closed on two public offerings, totaling approximately $90 million, including exercised warrants.

The Chief Executive Officer of PharmaCyte, Kenneth L. Waggoner, said of the capital raises, “With the closing of two separate public offerings totaling approximately $90 million now complete, PharmaCyte can, for the first time in its history, operate comfortably in its development of treatments for hard-to-treat diseases without being constrained by financial resources.

“For a myriad of reasons, this is unquestionably good news for the Company, our shareholders and the patients we hope to treat. Most importantly, we now have the capital to complete the work necessary to satisfy the FDA’s requests to lift the clinical hold and receive an open Investigational New Drug application (IND) for our treatment in locally advanced, inoperable pancreatic cancer (LAPC). In addition, PharmaCyte is positioned to immediately move into a fully funded clinical trial in LAPC should the FDA lift the clinical hold. Also, because the Company is now well-capitalized, we can broaden our entire development pipeline, including our diabetes and malignant ascites programs.

“We were able to attract institutional investors to accomplish this substantial raise while maintaining our low-float, and we have no plans to raise additional capital any time soon.”

Mr. Waggoner, discussing the expansion of the Company’s product pipeline, continued, “PharmaCyte remains laser focused on getting our leading product candidate, the treatment for LAPC, into a Phase 2b clinical trial. However, after deferring our diabetes and malignant ascites programs to dedicate every dollar to our treatment for LAPC, we are now ideally situated to reengage these two programs.

“We are excited to have the opportunity to continue what is very important work in the development of a treatment for Type 1 and insulin dependent Type 2 diabetes and for a treatment to delay the production and accumulation of malignant ascites fluid that results from abdominal tumors.”

PharmaCyte’s product candidate for cancer involves encapsulating genetically engineered human cells that convert an inactive chemotherapy drug into its active or “cancer-killing” form. For pancreatic cancer, these encapsulated cells are implanted in the blood supply to the patient’s tumor as close as possible to the site of the tumor. Once implanted, the chemotherapy prodrug ifosfamide that is normally activated in the liver is given intravenously at one-third the normal dose. The ifosfamide is carried by the circulatory system to where the encapsulated cells have been implanted. When the ifosfamide flows through pores in the capsules, the live cells inside act as a “bio-artificial liver” and activate the chemotherapy prodrug ifosfamide at the site of the cancer.

PharmaCyte’s product candidate for Type 1 diabetes and insulin-dependent Type 2 diabetes involves encapsulating a human liver cell line that has been genetically engineered to produce and release insulin in response to the levels of blood sugar in the human body. PharmaCyte is also considering the use of genetically modified stem cells to treat diabetes. The encapsulation of the cell lines will be done using the Cell-in-a-Box® technology. Once the encapsulated cells are implanted in a diabetic patient, we anticipate that they will function as a “bio-artificial pancreas” for purposes of insulin production.

This press release may contain forward-looking statements within the meaning of the Private Securities Litigation Reform Act of 1995 that express the current beliefs and expectations of the management of PharmaCyte. Any statements contained in this press release that do not describe historical facts are forward-looking statements that are subject to risks and uncertainties that could cause actual results, performance, and achievements to differ materially from those discussed in such forward-looking statements. Factors that could affect our actual results include our ability to maintain the listing of our common stock on a national securities exchange, raise the necessary capital to fund our operations and to find partners to supplement our capabilities and resources, satisfactorily address the issues raised by the FDA to have the clinical hold removed on our IND so that we may proceed with our planned clinical trial for LAPC, as well as such other factors that are included in our periodic reports on Form 10-K and Form 10-Q that we file with the SEC. These forward-looking statements are made only as of the date hereof, and we undertake no obligation to update or revise the forward-looking statements, except as otherwise required by law, whether because of new information, future events or otherwise.

More information about PharmaCyte Biotech can be found at www.PharmaCyte.com. Information may also be obtained by contacting PharmaCyte’s Investor Relations Department. 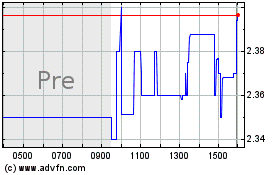