People are grabbing a soda at the convenience store again.

PepsiCo Inc.'s revenue grew 5.3% for the latest quarter as its beverage business rebounded and strong demand continued amid the pandemic for its snacks and packaged foods.

"Mobility has clearly risen," the company's finance chief, Hugh Johnston, said in an interview. "People are getting comfortable with how to protect themselves in the new environment and live their lives."

The company's namesake sodas and other drinks have been hurt during the Covid-19 pandemic by the closures of offices and restaurants, and a decline in trips to gas stations and convenience stores. But that changed in the third quarter: Revenue for PepsiCo's North American beverage division climbed 6% to $5.96 billion, bouncing back from a decline of 7% in the previous quarter.

Sales in restaurants and offices remain down by a lot, but revenue grew in convenience stores and gas stations, Mr. Johnston said. The company's food business, meanwhile, has benefited as Americans cook and snack more at home. Among the products selling well: Tostitos, pancake mix and Cheetos Mac 'N Cheese.

Constellation Brands Inc., the brewer of Corona beers for the U.S. market, reported a 4% drop in revenue for the quarter ended Aug. 31. The company said a production slowdown in Mexico earlier in the pandemic hurt inventory levels and shipment volumes, but it expected volumes to return to more normal levels in the current quarter.

Constellation executives have said strong retail-store sales of beer and liquor have helped offset declines from the temporary closures or capacity limits on restaurants and bars as the virus continues to spread in parts of the world. This week, New York City reopened limited indoor dining, while North Carolina said it would allow bars to open with outdoor seating starting Friday.

The snacks-and-beverage company also is exploring an entry into the U.S. alcohol market, after rival Coca-Cola Co. said it planned to launch a boozy version of its Topo Chico sparkling water in a partnership with Molson Coors Beverage Co.

PepsiCo Chief Executive Ramon Laguarta said his company is looking at the three-tier system of alcohol sales in the U.S., where products must be made, distributed and sold by separate companies.

"Given the three-tier system, it's not obvious how you capture a lot of value," he said on a call with analysts Thursday. "First I would say, Do we play or not? Second, very important, is who do we play with and who do we partner to maximize the value for PepsiCo?"

PepsiCo on Thursday issued new financial guidance for the year, after withdrawing its 2020 guidance in April. The company now projects organic revenue growth, which adjusts for currency effects and strips out acquisitions, of about 4%. On that basis, revenue rose 4.2% in the quarter, which ended Sept. 5.

"The consumer trends in mobility and behavior around away-from-home versus in-home are stable enough" to predict how the company will fare through the end of the year, Mr. Johnston said.

Another major food maker, Chicago-based Conagra Brands Inc., said Thursday that while demand for food at home has moderated since the spring, it will likely remain higher than normal as consumers continue to spend more time out of public places. "They were forced into a lockdown, but then they discovered that they like cooking; they like watching movies together," Conagra CEO Sean Connolly said in an interview. Conagra, which makes Healthy Choice frozen meals, Slim Jim meat snacks and Hunt's tomatoes, said its comparable sales rose 15% in the quarter ended Aug. 30. It expects growth of 6% to 8% in the current quarter.

For the latest quarter, net income attributable to PepsiCo was $2.29 billion, or $1.65 a share, up from $2.1 billion, or $1.49 a share, a year earlier. The results were better than analysts' forecasts and PepsiCo shares rose 0.9% in afternoon trading.

Constellation executives said they wouldn't provide financial guidance for the rest of its fiscal year because of uncertainty around the pandemic. The company continues to take hits from its $4 billion bet on Canadian marijuana grower Canopy Growth Corp. In its latest quarter, the value of Constellation's investment in Canopy declined by $48 million.

Annie Gasparro contributed to this article. 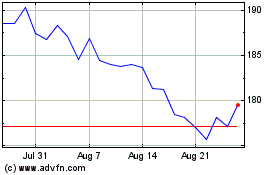 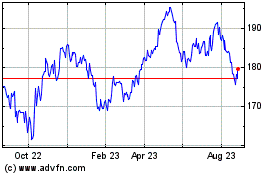 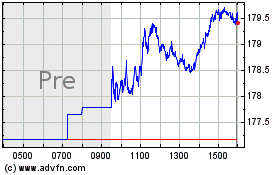