BlackBerry (NYSE: BB) is a Canada-based cybersecurity company that provides organizations with enterprise-level critical event management solutions and endpoint protection services. It’s also gaining traction in verticals such as cyber security and the internet of things while utilizing artificial intelligence and machine learning technologies in these segments.

The stock has been on a roller coaster ride this year with its stock price fluctuating from as high as $28.77 per share to as low as $4.44. However, despite such volatility, Blackberry stock can be a great addition to your portfolio as it is an established player in the exploding cybersecurity space.

As the world moves towards digitalization, demand for enterprise-level cybersecurity solutions is steadily increasing. Besides, post the pandemic many organizations intend to shift permanently to a remote work structure and this is a huge opportunity for Blackberry’s cybersecurity segment allowing the company to capitalize on the growing momentum to drive growth in the future.

IoT and QNX are the other two segments that have contributed immensely to the company’s growth. Blackberry had increased its deployment of QNX in vehicles to offset its relatively weaker cybersecurity sales and its revolutionary OS has already been embedded in more than 195 million vehicles.

Additionally, Blackberry’s partnerships with giants like Amazon Web Services (NASDAQ: AMZN), Alphabet (NASDAQ: GOOGL) and Qualcomm (NASDAQ: QCOM) are some other big developments that can catalyze its growth. With AWS, Blackberry would be developing and launching a software platform that can aid in managing and exchanging vehicle data in a secured environment while with Alphabet and Qualcomm the company would be providing the users with a solid Android experience at a reduced cost.

Blackberry has recently has made a few interesting announcements post which its shares had started rallying. Firstly, it announced that the QNX Hypervisor and VIRTIO will be available now to deliver the “ultimate cockpit experience” in the automotive industry having features such as faster booting or sharing of audio, graphics, video (camera), touchscreen, vehicle HAL sharing etc.

Secondly, the company has also announced updates to BlackBerry Guard 2.0, the artificial intelligence-powered mobile threat defence system. This update will not only provide users better protection against cyberattacks but also has advanced features like automated rapid response reports to contain threats. Therefore, this move can push more and more enterprises and governments towards signing up for its subscription platform.

Finally, Blackberry has joined forces with organizations like Okta (NASDAQ: OKTA), Mimecast, Stellar Cyber, and XM Cyber as its new partners in the extended detection and response (XDR) ecosystem. These set of partnerships will further help the company in spreading its prevention first approach i.e identifying threats in the partnerU+02019s telemetry itself before those propagate further in the environment.

Blackberry’s second-quarter financials look disastrous at first glance. Its revenue had decreased 32% YOY and the net loss had reached $141 million compared to the net loss of $23 million last year. While the IoT segment showed some growth the cybersecurity segment stayed flat.  The company’s management has been steadily trying to improve its core performance and has stated they would focus more on growth than on profitability at present. This might mean that losses will increase further over the next several quarters, weakening the companyU+02019s balance sheet until growth initiatives in the cybersecurity and IoT segments become successful.

Blackberry stock is not for the short-term investors as it will remain vulnerable until its growth story gains pace and the top-line normalizes. Moreover, the company’s recent announcements might look exciting but one must understand that those haven’t turned to revenue yet. Besides, despite such interesting partnerships the company has entered into, its revenue still needs to climb a lot more to reach where it used to be decades back. 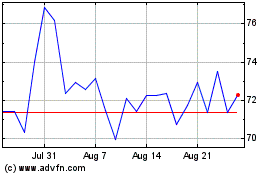 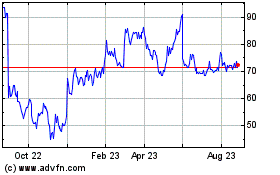 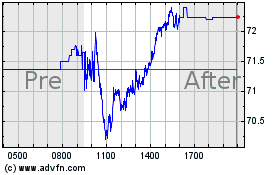