Nvidia's newest graphics cards were a holiday sensation, Chief Financial Officer Colette Kress said during an earnings call. She added that some inventories are likely to remain low in the first quarter even as Nvidia increases supply. "Throughout our supply chain, stronger demand globally has limited the availability of capacity and components," Ms. Kress said.

President Biden on Wednesday signed an executive order directing a broad review of supply chains for semiconductors and other critical materials.

Nvidia's game-chip business posted a record $2.5 billion in revenue for the December quarter, up 67% from a year earlier. The company's graphics chips have proved useful for other tasks as well, including artificial-intelligence calculations that underpin gadgets such as smart speakers and product-recommendation engines.

The chip maker joins other technology companies that expect the coronavirus pandemic to continue to stoke demand for remote-computing services. Microsoft Corp. last month reported a healthy rise in sales, driven by its cloud-computing division, with further growth expected in the current quarter. Amazon.com Inc., Apple Inc. and Alphabet Inc.'s Google have all recorded persistent demand for digital offerings as the pandemic drags on.

Nvidia's high-performance graphics chips have also been popular with cryptocurrency miners. The company estimates it had $100 million to $300 million in cryptocurrency related sales, Ms. Kress said.

To avoid the use of its graphics cards by cryptominers, the company is launching a chip aimed at the cryptocurrency market. Ms. Kress said the new chip is expected to generate about $50 million in revenue in the current quarter. Nvidia has added software to detect when its graphics cards are used by cryptocurrency miners, in an effort to slow the cards' performance and direct the miners to the company's new product line.

Chief Executive Jensen Huang wants to expand Nvidia's focus with the proposed $40 billion acquisition of U.K.-based chip designer Arm Holdings from SoftBank Group Corp. Arm's circuit designs are in almost all smartphones, and its acquisition would open up a new business line for Nvidia.

The industry's chip-supply issues have hit car makers particularly hard. Companies such as General Motors Co., Ford Motor Co. and Volkswagen AG have idled some of their production capacity as they await critical parts.

Nvidia said its automotive sales totaled $145 million, up 16% from the previous quarter and down 11% from a year earlier. Its automotive division has experienced several quarters of declines, reflecting disrupted car production and sagging sales as consumers put off major purchases during the pandemic. Automotive revenue fell 23% for the year.

Ms. Kress said the sequential increase partly reflects a recovery in some legacy business, as well as demand for processors that enable more cutting-edge features such as autonomous driving. 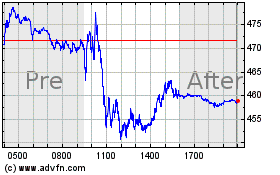