- Data is a powerful theme including 3 stocks and 1 crypto

- How to execute the trade

September 29, 2020 -- InvestorsHub NewsWire -- Our fund positions in IPO sympathy plays as a way to play IPOs indirectly. These kinds of plays are also known as thematic investing or thematic investment baskets.

The last thematic investment basket, the ‘Coronavirus basket’ resulted in a gain of over 3000%. Companies like Novavax (NVAX) and other pharmaceutical components were largely responsible for the gains.

The performance of the BMY-CELG basket is an example of how well a thematic investment basket can outperform the broader market. It’s described in detail in the article titled, ‘Generating Alpha from Information Arbitrage in the Financial Markets with NLP Datasets: ????’

That simply means trading stocks that are moving ‘in sympathy” with another related stock, crypto or global event of some kinds like the ‘Coronavirus basket’ above.

Let’s dig right in and let me show you our approach for our ultimate thematic investing basket based on current events.

Introducing the ‘Data is the new oil’ thematic investing basket

Palantir (PLTR) is expected to fetch a lofty market valuation of more than $20 billion at listing on a fully diluted basis, in its transition to a public company despite an unusually aggressive governance structure, in the latest sign of investors’ voracious appetite for new shares. Palantir’s bankers have told investors the shares could start trading around $10 apiece, according to people familiar with the matter. In the private markets over the past year, Palantir’s stock has trended higher. The volume-weighted average price in August was $7.31 and and in September, $9.17.

The data-mining-software specialist is eschewing the traditional IPO route and going public through a direct listing, in which a company floats its existing shares on a public exchange and lets the market determine the price. The debut planned for September 30.

Those average prices are likely to help determine Palantir’s reference price, the guidepost to where the stock could open in a direct listing. The stock exchange publishes the price after looking at recent private-market transactions and consulting with the company’s financial advisers.

Palantir (PLTR) looks like it could be a customer of a new upcoming player in data, Tesla (TSLA). Lets explore the relationship…

Tesla (TSLA) plans to offer machine-learning training as a web service with its new ‘Dojo’ supercomputer, according to new comments from CEO Elon Musk.

“We do have a major program at Tesla which we don’t have enough time to talk about today called “Dojo.” That’s a super powerful training computer. The goal of Dojo will be to be able to take in vast amounts of data and train at a video level and do unsupervised massive training of vast amounts of video with the Dojo program — or Dojo computer.”

This would make Dojo a truly cutting-edge supercomputer considering there’s currently a race to break the exaFLOP barrier in supercomputing with companies like Intel and AMD, along with governments, in the running.

In a series of tweets that started through a response to famed software engineer John Carmack, Musk confirmed that Tesla (TSLA) plans to open the supercomputer to the public as a web service to train machine learning models:

"Yeah, we will open Dojo for training as a web service once we work out the bugs" — Elon Musk (@elonmusk) September 20, 2020

Determine for yourself if that makes sense. We know for a fact that Tesla’s new AI computing offerings will need datasets to attract customers. They will be competing for AI customers with Amazon AWS (AMZN), Google Cloud (GOOG) and Microsoft (MSFT), trillion-dollar companies, along with S&P Global (SPGI), Bloomberg’s alternative data division and Snowflake (SNOW), who also use datasets to attract new AI customers. The next company might be able to provide Tesla’s operation with just what it needs. Lets see how they connect…

Latest research suggests “The Next Big Breakthrough in AI Will Be Around Language” — Harvard Business Review.

While data can be viewed as unrefined crude oil, Vectorspace AI (VXV) produces datasets, which are the refined gasoline which power most Artificial Intelligence (AI) and Machine Learning (ML) systems today.

This group is the tip of the spear when it comes to advancing AI/ML pipelines in any industry. Vectospace AI algorithmically generates datasets based on formal Natural Language Processing/Understanding (NLP/NLU) models including OpenAI’s GPT-3, Google’s BERT along with word2vec and other models which were built on top of vector space applications at Lawrence Berkeley National Laboratory and the US Dept. of Energy (DOE). Over 100 billion different datasets are available based on customized data sources, rows, columns or language models. See also ‘Vectorspace AI & CERN Create Natural Language Processing (NLP) Datasets in Particle Physics with Applications in Artificial Intelligence (AI) for Every Industry’

Current competitors include Palantir (PLTR), Google (GOOG) and SAS. Datasets need a place to be stored and distributed. This is where the next component comes into play…

Data unicorn Snowflake (SNOW), Snowflake’s shares soared as high as $319 in their first day of trading, giving the company a putative value of $88 billion. As Almost Daily Grant’s reported, one of the newsletter’s eagle-eyed readers noted that Snowflake’s S-1 Securities and Exchange Commission filing said it “believes the addressable market opportunity for our Cloud Data Platform is approximately $81 billion as of January 31, 2020.” By Thursday’s close, Snowflake stock had fallen back to $227.54, still a gain of more than $100 for investors lucky enough to have received an IPO allocation, which notably included Warren Buffett’s Berkshire Hathaway (BRK.B).

Snowflake provides a cloud-based data warehousing platform that is available on the three major public clouds. While it will likely remain unprofitable in the near term, the company is growing fast (+174% y/y) and should benefit from the ongoing shift to cloud.

The Snowflake Data Marketplace is built on top of Snowflake’s Secure Data Sharing technology, and provides an easy-to-use platform for organizations to find, share and access content.

You can create sub-themes e.g. a TSLA thematic investing basket named ‘lithium’ where all the components have known or hidden connections to the latest breakthroughs in battery technology.

Executing basket trades work best when they are swing trades. Slippage is not much of a concern as you have plenty of time to position. One of the most important factors would be to determine which stocks, cryptos or other assets in the basket are oversold versus undersold. You can use a standard 10–14 day MACD. Other factors including weighting and deploying your capital across each trade or multiple thematic investing baskets.

Lots can be done with thematic investing baskets but most importantly, it’s a smart and safe way to diversify while also maximizing gains.

In our next article, we’ll talk about Thematic Smart Baskets. Stay tuned!

Generating Alpha from Information Arbitrage in the Financial Markets with NLP Datasets: ????

Dexamethasone Announcement Could Have Made Hedge Funds A Fortune — Alpha Week

S&P and Snowflake collaborate to deliver financial and alternative data 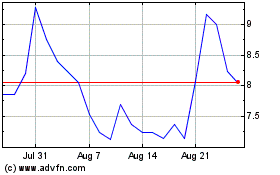 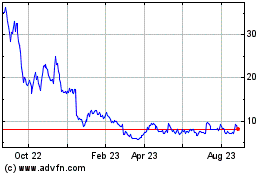 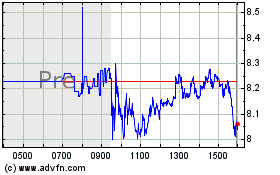