Over the past year, people around the world1 (65%) report spending more time online than ever before, likely a result of the COVID-19 pandemic. As we connected to the internet for everything from work and school to entertainment, social connection and even groceries, cybercriminals took advantage and launched coordinated attacks and convincing scams. Today, NortonLifeLock, a global leader in consumer Cyber Safety, revealed that in the past year nearly 330 million people across 10 countries were victims of cybercrime and more than 55 million people were victims of identity theft. Cybercrime victims collectively spent nearly 2.7 billion hours trying to resolve their issues.

The 6th annual Norton Cyber Safety Insights Report, conducted online in partnership with The Harris Poll among over 10,000 adults in 10 countries including 1,000 in the United States, also found one-quarter of Americans (25%) detected unauthorized access to an account or device in the past 12 months. Of the nearly 108 million Americans who experienced cybercrime in the past 12 months (41%), an average of 6.7 hours2 was spent trying to resolve the issues created, for an estimated over 719 million hours of Americans’ time lost to cybercrime. With the rise in online criminal activity3, nearly half of Americans (47%) feel more vulnerable to cybercrime than they did before the COVID-19 pandemic began.

“This past year has been incredibly challenging as we’ve navigated the emotional and physical effects of a global pandemic. What’s more, there is the added concern for the online health and safety of our families as we spend more time online,” says Paige Hanson, chief of cyber safety education, NortonLifeLock. “Cybercriminals have taken advantage of our changing behaviors and increased digital footprint.”

Americans’ increased time online and inability to tell fact from fiction may be key drivers of their cybercrime insecurity. Seventy-three percent of Americans say they are spending more time online than ever before, with 59% saying they are more worried than ever before about becoming a victim of cybercrime and 56% admitting it’s difficult for them to determine if information they see online is from a credible source. Further, 76% believe remote work has made it much easier for hackers and cybercriminals to take advantage of people.

“Despite vulnerability and confusion this year, we are starting to see a silver lining with consumers fighting back and taking a more active role in protecting their digital lives,” said Hanson.

As a result of cybercrime concerns, 77% of Americans say they have taken more precautions online. Further, almost all Americans who detected unauthorized access to an account or device in the past 12 months (99%) took some action to better their Cyber Safety, including creating stronger password(s) (66%) or contacting the company the account was hacked from (51%). Many turned to family member(s) (33%) or the internet (31%) for help, while others invested more in security software through first-time purchases or doubled down on pre-existing subscriptions (18%).

For more information on how you can help protect your digital life, please visit the Norton Internet Security Center.

The research was conducted online by The Harris Poll on behalf of NortonLifeLock among 10,030 adults (aged 18+) in 10 countries. The survey was conducted February 15-28, 2021 in Australia (n=1,005), France (n=1,000), Germany (n=1,001), India (n=1,000), Italy (n=1,000), Japan (n=1,020), Netherlands (n=1,000), New Zealand (n=1,004), United Kingdom (n=1,000), and United States (n=1,000). Data are weighted where necessary to bring them in line with their actual proportions in the population; India was weighted to the population of those who are online. Weighted variables varied by country and included one or more of the following: age, gender, race/ethnicity, region, education, marital status, internet usage, household size, household income, size of place, and propensity to be online. A global postweight was applied to ensure equal weight of each country in the global total. Population projection estimates cited are calculated based on adult population (age 18+) figures from the U.S. Census Bureau’s 2021 International Data Base and Pew Research Center 2017 Global Attitudes Survey. No estimates of theoretical sampling error can be calculated.

NortonLifeLock Inc. (NASDAQ: NLOK) is a global leader in consumer Cyber Safety, protecting and empowering people to live their digital lives safely. We are the consumer’s trusted ally in an increasingly complex and connected world. Learn more about how we’re transforming Cyber Safety at www.NortonLifeLock.com. 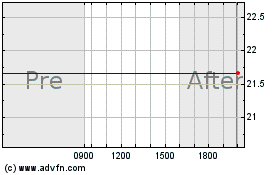