General Motors Co. will no longer take an equity stake in electric-truck maker Nikola Corp. under a stripped-down agreement revealed Monday, a significant retrenchment from an earlier pact that fueled investor enthusiasm for both companies.

Under the revised deal, GM still intends to provide Nikola with fuel-cell technology but it has nixed plans to take an 11% stake in the Phoenix-based startup in exchange for supplying engineering work and other services.

The Detroit auto maker has also scrapped plans to build an electric pickup truck called the Badger for Nikola, a key part of an earlier agreement outlined in September. That deal got delayed after a negative short seller's report raised questions about the readiness of some aspects of Nikola's business, allegations the company said were false and misleading.

The original agreement bolstered Nikola's status as one of several highflying green-vehicle startups drawing attention from Wall Street. GM's lending of its engineering and manufacturing expertise, and being granted a spot on Nikola's board, had been seen as a validation of Nikola's business model and growth prospects.

For GM, the Badger piece of the deal had been seen as a boost for its broader plans to license its electric-vehicle technology, the potential of which has helped lift its share price in recent weeks.

GM was to engineer and build the light-duty pickup truck for Nikola, using its proprietary battery system that will be used in many planned GM models.

Nikola shares were down about 24% in Monday midday trading after the release of details about the nonbinding memorandum of understanding with GM. GM shares were off about 1.6%.

The scaled-back deal with GM is a blow to Nikola, whose strategy involves striking alliances with other deep-pocketed companies to collaborate on various parts of its business, Wedbush Securities analyst Daniel Ives wrote in a Monday note.

"This went from a game changer deal for Nikola to a good supply partnership but nothing to write home about," he wrote.

Emmanuel Rosner, an analyst at Deutsche Bank, said in a note Monday that Nikola's outlook is dimmed by the less expansive terms of the new deal. "GM essentially no longer wants to be tied to Nikola's longer term output," he said.

Nikola revealed the revised deal with GM a day ahead of a closely watched lockup period expiring for some early investors who got shares as part of the startup's June listing. Starting Tuesday, those investors can start selling off approximately 161 million shares -- the majority of which are owned by founder and recently departed Executive Chairman Trevor Milton.

A spokesman for Mr. Milton didn't have an immediate comment.

Executives and board members recently extended the lockup for another 136.5 million shares through April, company filings show.

While Nikola has yet to sell a single vehicle, its plans to revolutionize the trucking industry with electric and fuel-cell technology have excited Wall Street investors, causing its stock to soar this summer.

In June, Nikola's market value briefly surpassed that of Ford Motor Co., after Mr. Milton tweeted that the company would begin taking reservations on the Badger pickup and show off a working truck by the end of 2020.

Nikola had committed to pay GM up to $700 million to develop and build the Badger in a deal valued at about $4 billion when it was announced Sept. 3, including the equity stake.

Nikola's shares jumped on the news of the GM partnership, but were slammed days later in the wake of the report from short seller Hindenburg Research, which claimed that Mr. Milton made exaggerated claims about Nikola's technology. Mr. Milton, who said he would defend himself against the report's allegations, stepped down in September.

Nikola faces continuing legal issues stemming from the short seller's report. It disclosed earlier this month that it had received subpoenas from the Securities and Exchange Commission and U.S. Justice Department in September.

Nikola has said it was cooperating with the investigations. A spokesman for the Justice Department declined to comment.

The fallout from the short seller's report also forced GM executives to field questions about whether they had done their homework on Nikola ahead of the deal. GM Chief Executive Mary Barra has said that GM conducted proper due diligence and that the companies had been introduced by Nikola Chairman Steve Girsky, a former GM executive.

Nikola executives have said that the Badger was backed mainly by Mr. Milton and have been seeking to refocus the business on its commercial truck and hydrogen business since Mr. Milton's departure.

"Heavy trucks remain our core business and we are 100% focused on hitting our development milestones to bring clean hydrogen and battery-electric commercial trucks to market," Nikola CEO Mark Russell said.

The companies on Monday also said they would explore the use of GM's electric-vehicle battery technology, called Ultium, in future commercial trucks.

If the agreement outlined Monday comes to fruition, it would mark the first commercial use of GM's hydrogen fuel cells, a technology it began developing in the 1960s.

GM said Nikola would pay upfront for the capital investment needed to engineer and build the fuel cells at a GM facility in suburban Detroit.

The technology uses onboard fuel cells to mix hydrogen and oxygen to produce electricity, which drives the vehicle's electric motors, emitting only water vapor. Several major auto makers have accelerated efforts to develop hydrogen fuel cells for large commercial trucks, maintaining they have advantages over batteries for some uses.

RBC Capital analyst Joseph Spak said Monday that removing the Badger pickup truck made sense for Nikola because it will keep the focus on its core fuel-cell business plan. The startup also would avoid diluting its shares by granting GM the planned 11% stake, he said.

For GM, the new agreement is a solid resolution because it gives the auto maker a potential fuel-cell customer that will fund the capital investment needed to build the cells, Mr. Spak said.

Nikola's core business aims to build and lease hydrogen and battery-powered heavy trucks to commercial customers such as Anheuser-Busch InBev SA that are looking to cut down on the tailpipe emissions of their logistics fleets. Nikola plans to provide not only the trucks, but also the refueling stations and hydrogen fuel necessary to power them.

The company has teamed up with other more established and well-capitalized companies to collaborate on core parts of the business. German auto supply giant Robert Bosch GmbH and European heavy truck maker CNH Industrial NV hold equity stakes and board seats, while providing technology for Nikola trucks.

The now-diminished deal with GM is the second potential alliance disrupted since the publication of the short seller's report. Nikola had also been in talks with companies including oil company BP PLC to jointly build hydrogen fuel stations, but those talks also stalled in September, The Wall Street Journal has reported.

Nikola executives have said talks with potential partners on hydrogen stations are ongoing and the company hopes to announce a deal by the end of the year.

Write to Mike Colias at Mike.Colias@wsj.com and Ben Foldy at Ben.Foldy@wsj.com 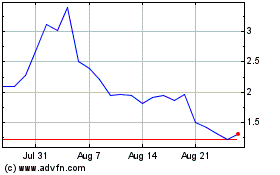 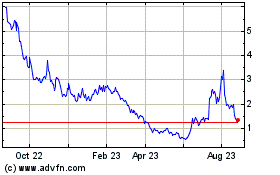 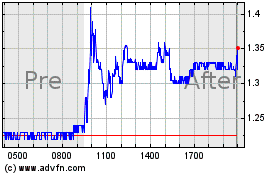