Muscle Maker, Inc. (Nasdaq: GRIL) the parent company of Muscle Maker Grill, Healthy Joe’s & MMG Burger Bar, a fast-casual concept known for serving “healthier for you” meals, today announced that the company, along with its shareholders have elected Major General Malcolm Frost and finance professional Philip Balastos to their Board of Directors.

The company plans to leverage General Frost’s experience in negotiating with the military’s top brass to ensure opportunities are maximized and company military contracts are rolled out efficiently. General Frost has worked with many different management teams on bases throughout the world making him a perfect fit to provide guidance on the company’s non-traditional growth path initiatives. Philip Balastos has a tenured finance background and will bring over 20 years of public markets experience to the board.

Michael Roper, CEO of Muscle Maker Grill, commented, “This is an exciting time for our company right now. We are rapidly executing on our company’s non-traditional growth strategy and as previously mentioned, exploring many different opportunities to grow our corporately owned portfolio including individual locations and potential acquisitions. Having General Frost join our board of directors to provide guidance on our military growth path, in our opinion, is not only game changing, but also frees up managements time to focus on other strategic growth areas. We are very excited and privileged to welcome General Frost and Philip Balatsos to the Muscle Maker team!”

Major General (Ret) Malcolm Frost has 31 years of military experience providing large-scale strategic and operational leadership and oversight in the Indo-Asia-Pacific, Middle East, Europe, and the United States for the United States Army - successfully leading the evolution of soldier training programs in peace and war from platoon through 2-star command level. Maj. Gen. (Ret) Frost has been deployed to combat several times in a variety of leadership and command positions. Since 2019, Maj. Gen. (Ret) Frost served as Executive Consultant for Fortune 500 and larger corporations through Malcolm Frost and Associates LLC. From 2015 through 2019, Maj. Gen. (Ret) Frost served as the Commanding General for the US Army Training and Doctrine Command located at Fort Eustis, Virginia and as the Chief of Public Affairs for the US Army Headquarters based in Washington, DC. Maj. Gen. (Ret) Frost also served as the Deputy Commanding General for Support for the US Army, Deputy Director of Operations for the US Department of Defense and the Director of Operations for the US Army Pacific Headquarters. He deployed to Bosnia-Hercegovina as a company commander in 1995 and deployed twice to Iraq as commander of an 800 person Cavalry Squadron operating in Tal Afar during the Surge in 2006-7, and as commander of a 5K person Stryker Brigade Combat Team operating in Diyala, Salah ad Din, and Kirkuk provinces in 2010-11. Additionally, he deployed as Director of Operations of a 4,000 person airborne brigade task force in Afghanistan in 2002-3. In addition to a Bachelor of Science Degree in Human Resources Management from the United States Military Academy at West Point, Maj. Gen. (Ret) Frost holds advanced degrees from Webster University and the U.S. Army War College in Human Resources Development and National Security Strategy, respectively. He is the recipient of the Distinguished Service Medal x2, Defense Superior Service Medal, Legion of Merit x3, Bronze Star Medal x3, Air Medal, Army Commendation Medal x6 including one for Valor, Combat Infantryman Badge, Master Parachutist Badge and Ranger Tab. He is a Certified Project Director and is the recipient of the U.S. Department of State Meritorious Honor Award for reconstruction, civic and humanitarian achievements while serving in Iraq.

Philip Balatsos. Since 2016, Mr. Balatsos has worked in the restaurant and hospitality industries. In 2018, Mr. Balatsos founded and has served as the owner operator of LAPH Hospitality which operates a café/catering business and also serves as a consultant providing financial, purchasing and usage analysis as well as rollout services pertaining to ordering, invoicing and inventorying systems. From 2016 through 2018, Mr. Balatsos held various positions with Barteca Restaurant Group including Assistant General Manager and Purchasing Manager. Prior to 2016, Mr. Balatsos held various position on Wall Street for 16 years including Vice President, Foreign Exchange Sales/Trading for Credit Suisse, Director, Foreign Exchange Hedge Fund Sales for Barclays Capital and Financial Advisor for Stifel Nicolaus & Co. Mr. Balatsos graduated from Skidmore College in 1999 with a Bachelor of Science in Business Administration and from Institute of Culinary Education in 2016. 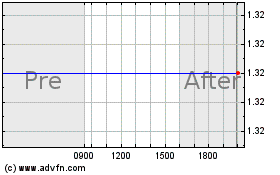