On April 12, 2021, Jeffrey P. Bialos tendered his resignation as a member of the board of directors (the “Board”) of MICT, Inc. (the “Company”), effective immediately. Mr. Bialos resigned to focus on other endeavors and not in connection with any disagreements with the Company.

Effective April 12, 2021, the Board appointed Robert Benton to fill the vacancy created by the resignation of Jeffrey P. Bialos. Mr. Benton assumed his position as a non-executive member of the Board on April 12, 2021.

The following is certain biographical information regarding Mr. Benton:

Robert Benton, age 64, has been the Director and Founder of Anthology Media, Ltd, (formerly Bob & Co, Ltd) where he provides integrated strategies designed to bridge the gap between creativity and finance for TV and film production companies since August 2010. Prior to his employment at Anthology Media, Ltd, Mr. Benton was a Managing Director and Head of Media Investments at Canaccord Adams Ltd., from September 2008 to June 2010, where he focused on marketing, sales, and corporate finance. Mr. Benton was also a Managing Director at Ingenious Media, an investment company specializing in the media, infrastructure, real estate and education sectors from August 2006 to May 2008. Prior to his employment at Canaccord Adams Ltd and Ingenious Media, Mr. Benton was employed as the Chief Executive Officer at Bridgewell Securities Ltd, a United Kingdom investment banking firm, from January 2002 to June 2006. From 1997 to 2001, Mr. Benton served as a Chairman and Chief Executive Officer for Charterhouse Securities Limited. Mr. Benton also served as the Global Head of Sales for ABN-ABRO from June 1994 to June 1997. Prior to that, Mr. Benton was a Managing Director of HSBC James Capel Ltd, from November 1992 to June 1995.

Mr. Benton currently serves as the Deputy Chair of Everbright Securities Financial Holding Limited, which engages in the provision of financial brokerage services. He also sits on the board of directors for International Literacy Properties, a company that works with authors, managers of literary estates and individual heirs to help realize the value from book-based intellectual property. Mr. Benton has served on the board of The Discerning Eye, a United Kingdom based educational charity that promotes a wider understanding and appreciation of the visual arts and further stimulates debate about the place and purpose of art in our society through its annual exhibition. Mr. Benton sits on the Advisory Committee for Nash & Co Capital, Ltd, which is an independent corporate finance and advisory company. Previously, Mr. Benton served as the Chairman of Clarkson Plc, the FTSE 250 shipping group, from May 2005 to January 2015. Mr. Benton holds a degree in Politics and Economics from Exeter University. We believe Mr. Benton is well qualified to serve as a director due to his extensive leadership experience.

There are not any arrangements or understandings between the new directors and any other persons pursuant to which such director was selected as a director.

There are no related-party transactions in which either of the new directors or any of their immediate family members has an interest that would require disclosure under Item 404(a) of Regulation S-K.

A press release announcing the resignation of Mr. Bialos and the appointment of Mr. Benton and Mr. Scott is attached as Exhibit 99.1 to this Current Report on Form 8-K. 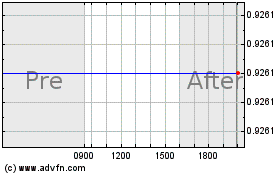