In connection with the Agreement, Franklin J. Miller, M.D. has tendered his resignation from the Board, effective immediately following the conclusion of the 2020 Annual Meeting and following Dr. Miller’s resignation, the Board will appoint Lynne N. Ward, a current director of the Company whose term will expire at the 2020 annual meeting, to fill the unexpired portion of Dr. Miller’s term expiring at the Company’s 2021 annual meeting of shareholders. None of the decisions of Drs. Miller and Liu or Messrs. Karras and Stanger to resign from the Board or to not stand for re-election to the Board were due to any disagreement with the Company, the Board or the management of the Company on any matter relating to the Company’s operations, policies, practices or otherwise.

The Agreement also provides for customary director replacement rights for the Starboard Independent Appointees during the Standstill Period (as defined below), provided that Starboard maintains beneficial ownership above the lesser of (i) three percent (3%) of the then-outstanding shares of Common Stock and (ii) 1,661,521 shares of the Common Stock.

In connection with the Agreement, Starboard will withdraw its nomination of directors for election at the 2020 Annual Meeting and will vote in favor of the slate of directors nominated by the Board for election, and each of the Company’s other proposals, at the 2020 Annual Meeting; provided, however, that if either Institutional Shareholder Services Inc. (“ISS”) or Glass, Lewis & Co., LLC (“Glass Lewis”) recommends otherwise with respect to any of the Company’s proposals at the 2020 Annual Meeting (other than proposals relating to the election of directors), Starboard shall be permitted to vote in accordance with the ISS or Glass Lewis recommendation. Starboard also agreed to appear in person or by proxy at any special meeting of shareholders held during the Standstill Period and, to the extent such special meeting includes the election of directors, vote all shares of Common Stock beneficially owned by Starboard at such special meeting in accordance with the Board’s recommendation on any proposal relating to the appointment, election or removal of directors.

Under the terms of the Agreement, Starboard has agreed to abide by customary standstill restrictions until the earlier of (i) fifteen (15) business days prior to the deadline for the submission of shareholder nominations for directors for the Company’s 2021 annual meeting of shareholders or (ii) one hundred (100) days prior to the first anniversary of the 2020 Annual Meeting (the “Standstill Period”), including that Starboard will not, among other things, (A) engage in any solicitation of proxies of holders of the Company’s securities, (B) seek any additional representation on the Board or (C) make any offer or proposal (with or without conditions) with respect to any merger, tender (or exchange) offer, acquisition, recapitalization, restructuring, disposition or other business combination involving the Company or any of its subsidiaries.

Pursuant to the Agreement, the Board will establish an ad hoc advisory committee (the “Operating Committee”) to work with management to establish operating targets for the Company and recommend such targets to the Board for approval. Following the earlier of the appointment of the Starboard Independent Appointees to the Board (if applicable) or the conclusion of the 2020 Annual Meeting, the Board will take all necessary actions to make the Operating Committee a formal standing committee of the Board until the end of the Standstill Period, unless extended by the Board. For the duration of the Standstill Period, the Operating Committee will consist of both of the Starboard Independent Appointees, James T. Hogan and Fred P. Lampropoulos, the Chairman and Chief Executive Officer of the Company, with Mr. Carpenter serving as the Chairperson.

The parties also agreed to customary mutual non-disparagement obligations and the Company agreed to reimburse Starboard for its reasonable and documented out-of-pocket fees and expenses (including legal expenses) incurred in connection with Starboard’s involvement at the Company through the date of the Agreement, up to a cap of $575,000.

On May 26, 2020, the Company issued a press release announcing the signing of the Agreement. A copy of the press release is attached hereto as Exhibit 99.1.

The foregoing description does not purport to be complete and is qualified in its entirety by reference to the Agreement, a copy of which is attached hereto as Exhibit 10.1 and is incorporated herein by reference.

The information set forth under Item 1.01 of this Current Report on Form 8-K is incorporated into this Item 5.02 by reference.

On May 26, 2020, the Company issued a press release announcing that it received the CE mark for its WRAPSODY™ Endovascular Stent Graft System from the British Standards Institution. A copy of the press release is attached hereto as Exhibit 99.2. 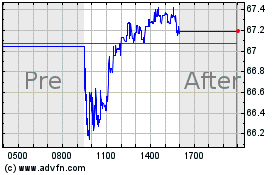