Management Commentary“In the second quarter, we continued to work through several operational obstacles as we progressed with installing miners in Texas in preparation of energization,” said Fred Thiel, Marathon’s chairman and CEO. “In April and May, our bitcoin production was impacted by ongoing maintenance issues at the power generating facility in Hardin, MT that supplies our Hardin-based miners with power. On June 11, the situation was exacerbated by a severe storm that passed through the region, damaging the power plant’s cooling towers and leaving our 30,000 miners in the region without power. According to the most recent reports, these miners, which represent over 75% of our active fleet, appear to be mostly undamaged by the storm. The ground crew at Hardin continues to make progress as they work to bring the power plant and our miners back online in a reduced capacity.

“In Texas, despite multiple assurances that energization would occur in June, Compute North’s energy provider is still awaiting federal agency confirmation of its exempt status for tax purposes based upon its arrangements with Compute North. In the meantime, installations of our miners have been progressing on schedule. We now have 29,640 miners, representing approximately 2.9 exahashes per second, installed and ready for energization in Texas. Approximately 20,000 of these miners, representing an estimated 1.9 exahashes per second, have been installed at Compute North’s first major facility, which is located on a wind farm in West Texas. It is our understanding that the entirety of this first facility, which will house approximately 68,000 of our miners, is still on track to be fully constructed with all miners installed by the end of the third quarter of 2022. The remaining miners are spread across other locations.

“Despite the current operational challenges, we are working to capitalize on hosting opportunities and are actively engaged with various hosting providers. Ultimately, we look forward to working through this near-term friction and striving to solidify Marathon’s position as a leader in our space.”

Update to Operations in Hardin, MTAs discussed in a press release published on June 28, 2022, Marathon’s miners in Hardin, MT have been offline since a severe storm swept through the region on June 11, damaging the power generating facility that supplies power to the Company’s miners. While the most recent reports indicate that the majority of the Company’s miners were undamaged, tests are still being conducted and data is still being aggregated. The ground crew at Hardin continues to make progress as they work to bring the power plant and Marathon’s miners back online in a reduced capacity. The Company is continuing to explore the possibility of expediting its departure from this facility prior to original schedules.

Compute North’s West Texas facility consists of four sections. These sections are being constructed in phases, and in aggregate, they represent 280 MW of capacity for bitcoin mining. The first section is complete and currently awaiting energization. Construction of the remaining sections is proceeding on schedule with the entire 280 MW facility expected to be constructed by the end of the third quarter 2022. Once fully constructed, this facility will house approximately 68,000 of Marathon’s miners, representing 6.8 EH/s. Based on current schedules, Compute North has informed Marathon that 21,000 miners are expected to be installed at this facility in July with an additional 28,000 miners expected to be installed in August.

Given the current construction and installation schedules coupled with the Company’s pipeline of potential new hosting and power arrangements, Marathon continues to expect all 199,000 miners, producing approximately 23.3 EH/s, to be installed by early 2023. Additionally, the Company continues to expect its mining operations to be 100% carbon neutral by the end of 2022.

Bitcoin Production UpdateYear-to-date through June 30, 2022, Marathon’s mining fleet has produced 1,966 bitcoin, a 132% increase over the same time period in the prior year. By month, the Company’s bitcoin production was as follows:

As of June 30, 2022, Marathon held approximately 10,055 BTC, the fair market of which was approximately $198.9 million. The Company has not sold any bitcoin since October 2020. However, as production ramps in the near future, Marathon may sell a portion of its monthly bitcoin production as needed to fund monthly operating costs.

Investor Notice Investing in our securities involves a high degree of risk. Before making an investment decision, you should carefully consider the risks, uncertainties and forward-looking statements described under "Risk Factors" in Item 1A of our most recent Annual Report on Form 10-K for the fiscal year ended December 31, 2021, filed with the SEC on March 10, 2022 and Quarterly Report on Form 10-Q for the fiscal quarter ended March 31, 2022, filed with the SEC on May 5, 2022. If any of these risks were to occur, our business, financial condition or results of operations would likely suffer. In that event, the value of our securities could decline, and you could lose part or all of your investment. The risks and uncertainties we describe are not the only ones facing us. Additional risks not presently known to us or that we currently deem immaterial may also impair our business operations. In addition, our past financial performance may not be a reliable indicator of future performance, and historical trends should not be used to anticipate results in the future. Future changes in the network-wide mining difficulty rate or Bitcoin hash rate may also materially affect the future performance of Marathon's production of bitcoin. Additionally, all discussions of financial metrics assume mining difficulty rates as of July 2022. The total network’s hash rate data is calculated from a third-party source, which is available here: https://www.blockchain.com/charts/hash-rate. Data from third-party sources has not been independently verified. See "Forward-Looking Statements" below.

Forward-Looking Statements Statements made in this press release include forward-looking statements within the meaning of Section 27A of the Securities Act of 1933, as amended, and Section 21E of the Securities Exchange Act of 1934. Forward-looking statements can be identified by the use of words such as “may,” “will,” “plan,” “should,” “expect,” “anticipate,” “estimate,” “continue,” or comparable terminology. Such forward-looking statements are inherently subject to certain risks, trends and uncertainties, many of which the Company cannot predict with accuracy and some of which the Company might not even anticipate and involve factors that may cause actual results to differ materially from those projected or suggested. Readers are cautioned not to place undue reliance on these forward-looking statements and are advised to consider the factors listed above together with the additional factors under the heading “Risk Factors” in the Company's Annual Reports on Form 10-K, as may be supplemented or amended by the Company's Quarterly Reports on Form 10-Q. The Company assumes no obligation to update or supplement forward-looking statements that become untrue because of subsequent events, new information or otherwise.   About Marathon Digital Holdings Marathon is a digital asset technology company that focuses on supporting and securing the Bitcoin ecosystem. The Company is currently in the process of becoming one of the largest and most sustainably powered Bitcoin mining operations in North America, while remaining asset light.

A photo accompanying this announcement is available at https://www.globenewswire.com/NewsRoom/AttachmentNg/3665ba8d-bacf-4a7c-8095-8a8e1d7294e2 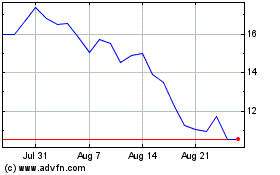 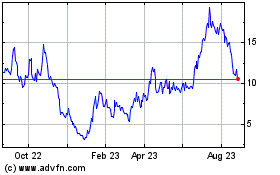 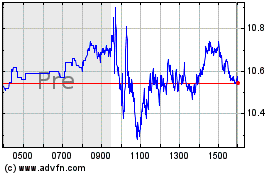