On June 9, 2022 (the “Closing Date”), Lucid Group, Inc. (the “Company”) entered into a Credit Agreement (the “Credit Agreement”) with Bank of America, N.A., as administrative agent (the “Administrative Agent”), as swingline lender and as an issuing bank, and each other lender and issuing bank party thereto from time to time, governing a new $1.0 billion senior secured asset-based revolving credit facility (the “ABL Credit Facility”), which the Company and each other borrower from time to time party thereto (the “Borrowers”) may draw upon from time to time subject to the terms and conditions set forth therein. The ABL Credit Facility includes a $350.0 million letter of credit subfacility and a $100.0 million swingline loan subfacility. Subject to certain terms and conditions, including obtaining such new commitments, the Company may from time to time request one or more increases in the amount of credit commitments under the ABL Credit Facility in an aggregate amount up to the sum of $500.0 million plus certain other amounts.

On the Closing Date, there were no borrowings and no outstanding letters of credit under the ABL Credit Facility.

Borrowings under the ABL Credit Facility mature, and commitments thereunder terminate, on the earlier of (i) June 9, 2027 and (ii) the date that is 91 days prior to the stated maturity date of certain material debt for borrowed money incurred by any of the Borrowers or their restricted subsidiaries in an aggregate principal amount of not less than $500.0 million.

If at any time the sum of the outstanding amounts under the ABL Credit Facility exceed the lesser of (i) the borrowing base and (ii) the aggregate revolving commitments under the ABL Credit Facility (such lesser amount, the “Line Cap”), the Company is required to repay outstanding loans and/or cash collateralize letters of credit in an aggregate amount equal to such excess.

The obligations under ABL Credit Facility are guaranteed by the Company, each other Borrower, if any, and certain other domestic subsidiaries of the Company (collectively, the “Loan Parties”). Obligations under the ABL Credit Facility, and the guarantees of those obligations, are initially secured by a perfected first-priority security interest in substantially all assets of the Loan Parties, subject to certain exceptions, including the exclusion of intellectual property.

Certain Covenants and Events of Default

Prior to the date on which (i) the fixed charge coverage ratio is greater than 1.00 to 1.00 for at least two consecutive fiscal quarters, in each case on a trailing four fiscal quarter basis, and (ii) the Company has elected to cause the fixed charge ratio covenant to become effective (the “FCCR Covenant Trigger Date”), the Borrowers are required to maintain “Liquidity” (as defined in the Credit Agreement) at all times of at least the dollar equivalent of $1.0 billion. Following the FCCR Covenant Trigger Date, if “Specified Availability” (as defined in the Credit Agreement) is less than the greater of (A) $62.5 million and (B) 12.5% of the Line Cap (a “Compliance Period Trigger Event”), the Company is required to comply with a minimum fixed charge coverage ratio of at least 1.00 to 1.00 as of the end of (x) the last quarter immediately preceding the occurrence of such Compliance Period Trigger Event and (y) each subsequent fiscal quarter during such Compliance Period (as defined in the Credit Agreement), and must continue to comply with such minimum fixed charge coverage ratio covenant until Specified Availability is greater than or equal to the greater of (x) $62.5 million and (y) 12.5% of the Line Cap for at least 20 consecutive calendar days.

The Credit Agreement contains customary affirmative covenants, including financial statement reporting requirements and delivery of borrowing base certificates. The Credit Agreement also contains customary negative covenants that limit the ability of the Company and its restricted subsidiaries to, among other things, pay dividends, incur debt, create liens and encumbrances, redeem or repurchase stock, dispose of assets (including dispositions of material intellectual property), consummate acquisitions or other investments, prepay certain debt, engage in transactions with affiliates, engage in sale and leaseback transactions, consummate mergers and other fundamental changes, enter in to restrictive agreements or modify their organizational documents.

The Credit Agreement contains customary events of default (subject to certain exceptions, thresholds and grace periods), such as the failure to pay obligations when due, initiation of bankruptcy or insolvency proceedings, defaults on certain other indebtedness, change of control events, ERISA events, material breach of representations and warranties, failure to perform or observe covenants, material judgements, and invalidity of security interests or guarantees or other obligations. Upon an event of default, the lenders may, subject to certain cure rights, require the immediate payment of all amounts outstanding and foreclose on collateral.

The foregoing description of the terms of the Credit Agreement is not a complete description thereof and is qualified in its entirety by the full text of such agreement which is filed as Exhibit 10.1 hereto and incorporated herein by reference.

The disclosure required by this item is included in Item 1.01 of this Current Report on Form 8-K and is incorporated herein by reference.

On June 15, 2022, the Company issued a press release relating to its entry into the Credit Agreement. A copy of the press release is attached as Exhibit 99.1 to this Current Report on Form 8-K.

The information contained in this Item 7.01 and Exhibit 99.1 attached hereto is being furnished and shall not be deemed “filed” for purposes of Section 18 of the Securities Exchange Act of 1934, as amended (the “Exchange Act”), and shall not be deemed incorporated by reference in any filing under the Securities Act of 1933, as amended, or the Exchange Act, except as expressly set forth by specific reference in such filing. 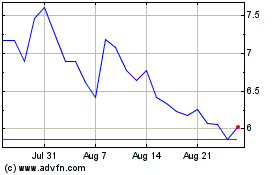 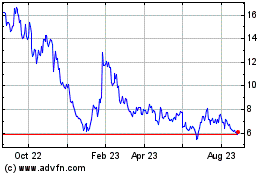 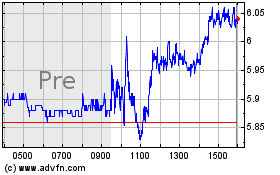