Electric vehicle or EV companies were on an absolute tear in 2020. The stock prices of EV giants such as Tesla (NASDAQ: TSLA) and NIO (NYSE: NIO) crushed the broader market returns due to the accelerated shift towards clean energy solutions and a rapidly expanding market. While Tesla shares were up over 700%, NIO stock soared 1,100% in 2020.

However, the EV space is now heating up and has attracted multiple players. A new entrant in this market was Lordstown Motors (NASDAQ: RIDE) that went public via a SPAC (special purpose acquisition company) merger. While EV stocks have taken a breather in 2021, Lordstown Motors stock has grossly underperformed peers as there are questions raised about the company’s fundamentals as well as credibility. Let’s take a look to see why the Lordstown Motors stock is down 70% from record highs.

Lordstown Motors is a pre-revenue company that aims to sell EV trucks. In January 2021, Lordstown Motors announced it bagged pre-orders for 100,000 vehicle units that will help it generate $5 billion in future revenue. However, noted short-seller Hindenburg Research published a scathing report accusing Lordstown of misleading investors.

According to Hindenburg Research, Lordstown has no sellable product and its orders are “largely fictitious”. It explained Lordstown announced a 14,000-truck deal from E Squared Energy which will allow the company to generate $735 million in sales. However, according to Hindenburg, E Squared is a firm that operates out of a residential apartment in Texas and doesn’t operate a vehicle fleet.

Further, another 1,000-truck order for $52.5 million came from a two-person startup, and this company’s mailing address is based out of a UPS store.

The pre-orders were basically part of marketing relationships and the letters of interest are non-binding. Additionally, Lordstown initially aimed to begin vehicle production in September but has been experiencing delays due to major changes in vehicle designs and management irregularities.

The need for additional capital and management resignations

Lordstown Motors released its first quarter of 2021 results last month and confirmed itU+02019s on track to begin production in Q4 of 2021. However, it also stated that production volume will be 50% lower than estimates and the company is looking to raise capital in order to fund its start-up plans.

In Q1, Lordstown reported a net loss of $125 million. The management team also said it expects to end 2021 with liquidity between $50 million and $75 million in cash after accounting for cost reductions and delayed capital expenditure. Comparatively, operating expenses in 2021 were forecast to rise by an additional $115 million compared to previous forecasts. Lordstown confirmed it will have to raise additional capital and has begun these discussions with stakeholders.

Last week, in a filing with the SEC, Lordstown Motors dropped a bombshell as it warned investors about its precarious cash position. The company ended Q1 with $587 million in cash and an accumulated deficit of $259.7 million.

The filing stated, “Since inception, the Company has been developing its flagship vehicle, the Endurance, an electric full-size pickup truck. The Company’s ability to continue as a going concern is dependent on its ability to complete the development of its electric vehicles, obtain regulatory approval, begin commercial scale production and launch the sale of such vehicles.”

According to Lordstown, the current level of cash and cash equivalents are not sufficient to fund commercial-scale production of its vehicles, thereby raising “substantial doubt” regarding its ability to continue as a going concern.

On June 14, 2021, the CEO and CFO of Lordstown Motors stepped down from their positions after the company’s board of directors concluded that pre-orders were exaggerated and inaccurate. 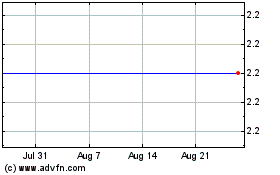 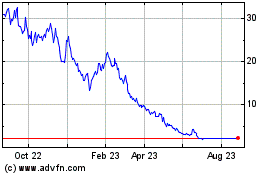 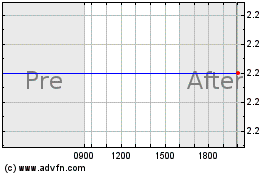