Hindenburg--which holds a short position in Loop stock and said its report is based on photos, internal Loop documents and interviews with former Loop employees--said Tuesday that Loop's scientists were encouraged by management to falsify results about the technology and that other employees were unable to independently reproduce breakthroughs made in a separate lab.

Loop's stock price fell more than 32% Tuesday following the accusations. The stock lost 3.6% more on Wednesday, closing at $7.55 a share.

The Wall Street Journal hasn't independently verified whether the report's accusations are accurate.

Canada-based Loop said Tuesday that Hindenburg's claims were either unfounded, incorrect or that allegations about its "infinitely recyclable" polyethylene terephthalate plastic, commonly known as PET, were "based on the first iteration of Loop's technology, known as Gen 1, which was in use between 2014 and 2017."

"We expect Loop will never generate any meaningful revenue," Hindenburg said, adding that it has submitted its allegations to regulators.

A Loop spokeswoman on Wednesday declined to offer details in response to the other claims in the report.

Loop's promise of "infinitely recyclable" plastic has drawn partnerships from food and beverage companies looking to green up their packaging to meet demand from eco-conscious consumers.

A Coca-Cola spokesman said Loop made an agreement with the company in 2018 so it could supply recycled plastic to the beverage giant's bottlers. But the spokesman didn't share whether Loop had supplied any plastic so far or if Coca-Cola had conducted due dilligence of Loop's technology. A spokeswoman for Coca-Cola's largest bottler in Europe, Coca-Cola European Partners PLC, said it has yet to receive any plastic from Loop.

"It is one of the many technology partners we have engaged with to ensure we have a diversified mix of potential solutions," the Coca-Cola spokesman said. "We know there's more to do and we continue to evaluate several solutions to accelerate commercialization of technologies that allow us to make new bottles out of old bottles."

A Danone spokesman said the company has received plastic from Loop for a small pilot production of recycled bottles to explore the technical feasibility of using Loop's plastic. "We take note of the results of the Hindenburg Research report and will conduct internal research and due diligence," he said.

A PepsiCo representative said she would forward a request for comment to the company's plastics team. An Indorama spokesman said they were still looking into the accusations by Hindenburg.

In September, Loop penned a deal with French waste manager Suez SA to build a factory in a yet-to-be announced location in Europe. The companies said they would decide the factory's location in mid-2021 and expect it to start operating in 2023.

It would be able to produce the equivalent of about 4.2 billion beverage bottles a year made of "100% recycled and infinitely recyclable PET plastic," the companies said.

When asked for comment on whether it had conducted due diligence on Loop's technology, a Suez spokeswoman on Wednesday pointed to Loop's Tuesday statement, which had no mention of the factory deal. She said Suez was waiting for more information before the company could comment further.

Last month, Hindenburg Research accused electric-truck startup Nikola Corp. of being an "intricate fraud" and said its founder Trevor Milton misled investors, leading to Mr. Milton's resignation as executive chairman, which he said would help the company better focus on the business. The allegations prompted a probe by the U.S. Justice Department and the Securities and Exchange Commission.

Nikola denies the allegations and last week presented more information on its hydrogen technology to investors. 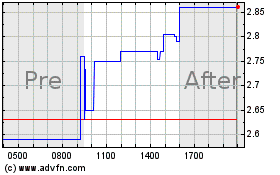