pursuant to Rule 425 under the

Securities Act of 1933 and deemed filed

As previously announced on June 17, 2019, Prosperity Bancshares, Inc. (“Prosperity”) entered into an Agreement and Plan of Reorganization with LegacyTexas Financial Group, Inc., a Maryland corporation (“LegacyTexas”), pursuant to which LegacyTexas would merge with and into Prosperity and Prosperity would continue as the surviving entity (the “Merger”).

On October 8, 2019, Prosperity issued a press release announcing that it has received all regulatory approvals necessary to complete the Merger by November 1, 2019.

A copy of the press release is attached as Exhibit 99.1 and is incorporated herein by reference.

The merger is expected to be effective as of November 1, 2019, subject to the approval of the shareholders of Prosperity and the stockholders of LegacyTexas and the satisfaction or waiver of the other closing conditions described in the definitive merger agreement.

This communication contains statements which, to the extent they are not statements of historical fact, constitute “forward-looking statements” within the meaning of the federal securities laws, including Section 27A of the Securities Act of 1933, as amended, and Section 21E of the Securities Exchange Act of 1934, as amended. From time to time, oral or written forward-looking statements may also be included in other information released to the public. Such statements are typically, but not exclusively, identified by the use in the statements of words or phrases such as “aim,” “anticipate,” “estimate,” “expect,” “goal,” “guidance,” “intend,” “is anticipated,” “is expected,” “is intended,” “objective,” “plan,” “projected,” “projection,” “will affect,” “will be,” “will continue,” “will decrease,” “will grow,” “will impact,” “will increase,” “will incur,” “will reduce,” “will remain,” “will result,” “would be,” variations of such words or phrases (including where the word “could,” “may,” or “would” is used rather than the word “will” in a phrase) and similar words and phrases indicating that the statement addresses some future result, occurrence, plan or objective. These forward-looking statements may include information about Prosperity’s and LegacyTexas’s possible or assumed future economic performance or future results of operations, including future revenues, income, expenses, provision for loan losses, provision for taxes, effective tax rate, earnings per share and cash flows and Prosperity’s or LegacyTexas’s future capital expenditures and dividends, future financial condition and changes therein, including changes in Prosperity’s and LegacyTexas’s loan portfolio and allowance for loan losses, future capital structure or changes therein, as well as the plans and objectives of management for Prosperity’s or LegacyTexas’s future operations, future or proposed acquisitions, the future or expected effect of acquisitions on Prosperity’s or LegacyTexas’s operations, results of operations, financial condition, and future economic performance, statements about the anticipated benefits of the proposed transaction, and statements about the assumptions underlying any such statement. The forward-looking statements are based on expectations and assumptions Prosperity and LegacyTexas currently believe to be valid. Because forward-looking statements relate to future results and occurrences, they are subject to inherent uncertainties, risks and changes in circumstances that are difficult to predict. Many possible events or factors could adversely affect the future financial results and performance of Prosperity, LegacyTexas or the combined company and could cause those results or performance to differ materially from those expressed in the forward-looking statements. Such risks and uncertainties include, among others: the occurrence of any event, change or other circumstance that could give rise to the right of one or both of the parties to terminate the merger agreement, the outcome of any legal proceedings that may be instituted against Prosperity or LegacyTexas, delays in completing the transaction, the failure to obtain necessary regulatory approvals (and the risk that such approvals may result in the imposition of conditions that could adversely affect the combined company or the expected benefits of the transaction) or shareholder approvals or to satisfy any of the other conditions to the transaction on a timely basis or at all, the possibility that the anticipated benefits of the transaction are not realized when expected or at all, including as a result of the impact of, or problems arising from, the integration of the two companies or as a result of the strength of the economy and competitive factors generally, or specifically in the Dallas/Fort Worth area where LegacyTexas does a majority of its business and Prosperity has a significant presence, the possibility that the transaction may be more expensive to complete than anticipated, including as a result of unexpected factors or events,

Additional Information about the Merger and Where to Find It

WE URGE INVESTORS AND SECURITY HOLDERS TO READ THE REGISTRATION STATEMENT ON FORM S-4, THE JOINT PROXY STATEMENT/PROSPECTUS INCLUDED WITHIN THE REGISTRATION STATEMENT ON FORM S-4 AND ANY OTHER RELEVANT DOCUMENTS TO BE FILED WITH THE SECURITIES AND EXCHANGE COMMISSION IN CONNECTION WITH THE PROPOSED TRANSACTION BECAUSE THEY CONTAIN IMPORTANT INFORMATION ABOUT PROSPERITY, LEGACYTEXAS AND THE PROPOSED TRANSACTION.

Prosperity, LegacyTexas and their respective directors and executive officers may be deemed to be participants in the solicitation of proxies from the shareholders of Prosperity and the stockholders of LegacyTexas in connection with the proposed transaction. Certain information regarding the interests of these participants and a description of their direct and indirect interests, by security holdings or otherwise, is included in the joint proxy statement/prospectus regarding the proposed transaction filed with the SEC by Prosperity and LegacyTexas. Additional information about Prosperity and its directors and executive officers may be found in the definitive 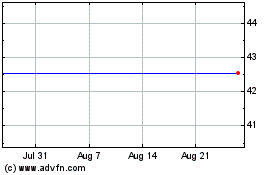 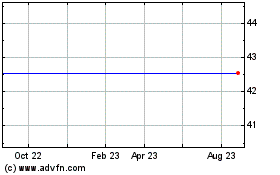 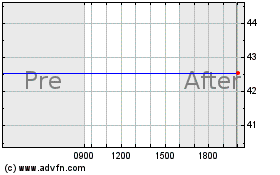