Having more fast-growth stocks like these could rejuvenate a stock market dominated by less dynamic sectors such as banking and property, which include many mainland Chinese enterprises. That would likely boost trading volumes to the benefit of both brokers and the stock exchange, which has been working to lure more technology and health-care businesses.

In 2018, the operator of Hong Kong's stock exchange changed its rules to admit companies with unequal voting rights -- luring groups with existing U.S. listings, like Alibaba, and unlisted startups, like Meituan.

Johnson Chui, head of equity capital markets for Asia Pacific at Credit Suisse -- one of the two sponsors, or most senior banks, on the Alibaba offering -- said the secondary listing reaffirmed the city's status as an important fundraising hub. It gives larger and more well-known branded tech companies the confidence that Hong Kong is another option, other than the U.S., he said.

Bankers and investors say a colder U.S. environment, caused by the U.S.-China trade fight, could prompt other Chinese companies with New York-traded American depositary receipts to follow suit. Sen. Marco Rubio (R., Fla.) has proposed legislation that could ultimately lead to the delisting of some U.S.-traded Chinese companies.

More than 20 large Chinese technology companies with American depositary receipts could qualify for secondary listings in Hong Kong, Goldman Sachs analysts said recently. The largest include JD.com Inc., Baidu Inc. and NetEase Inc. Baidu and NetEase had no comment. A JD.com spokesperson said it had no plan for a secondary listing but would continue to observe market sentiment.

The other prize would be to persuade more unlisted groups, such as Bytedance Inc., owner of video-sharing app TikTok, to follow in the footsteps of handset maker Xiaomi Corp. and app operator Meituan in making their first market debut in Hong Kong.

Shares in Meituan soared 132% in 2019, as investors grew more optimistic about the outlook for the group, whose app allows users to book services such as food delivery and hotels. That has given the company, which floated in September 2018, a market value of roughly $76 billion and made it one of China's most valuable tech firms.

While Hong Kong's rule change allows companies with unequal voting rights such as Alibaba and Meituan to list, they aren't currently allowed to be in the benchmark Hang Seng Index. The Hang Seng lagged behind many global peers in 2019 because of U.S.-China trade frictions and local civil unrest.

The index's sole tech constituent is Tencent Holdings Ltd., potentially limiting its appeal to investors seeking to benchmark their performance against a gauge that represents China's changing, increasingly consumer-driven economy. Hang Seng Indexes Co. will consult early this year about adding companies with dual-class shares to its flagship index, which would bring it into line with rivals such as MSCI Inc. and FTSE Russell.

For executives, part of the city's appeal is that mainland investors can buy Hong Kong securities through Stock Connect, a trading link with Shanghai and Shenzhen.

To be sure, Hong Kong will face competition as a listing venue for Chinese tech from both the U.S. and from mainland China, particularly Shanghai's nascent STAR market. Bankers say the choice depends on factors such as a company's business model, global ambitions and funding needs.

In addition, secondary listings will only work for larger companies with actively traded stocks, said Jwalant Nanavati, head of technology, media and telecom, for Asia ex-Japan in the investment banking division of Nomura. "Most companies still prefer to have only one listing," he said.

Write to Joanne Chiu at joanne.chiu@wsj.com and Jing Yang at Jing.Yang@wsj.com 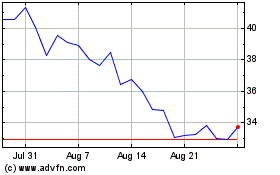 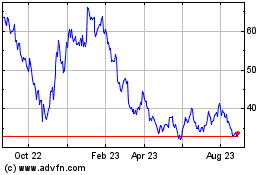 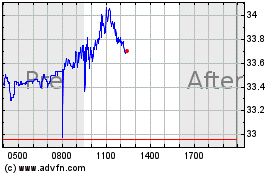