Under the Agreement, the Company agreed to pay Mr. Bellemin an annual base salary of $450,000. In addition, the Company agreed to grant Mr. Bellemin an option (the “Option”) to purchase up to an aggregate of 150,000 shares of the Company’s common stock. The grant of the Option will become effective on the Effective Date, will have a ten-year term, and will have an exercise price equal to the closing trading price of the Company’s common stock on the Effective Date. Provided that Mr. Bellemin is still employed with the Company on the following dates, the Option will vest in installments as follows: (i) options for the purchase of one-third of the 150,000 shares shall vest on the one-year anniversary of the Effective Date; and (ii) the remaining options shall vest as to one-twelfth of 150,000 shares at the end of each quarter over the next two years, commencing with the first quarter following the first anniversary of the Effective Date. Upon the termination of Executive’s employment with the Company, except as otherwise provided in the Agreement, the unvested Options will be forfeited and returned to the Company.

Mr. Bellemin will be eligible to participate in the Company’s annual cash bonus program applicable to executive employees, as approved annually by the Board of Directors. The maximum potential amount payable to Mr. Bellemin under the bonus plan, if earned, will be 40% of his base salary earned during the applicable calendar year. Compensation under the bonus plan will be conditioned on the satisfaction of individual and corporate objectives, as established in writing by the Company, and on the condition that Mr. Bellemin is still employed by the Company on the payment date of the bonus compensation.

Mr. Bellemin’s employment with the Company will be “at-will” and will not be for any specific period of time. If the Company terminates Mr. Bellemin without cause, Mr. Bellemin will receive (i) his base salary through the date of termination; (ii) a severance payment equal to six months of his then base salary, provided he satisfies the severance conditions set forth in the Agreement; and (iii) any benefits required to be paid in accordance with applicable benefit plans through the date of termination. Mr. Bellemin will also be entitled to certain severance payments if he is terminated without cause in connection with a “change of control” (as defined in the Agreement) of the Company.

Mr. Bellemin, 48, served as Executive Vice President of Finance and Chief Financial Officer of Gritstone Oncology, Inc., from January 2018 to November 2020. Prior to Gritstone, from January 2008 to December 2017, Mr. Bellemin served as senior vice president, market access, business solutions and services of Actelion Pharmaceuticals US Inc., or Actelion, a biotechnology company, until Actelion was acquired by Johnson & Johnson in 2017. Prior to Actelion, Mr. Bellemin held several financial leadership roles at Guerbet Group. Mr. Bellemin received a university degree in economics, a master’s degree in finance from Université Paris Dauphine, a postgraduate degree in finance and accounting from Université Paris II Panthéon-Assas and an M.B.A. degree from the ESSEC Business School in Paris, France.

The Company elected to delay the filing of the disclosure of the appointment of Mr. Bellemin as Chief Financial Officer until the public announcement of his appointment in accordance with the instruction to paragraph (c) of Item 5.02(c) of Form 8-K.

On December 14, 2020, the Company issued a press release announcing Mr. Bellemin’s appointment as the Company’s Chief Financial Officer. The full text of the press release is attached hereto as Exhibit 99.1 and incorporated herein by reference. 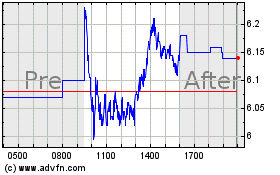