During the broadcast, Lexus Melbourne Cup fans will witness Inspired's ultra-realistic 3D CGI representation of the Cup featuring 24 past champions as selected by a panel of experts from more than 100 past Cup stars.  Historical information about these horses and their racing records has been built into the software, which helps to determine the probability of their potential finishing positions.  This probability is based on their past form and performance in other races. With the outcome already known in advance by a select few creating the race, punters will not be able to place a bet on the great race.

VRC Chairman Amanda Elliott said the virtual race will unite and excite Australians in the lead-up to the 2020 Lexus Melbourne Cup. "Lexus Melbourne Cup The Race of Dreams will reignite time-old debates about Australia's greatest stayer. We want everyone to embrace the concept, whether that be running a traditional Cup Day sweep with family and friends for the virtual race, or posting who you think will win on social media tagging @FlemingtonVRC, which will ensure bragging rights are yours should your tip take out Lexus Melbourne Cup The Race of Dreams."

As the pioneer of Virtual Sports, Inspired has re-created the action of the world's most popular sports for more than a decade.  Inspired has famously created virtual versions of the Kentucky Derby in the U.S. and the Grand National in the UK.  Both of these were broadcast on national television with millions of viewers, proving Virtual Sports are realistic enough to take center stage.

"We could not be more excited about working with the VRC and its media partners to create this celebration of Australian racing history," said Steve Rogers, Inspired Chief Commercial Officer for Virtual Sports.  "The Lexus Melbourne Cup is one of the world's greatest horse races, and its winners include a roll call of some of the sport's biggest icons.  Bringing 24 of those icons back to the turf is every racing fan's dream come true. It's an honor to have this role in Lexus Melbourne Cup Day, and we can't wait to show Australia the quality of our state-of-art virtual sports."

Inspired's award-winning Virtual Sports are popular worldwide, appealing to a wide variety of players through more than 40,000 retail channels and 100+ websites in 35 countries.  Trailers and demos of the latest Virtual Sports offerings are available at www.inseinc.com/virtuals/.

Inspired offers an expanding portfolio of content, technology, hardware and services for regulated gaming, betting, lottery, social and leisure operators across retail and mobile channels around the world. The Company's gaming, virtual sports, interactive and leisure products appeal to a wide variety of players, creating new opportunities for operators to grow their revenue. The Company operates in approximately 35 jurisdictions worldwide, supplying gaming systems with associated terminals and content for more than 50,000 gaming machines located in betting shops, pubs, gaming halls and other route operations; virtual sports products through more than 44,000 retail channels; digital games for 100+ websites; and a variety of amusement entertainment solutions with a total installed base of more than 19,000 devices.  Additional information can be found at www.inseinc.com.

This news release may contain "forward-looking statements" within the meaning of the "safe harbor" provisions of the U.S. Private Securities Litigation Reform Act of 1995. Forward-looking statements may be identified by the use of words such as "anticipate," "believe," "expect," "estimate," "plan," "will," "would" and "project" and other similar expressions that indicate future events or trends or are not statements of historical matters. These statements are based on Inspired's management's current expectations and beliefs, as well as a number of assumptions concerning future events.

For Press and Sales 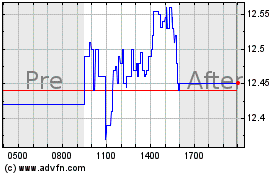